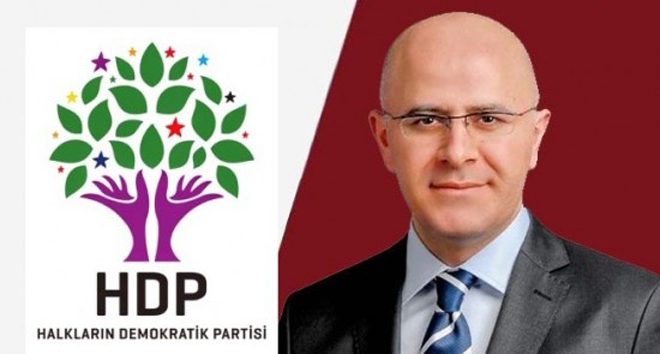 Kurdish parliamentarian from Turkey, Dr. Hisyar Ozsoy (HDP), will be arrested after his visit to Canada and the US

(HORIZON WEEKLY) Montreal June 21 2017 – Dr. Hisyar Ozsoy, a Kurdish member of parliament in Turkey with the pro-minority and pro-women Peoples’ Democratic Party (HDP), expects to be arrested next week upon his return to Turkey after a month long trip in Canada and the United States.

“I am determined to return to Turkey to stand up for those who elected me. I am not afraid. That is the reality of politics and life today under the Erdogan regime,” Dr. Ozsoy told a meeting at the Armenian Cultural Centre in Montréal just last week. Dr. Oszoy, who is also a US citizen, is the Vice Co-Chair and the Foreign Affairs Spokesperson of the HDP.

During his trip to Canada, Dr. Ozsoy was invited to visit the National Assembly in Quebec City, where a ground breaking unanimous motion was passed in solidarity with imprisoned citizens, journalists and HDP parliamentarians and mayors in Turkey. There are currently eleven members of the Turkish parliament and 86 mayors (most of whom are Kurdish) who are still detained among a total of 108 000 people who have been detained in Turkey since July 2016.

The motion, which is the first to be passed by a legislative assembly in Canada, was appreciated by Dr. Ozsoy: “I thank the people of Quebec, through their elected officials, for sending a strong message of support to the people of Turkey.”

An attempt to pass a similar motion (which wasn’t tabled) in the House of Commons in Ottawa was rejected by the Liberal government of Justin Trudeau despite support from the Conservatives, Bloc Quebecois, NDP and Green Party.

Also, Monday June 19th 2017, the trial of the Co-Mayor of the major city of Diyarbakır, Gültan Kışanak, began in Turkey. She faces up to 230 years in prison. The Congress of Local and Regional Authorities of the Council of Europe and the UN Office of the High Commissioner for Human Rights have denounced her detention as contrary to human rights standards set forth in international treaties ratified by Turkey and cities like Madrid and Barcelona have formally expressed their solidarity with her situation in letters to the Turkish embassy in Spain.

The organizers of Dr. Ozsoy’s trip to Canada, the Kurdish Democratic Federation of Canada, the Armenian National Committee of Canada, the Montreal Kurdish Solidarity Network, Voices in Dialogue Ottawa, the Kurdish Youth Association and Academics for Peace are calling for the Canadian government to end its silence on the crackdown against opposition movements in Turkey, and the Kurdish people in particular. These Canadian organizations call upon the Trudeau government to end its silence and to take urgent action as the Turkish government puts yet another opposition leader behind bars.