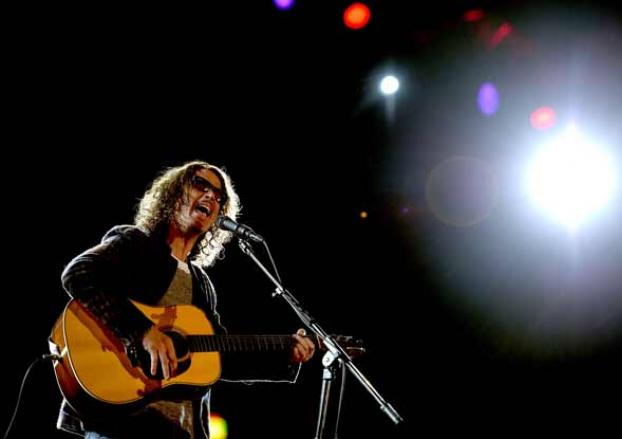 Glendale, CA – The Armenian National Committee of America-Western Region will pay tribute to the late famed musician and songwriter, Chris Cornell at the ANCA-WR Annual Gala Banquet to be held on October 8, 2017 in Beverly Hills, California. Cornell is also known for his philanthropic work with refugees and his commitment to raising awareness for the Armenian Genocide.

“With the tragic passing of Chris Cornell earlier this year, the world lost a highly influential and compassionate voice in the fight to uphold human rights and justice for all oppressed people who suffer at the hands of evil. The Armenian People in turn lost a genuine ally in its struggle for justice for the Armenian Genocide, but we are fortunate to have the final gift of his theme song for The Promise and all his efforts to promote this important film. For this reason, we deemed a tribute to Chris Cornell at our Annual Gala Banquet to be a fitting show of appreciation and gratitude for his groundbreaking work for the Armenian Cause,” remarked Nora Hovsepian, Chair of the ANCA-WR.

Known as one of the chief architects of the 1990’s grunge scene, Cornell was a talented songwriter with a passion for humanitarianism. Cornell was a talent beyond words, having received multiple Grammy Awards. Perhaps most recently known for his work on the motion picture, The Promise, Cornell wanted to fix the world one stanza at a time. Unfortunately, this song will be his last gift to the world, but one with a monumental legacy.

Cornell officially began his music career in 1984 when he formed the band SoundGarden. Cornell served as the band’s lead vocalist, and SoundGarden became the first grunge band to sign with a major label – A&M Records- in 1988. SoundGarden quickly became one of the most successful bands emerging from the Seattle grunge scene and went on to win two Grammy Awards.

Cornell was focusing on his second solo album when the newly-formed group, Audioslave recruited him. Cornell became the lead vocalist, where his talent was quickly established and was described as, “Sounding transcendent,” by fellow Audioslave member Tom Morello. Cornell led the band to success and the group was nominated for five Grammy Awards in a two-year span.

Despite his commercial success, Cornell kept his benevolent disposition. In 2017 Cornell wrote the theme song for The Promise, ultimately becoming one of his biggest hits. Cornell cited a connection with The Promise through his Greek wife, whose family had been affected by the Armenian, Greek, and Assyrian Genocide. This prompted his family to tour refugee camps in Greece, where they formed the Chris and Vicky Cornell Foundation, to help aid child refugees and the issues affecting them. At the time of the song’s release, Cornell stated, “[The Promise] is mainly about paying homage to those we lost in the Armenian Genocide, but it’s also about shining a light on more recent atrocities.” Cornell also donated the proceeds from The Promise to the International Rescue Committee, a humanitarian group which responds to the world’s worst crises. It is through his honorable work to raise awareness for the Armenian Genocide that the ANCA-WR will pay tribute to Chris Cornell at the 2017 Annual Gala. The tribute will be presented by Terry George, who directed The Promise. It was earlier announced that George will be receiving the ANCA-WR Arts and Letters Award at the Gala Banquet.

As Cornell once noted, “We must educate and stand as one to combat this fear and violence, and as citizens of the world, work to protect each other’s human rights.”

The 2016 ANCA-WR Annual Gala Banquet will be held on Sunday, October 8, 2017 at the Beverly Hilton Hotel, in Beverly Hills, California. The main event will begin at 4:30p.m. with cocktails, hors d’oeuvres, and a silent auction. A three-course dinner will follow at 6:00 p.m.accompanied by a powerful program and presentation of awards.

Individuals interested in attending the Annual Gala Banquet are encouraged to purchase tickets or obtain individual or corporate sponsorship information online at www.ancawr.org/gala or call (818) 500-1918. For up to the minute updates on the event follow ANCA Western Region on social media: facebook.com/ANCAWesternRegion, Twitter and Instagram: ANCA_WR

The ANCA-WR Gala Banquet represents the single largest annual gathering of Armenian American public policy leaders throughout the western United States, and is attended by over 1,000 prominent Members of Congress, state legislators and officials, community leaders, and many of the organization’s strongest activists and generous donors from California, Nevada, Arizona, and throughout the western United States.