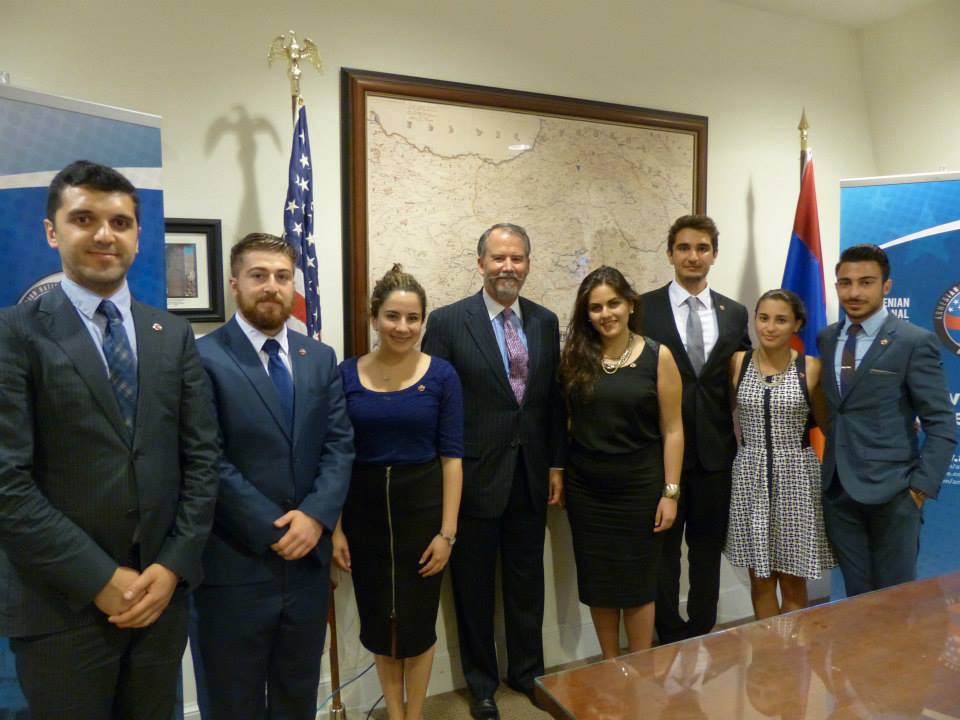 WATERTOWN, Mass.—The Armenian National Committee of America Eastern Region (ANCA-ER) is now accepting applications for the 2016 Leo Sarkisian Internship (LSI) Program in Washington, DC. The eight-week-long program, now in its 31st year, is a great opportunity for students to learn the inner workings of the nation’s capital and the Armenian Cause. This year, the program will run from June 20 to Aug. 12. The postmark deadline for the application is March 1.

“In today’s competitive world, it’s practically impossible to land a full-time job without internships. Upon learning about the wonderful internship opportunity offered by the ANCA, I started working on my paperwork without wasting a minute. The benefits of being an intern at the ANCA office in Washington DC were many, to say the least. Besides accumulating new skills, establishing important relationships, and getting a hands-on experience in politics, I was beyond elated to work with people who tirelessly fight for the Armenian Cause,” said 2015 LSI participant from Minnesota Erik Khzmalyan, adding, “Throughout my internship, I conducted various research projects, visited Capitol Hill to meet with legislators, and discussed the issues pertaining to U.S.-Armenia relations. I had my modest contribution in helping the ANCA in its endeavors. Undoubtedly, I gained a ‘real world’ experience on the occupation that I chose–and that is politics.”

The LSI Program is a cornerstone of the ANCA’s nationwide efforts to educate, motivate, and activate Armenian-American youth to expand advocacy efforts in their hometowns and campuses. During the eight-week Washington, DC program interns are housed at the ANCA Martha Aramian Armenian Cultural Center—a landmark property in downtown Washington, DC that serves as the home and permanent headquarters of the LSI Program and the Hovig Apo Saghdejian Capital Gateway Program. The house is located only a short walking distance from the ANCA National Headquarters.

Participants work on a wide variety of projects based on their individual interests, while gaining hands-on experiences within the American political system. Special lecture series features guest lecturers, including Members of Congress, Ambassadors, and Armenian-American leaders. Interns also receive weekly stipends for the duration of the program.

Established in 1985, the ANCA Summer Internship Program is named after the late Leo Sarkisian, an ANCA Eastern U.S. leader who spearheaded grassroots activism for more than four decades. The program has hundreds of alumni across the world, spreading the message of truth and justice for the Armenian Genocide, freedom for Artsakh, and a secure, prosperous, and democratic Armenian homeland.

For Leo Sarkisian Internship applications visit: https://anca.org/leo-sarkisian-internship/. Applicants must complete the forms corresponding to their respective region and return them to the Eastern Region or Western Region headquarters by March 1 to be considered for the 2016 program. Applications will be reviewed and those deemed qualified will be invited for an interview before final selections are made in May 2016. For more information, contact your ANCA regional headquarters at (917) 428-1918 or ancaer@anca.org for the Eastern Region and (818) 500-1918 or ancawr@anca.org for the Western Region.