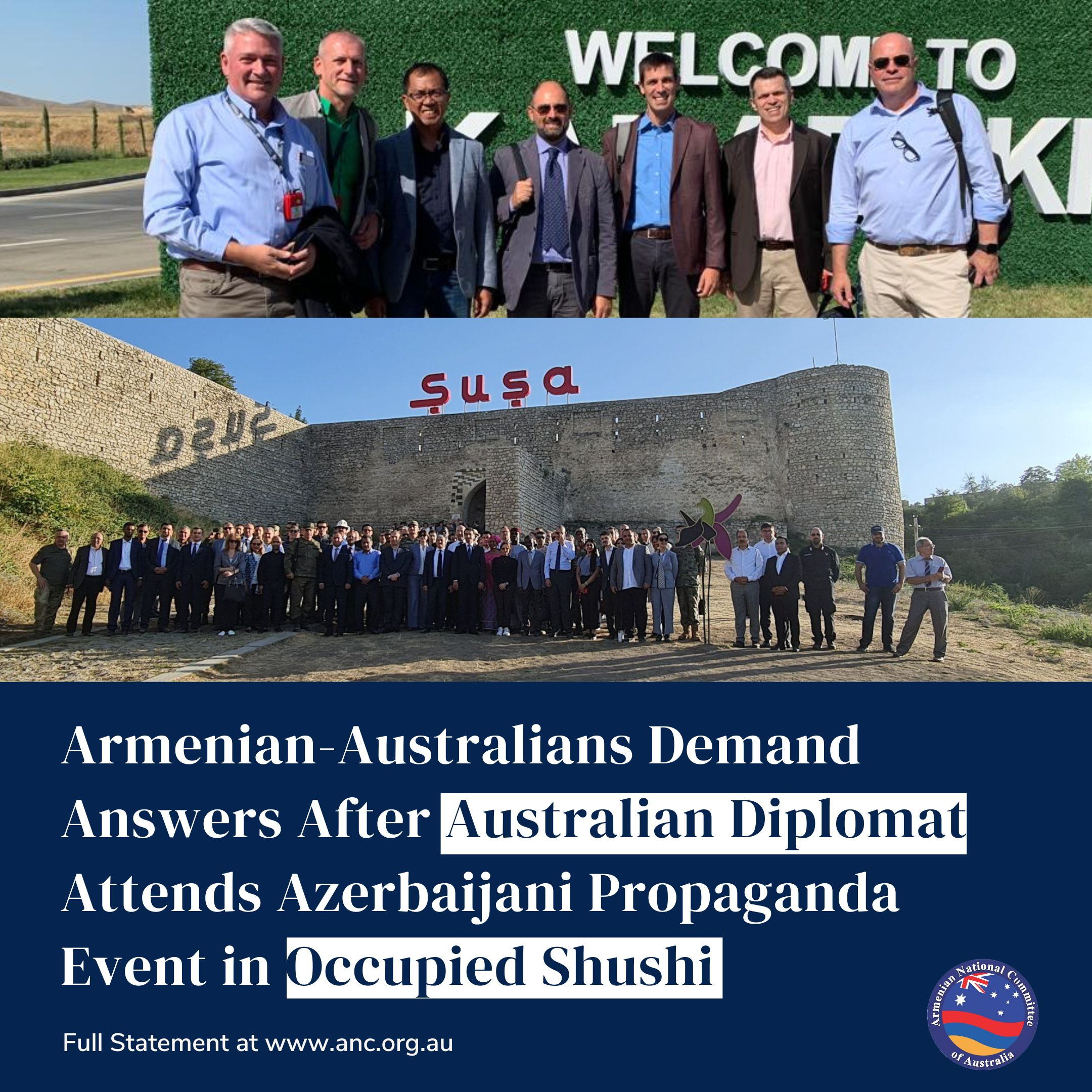 The Armenian National Committee of Australia (ANC-AU) has protested on behalf of the Armenian-Australian community with a letter to the Department of Foreign Affairs and Trade (DFAT), following the participation of a representative of Australia’s Embassy to Turkey and Azerbaijan to a propaganda event hosted by Baku in the ethnically cleansed and occupied village of Shushi in the Republic of Artsakh.

Defence Attaché, Captain Ben Esler was in Shushi for a “reconstruction conference” hosted by Azerbaijan’s petro-dictatorship of Ilham Aliyev despite Australia’s allies who Co-Chair the United Nations-sanctioned OSCE Minsk Group, the United States and France, boycotting the event being hosted in a village that has been ethnically cleansed of its Armenian populations, where Armenian churches are being converted into mosques.

In the ANC-AU’s letter, Executive Director Michael Kolokossian questioned the unacceptable decision of Australia to participate in the event.

Kolokossian asked: “In what wisdom did Australia feel obliged to visit the currently occupied, and ethnically cleansed territory of Shushi whilst our closest allies––most notably the U.S and France of the OSCE Minsk Group, tasked with managing a peaceful resolution to the conflict––rejected invitations to the ‘reconstruction conference’ in Shushi which has never been part of Azerbaijan?”

Kolokossian added: “The Azerbaijani government is not ‘reconstructing’ Shushi, they’re dismantling and desecrating the sacred Armenian Holy Saviour Cathedral, falsifying the region’s historical roots as part of their propaganda campaign in claiming ownership of a region that was never there.”

The ANC-AU letter has requested an urgent meeting with members of the Department of Foreign Affairs and Trade to discuss this grave and concerning matter to the Armenian-Australian community.

Earlier, Australia’s Ambassador to Turkey, Miles Armitage, celebrated the visit of his Defence Attaché in a Twitter post.