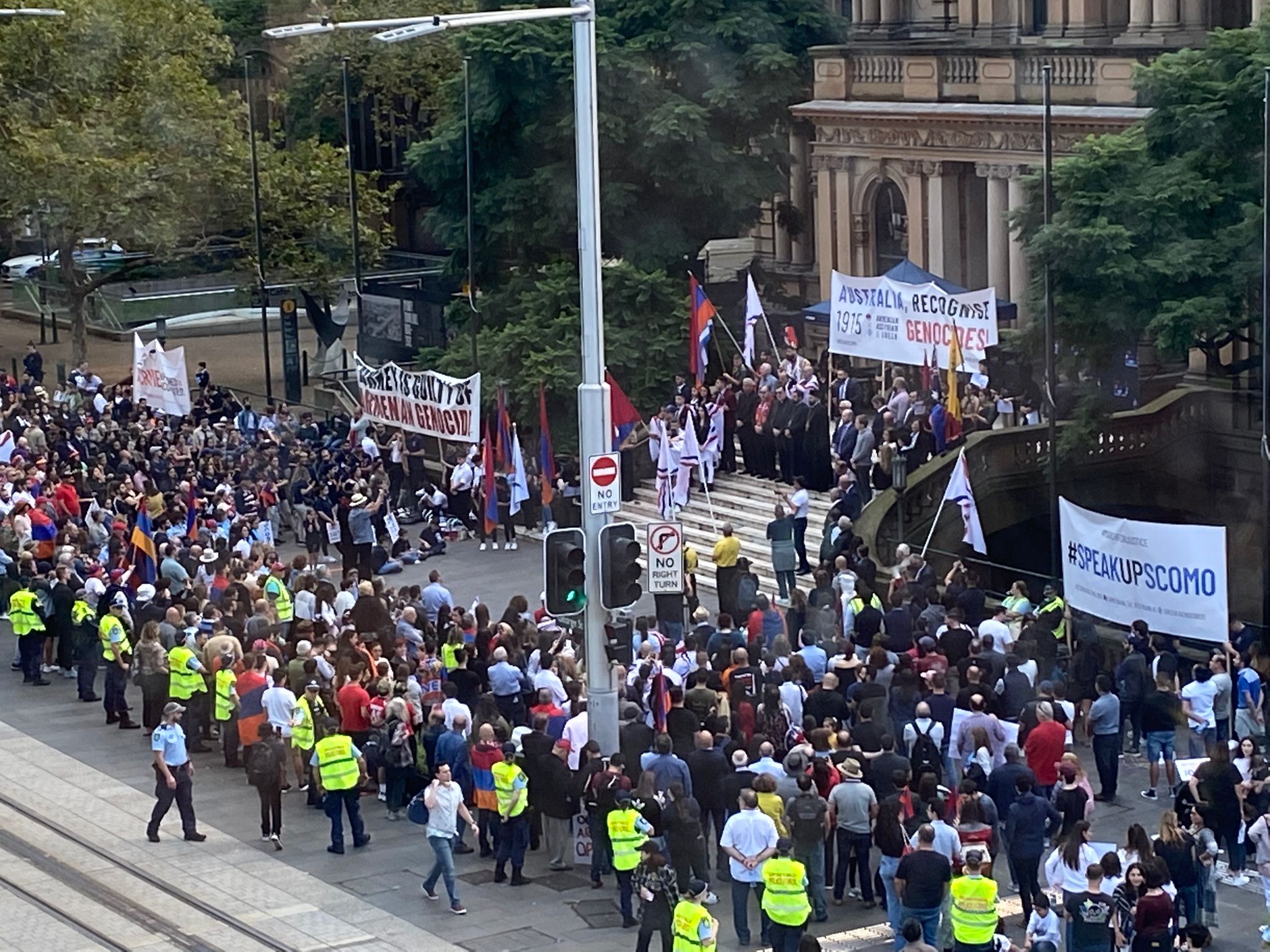 SYDNEY & MELBOURNE: Simultaneous marches in Sydney and Melbourne brought the bustling city centres to a halt on 24th April 2022, as over 2,000 Armenian-Australian, Assyrian-Australian and Greek-Australian protesters called upon Australia’s Prime Minister Scott Morrison and Leader of the Opposition Anthony Albanese to take what organisers are calling the “final step” and accurately recognise the genocides committed against their ancestors, reported the Armenian National Committee of Australia (ANC-AU).

Canberra was sent a clear message on the date marking the 107th Anniversary of the Armenian Genocide, as marchers chanted #SpeakUpScomo and #SpeakUpAlbo on the day both leaders stopped short of characterising the 1915 massacres as Genocide.

In his 2022 Armenian Genocide commemorative statement, Prime Minister Morrison expanded on his 2021 statement by adding descriptors such as “massacres” and “expulsion” to the already-used “deportations, dispossession and deaths”. He also referred to the first genocide of the 20th century as “one of the greatest crimes in modern history”.

Opposition Leader Albanese used similar terminology on his way to calling on “Turkey to come to terms with its own history”.

While these statements went as far as statements can go without characterising the events of 1915 as genocide, the Armenian-Australian, Assyrian-Australian and Greek-Australian communities were frustrated and let it be known that their expectation was for the Prime Minister and Opposition Leader to take the final step and accurately characterisation of the 1915 massacres as genocide.

The annual #MARCHFORJUSTICE was co-sponsored by the Joint Justice Initiative and was held in both Sydney and Melbourne on Sunday 24th April 2022, bringing together descendants of survivors and victims of the three persecuted groups of the Genocide committed by the Ottoman Empire.

Over 500 turned out in Melbourne and more than 1,500 participated in Sydney, bringing the Central Business Districts to a stop. Guided by the NSW Police, the peaceful protesters gathered at St Mary’s Cathedral and marched down Macquarie Street, Hunter Street, Market Street, through the Pitt Street intersection, and York Street, before ending at Town Hall for a special program.