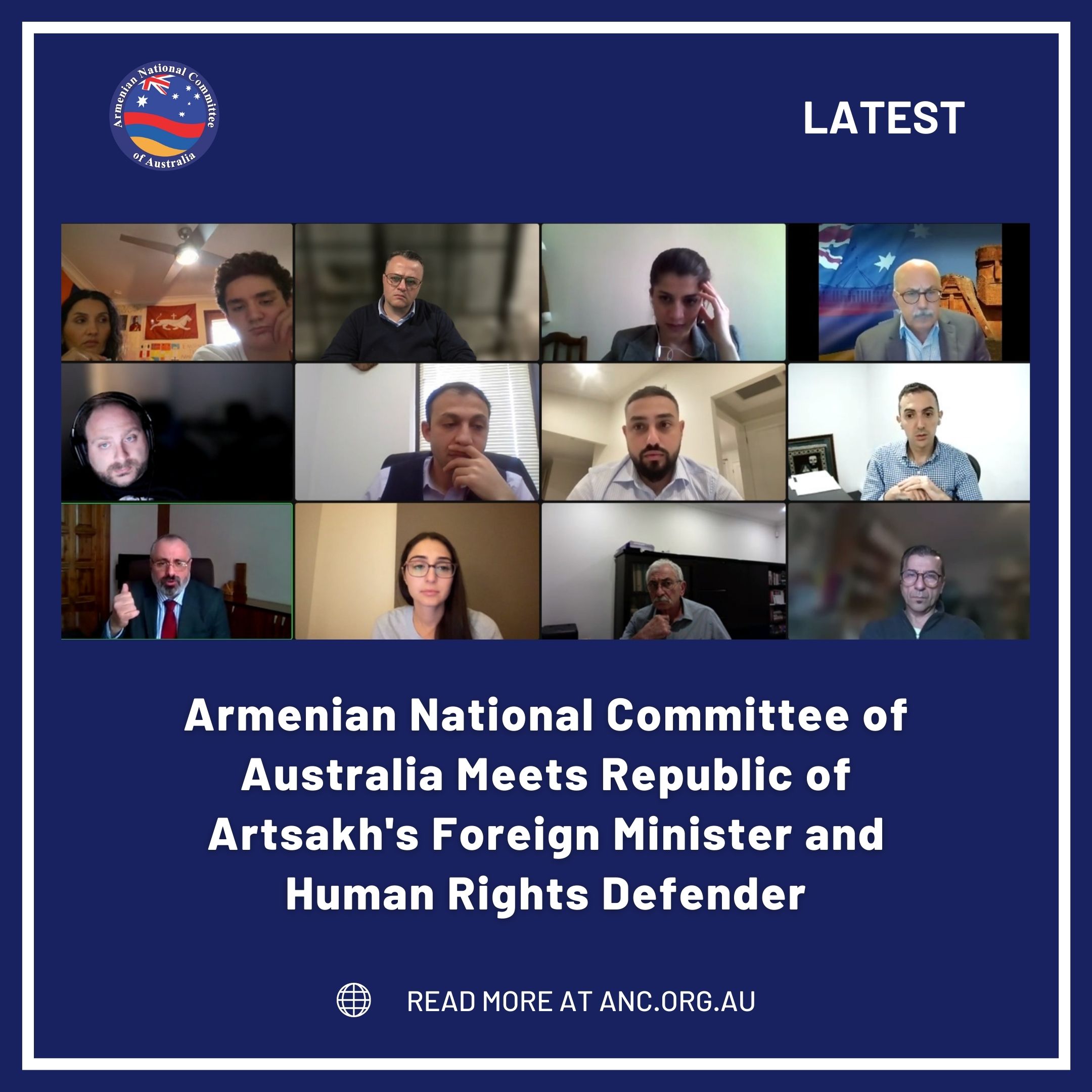 Members of the Armenian National Committee of Australia (ANC-AU) Board, Office and Branches held an emergency meeting with the Republic of Artsakh’s Foreign Minister H.E. David Babayan and Human Rights Defender Mr. Gegham Stepanyan in light of the extreme humanitarian crisis unfolding in the country as a result of ongoing Azerbaijani terror and war crimes.

The virtual meeting on 31st March 2022 was organised by the ANC-AU, in conjunction with the Permanent Representative to the Republic of Artsakh in Australia, Mr. Kaylar Michaelian.

Babayan and Stepanyan briefed the guests, who included ANC-AU representatives from Sydney, Melbourne and Perth, on Azerbaijan’s most Mirecent acts of aggression against the Parukh region, resulting in the evacuation of hundreds of women and children as well, as the disruption of gas pipelines between Armenia and Artsakh, which has suspended vital heating to homes, schools and hospitals to the over 100,000 citizens of Artsakh.

Babayan applauded efforts undertaken by Russian peacekeepers to solve the developing issues. Similarly, he also commended the activities of other non-government and international bodies, including the European Parliament, who continue to speak out against the Azerbaijani government’s unprovoked aggression against Armenians.

Stepanyan, in his capacity as the Human Rights Ombudsman, discussed the immense pressure being applied against the everyday civilians of the Republic of Artsakh, who are facing the very imminent and daily threat of ethnic cleansing.

He said Artsakh needed greater international condemnation by nation states and organisations, including Human Rights Watch and Freedom House, who have used their platforms to condemn the petro-dictatorship’s inhumane attempts to remove the indigenous Armenian population from their ancestral homelands.

The Armenian National Committee of Australia went on to provide an update on the Armenian-Australian community’s domestic efforts in support of the people of Artsakh, which was appreciated by the Stepanakert officials, who also answered important questions asked by their compatriots from down-under.

“I look forward to working with the Armenian National Committee of Australia to further expand communication ties between Stepanakert and Sydney to ensure we are doing all we can to support our compatriots in Artsakh,” Michaelian said.

“It is important to note that, for Stepanakert and for the Armenian National Committee of Australia, the independence of the Armenian Republic of Artsakh is non-negotiable,” said Kayserian.

“To achieve this, we need to redouble our efforts in supporting the over 100,000 indigenous Armenians withstanding Artsakh’s campaign of ethnic cleansing by remaining in their homes in Artsakh,” Kayserian added. “We must encourage all those in power to speak against the injustices our sisters and brothers in Artsakh are facing and to speak for their rights to their right to self-determination, security and safety.”