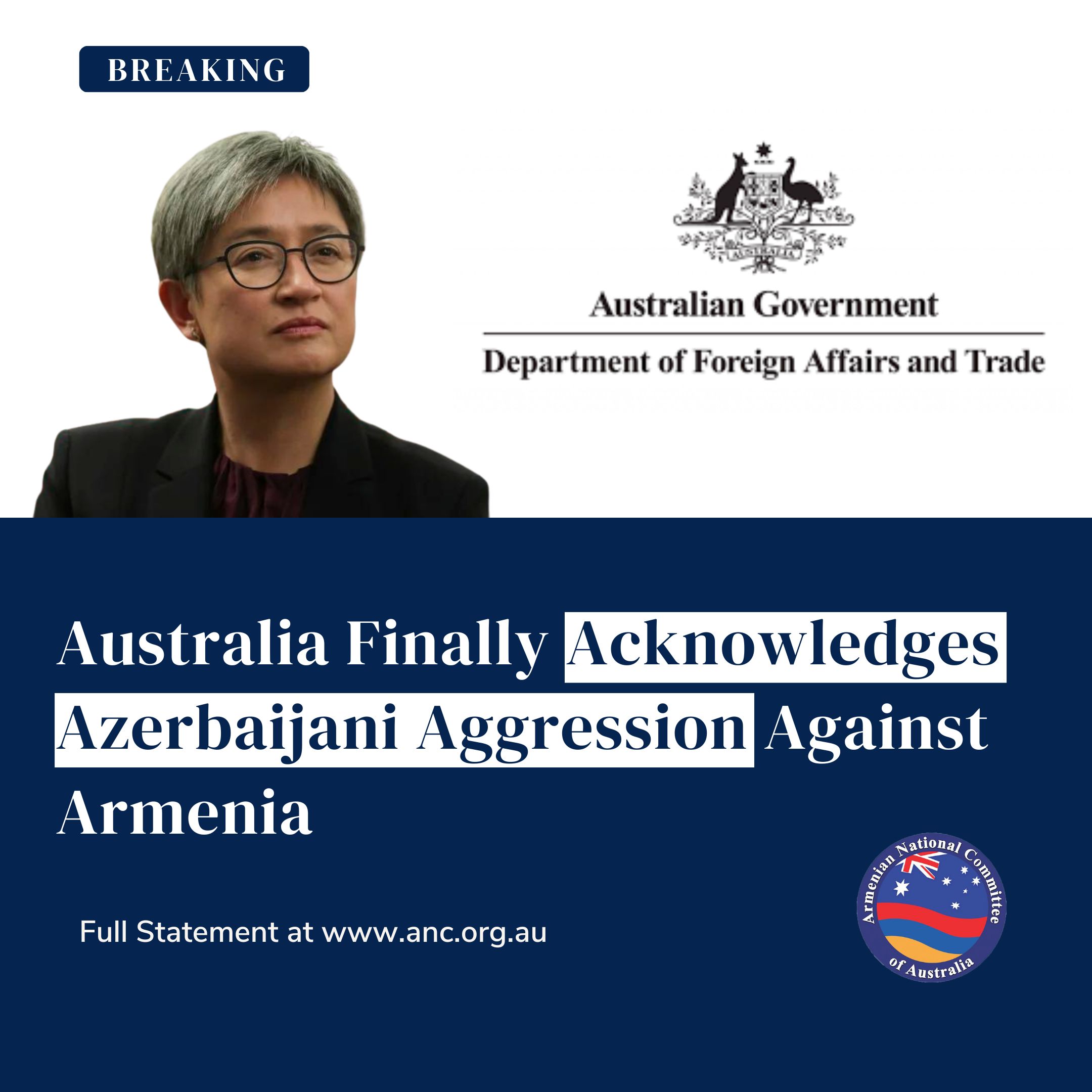 The Australian Government’s Department of Foreign Affairs and Trade (DFAT) has finally named Azerbaijan as the responsible party for a specific series of crimes against Armenian prisoners of war, in response to the Armenian National Committee of Australia (ANC-AU)’s latest appeal to the country’s Foreign Minister, Senator the Hon. Penny Wong.

The ANC-AU received correspondence articulating what represents a significant shift in narrative from DFAT, which had until now preferred statements calling on both sides to show restraint, refraining from joining allies in naming Azerbaijan as the sole aggressor in the South Caucasus conflict targeting Armenia and Artsakh.

The department stated: “The government shares the international community’s condemnation of the deliberate targeting of civilians and mistreatment of military personnel, in particular the reported executions of Armenian troops by Azerbaijani forces and mutilation of a dead female soldier.”

The ANC-AU welcomed the statement received from DFAT on behalf of Minister Wong.

“For the first time, Canberra has called out instances of Azerbaijani aggression against the Republic of Armenia, without resorting to both-sideist, victim-blaming rhetoric, which our community has become accustomed to during the Nagorno Karabakh conflict,” said ANC-AU Executive Director Michael Kolokossian.

“We welcome this as a step in the right direction for Canberra and one that is more aligned with the position of her allies. We now expect our Government will bring Australia to parity with the United States, France and others by calling on the aggressor regime of Azerbaijan to withdraw its invading troops from Armenia’s sovereign borders,” added Kolokossian.

Minister Wong also delivered a similar response to the National Council of Churches of Australia (NCAA) General Secretary Elizabeth Stone, who had joined in conveying the Armenian-Australian community’s concerns over the brutal assault and invasion against Armenia and the desecration of cultural and religious heritage sites in the occupied areas of the Republic of Artsakh.

The Armenian National Committee of Australia extended warm gratitude to all community and religious organisations, grassroots community members and local, state and federal political leaders for advocating for this shift in position by the Australian Government.