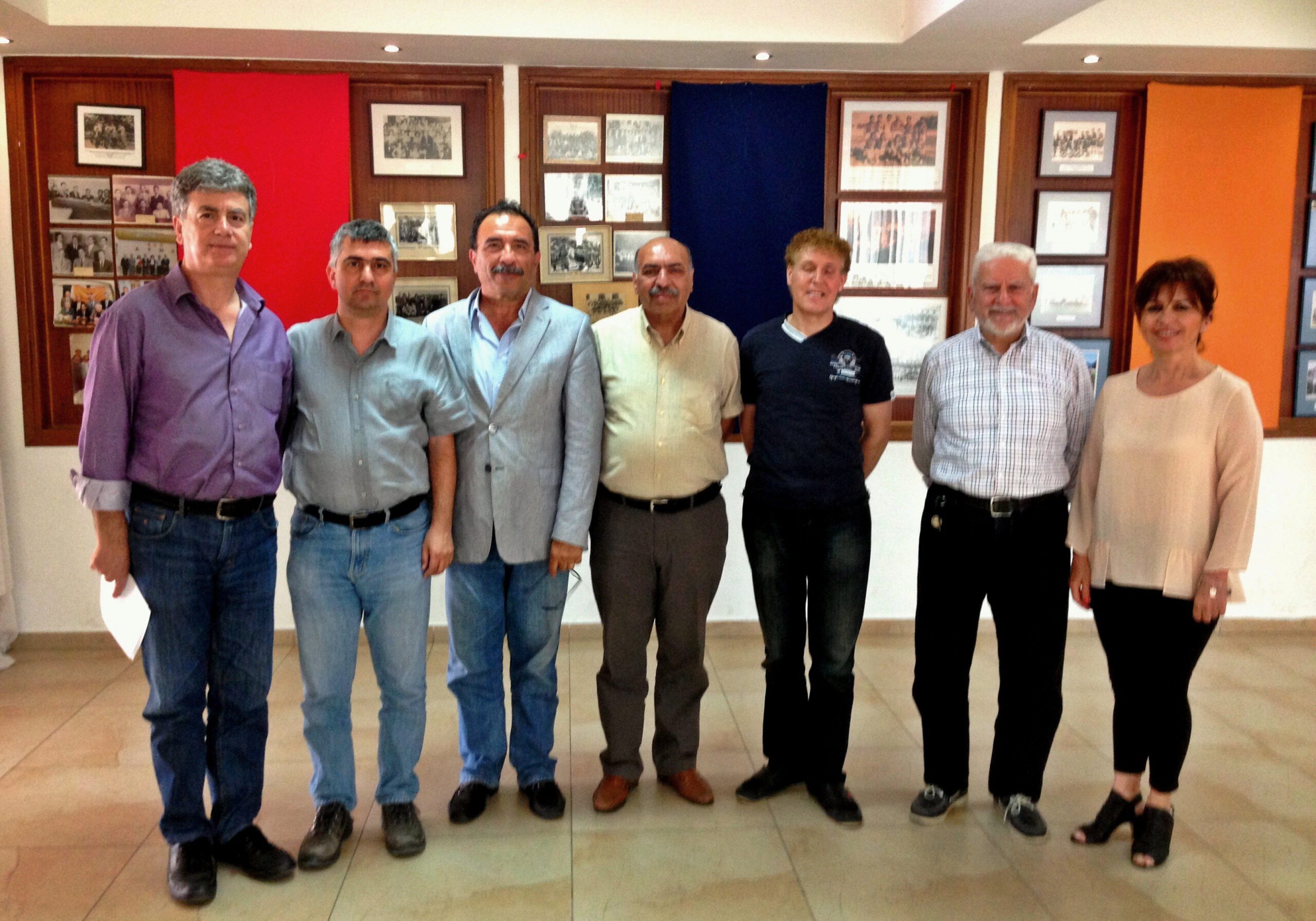 They discussed issues of mutual concern, the prospects of a peaceful settlement of the Cyprus problem to which they re-iterated their commitment. They decided to enhance on a broader level, an exemplary living and working relationship between Turkish-Cypriots and Armenian-Cypriots, which was terminated by invasion and division.

They decided to organise an event in the old Armenian neighbourhood in occupied Nicosia which will take place in 2016. Participating in the meeting were Yeni Kibris Party General Secretary Murat Kanatli as well as YKP Council members Hamit Aygun and Mehmet Karadal and from the Armenian Cypriot side, Simon Aynedjian, Hagop Kazandjian, Arto Tavitian and Lena Bahadourian.