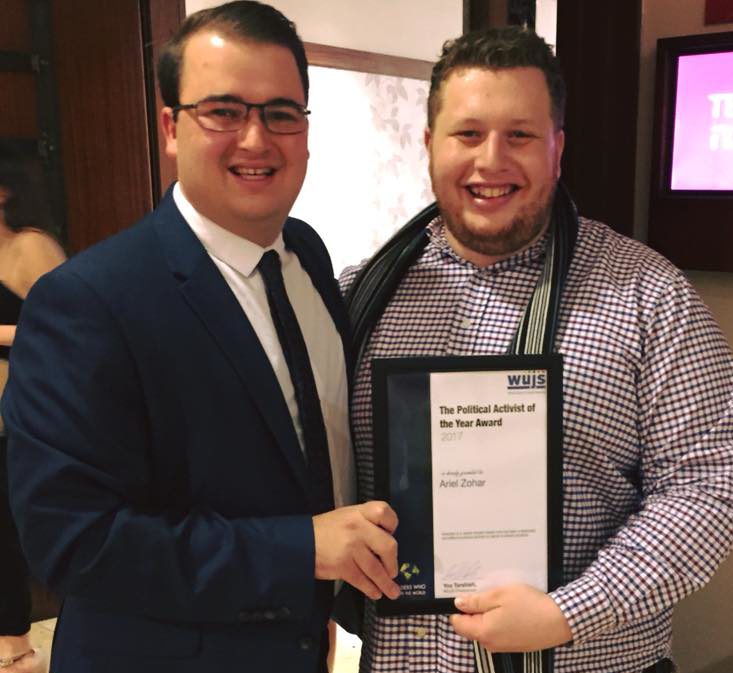 ISRAEL: The World Union of Jewish Students (WUJS) has formally recognised the Armenian Genocide at its 44th World Congress in Israel, after a Jewish-Australian advocate, Ariel Zohar was among the key speakers for the motion, reported the Armenian National Committee of Australia (ANC-AU).

Zohar, who was key behind the recent Victorian Young Labor motion recognising the Armenian Genocide, was joined in his advocacy of this historic motion by Aaron Meyer and Yos Tarshish.

“We thank Ariel Zohar and his colleagues at the World Union of Jewish Students Congress for passing a motion that does not only recognise the genocide committed against the Armenians, Greeks and Assyrians of the Ottoman Empire, it also ‘condemns’ and ‘rejects’ any ‘attempt to deny, distort, or ignore the historical reality of this genocide’,” Kayserian said.

“This sends a strong message to the governments of Israel, and others like Australia, that human rights are not there to be bargained for diplomatic gain, no matter the circumstance,” he added.

The motion reads as follows:

This Congress notes…
That between 1915 and 1923 millions of Armenians, Pontian Greeks and Assyrians were murdered at the hands of the Ottoman Caliphate.
The tragic crime was undisputedly carried out with the genocidal intention of eliminating these Christian communities. This was a premeditated and systematic execution of an estimated 2-3 million civilians; not a legitimate act of war.

This Congress believes…
That it is incumbent upon us as a Jewish organisation to fight all forms of racism.

This Congress resolves…
To condemn and reject any attempt to deny, distort, or ignore the historical reality of this genocide.
To recognise the importance of remembering and learning from this genocide, and to join the Armenian, Pontian Greek and Assyrian communities in honouring the innocent people who fell victim to this crime.

On his Facebook page, Zohar wrote: “Jewish students have a long proud history of perusing on the forefronts of social justice. Today is another important milestone in our activism history.”

“WUJS will now be formally calling on governments of Israel, Australia and others to join a growing list of 28 countries around the world to formally recognise the sufferings and injustice of the Armenians and other minorities at the hand of the then Ottoman Empire (modern day Turkey).”