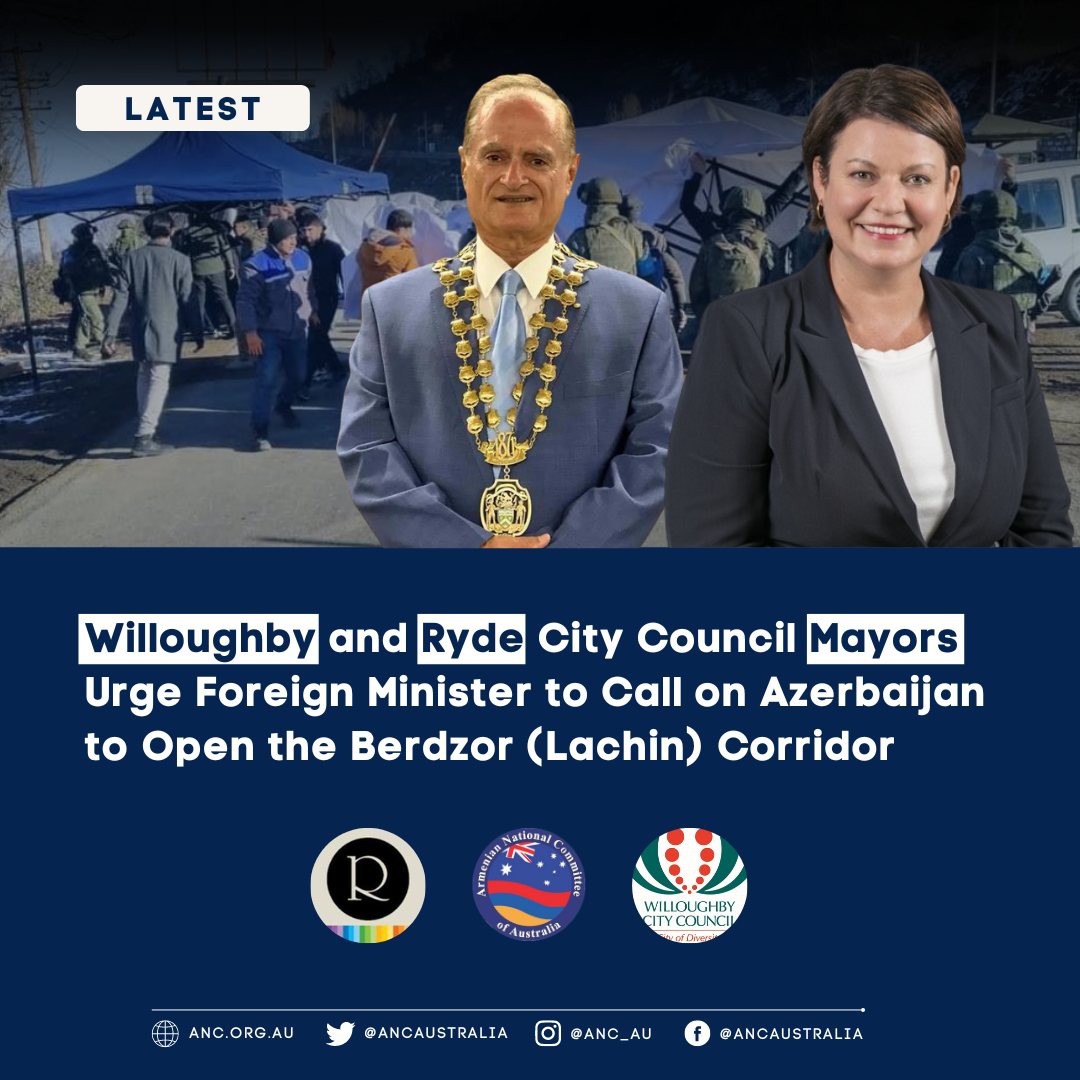 Both Taylor and Yedelian, who are members of the Australian Friends of Artsakh network, appealed to the Foreign Affairs Minister of Australia following an appeal by the ANC-AU in response Azerbaijan’s illegal and inhumane siege of the Republic of Artsakh, which commenced on 12th December, 2022.

In her letter to the Foreign Minister, Mayor Taylor reaffirmed the Willoughby City Council’s support for the people of Artsakh and their rights to self-determination, endorsing the most recent resolution passed by her municipality on 22nd August 2022, which was moved by Armenian-Australian councillor Sarkis Mouradian.

Acknowledging the significant distress in the community, Mayor Taylor’s letter said: “I am writing to you to express our concerns regarding these continued violations by Azerbaijan. I humbly request for you to call on the Azerbaijan government to honour the Nagorno Karabakh ceasefire agreement by reopening the Lachin Corridor and ceasing all hostilities towards Artsakh and the Armenian people.”

Armenian-Australian Mayor Yedelian, elected as Mayor at an Extraordinary Council Meeting on the 13th of December 2022, also wrote directly to the Foreign Minister urging the Australian Government to help end the ongoing humanitarian crisis in the Republic of Artsakh as a result of Azerbaijan’s ongoing blockade.

Mayor Yedelian’s letter said: “I urge Australia to use its favour with Azerbaijan and all tools at its disposal to call for an end to the blockade and allow for the freedom of movement and goods between Artsakh and the outside world.”

“Once again, the Armenian nation and diaspora are facing an existential threat by a genocidal dictator attempting to finish what their pan-Turkic, neo-ottoman ally Turkey started over 108 years ago,” said Kolokossian.

“Now is the time for our Australian Friends of Artsakh to take action, to not sit on the sideline, but actively advocate for the people of Artsakh’s security and human rights, and that is exactly what Mayor Taylor and Mayor Yedelian are doing. Our community is extremely grateful for their courage, conviction and unyielding support,” added Kolokossian.

Both municipalities are home to thousands of Sydney-based Armenian-Australians, with many direct descendants of survivors of the Armenian Genocide who have established vibrant Armenian community centres, schools and churches in the region.