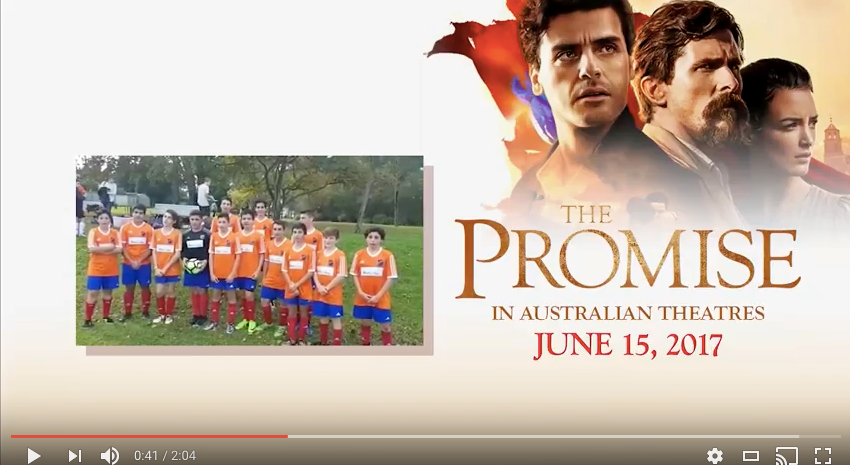 On June 15, 2017, The Promise will be released in over 40 movie theatres across Australia will be showing the film from 15 June (CLICK HERE).

The Promise Australia Committee was formed over one month ago by a collective of Armenian-Australian organisations (CLICK HERE), to assist the film’s distributors in their marketing efforts.

Since then, we have witnessed news that over 40 movie theatres across Australia will be showing the film from 15 June (CLICK HERE), we have seen the June 6, 2017 Red Carpet Premiere in Sydney featuring political and celebrity guests, as well as the appearance of The Promise advertisements on all the major television networks in Australia.