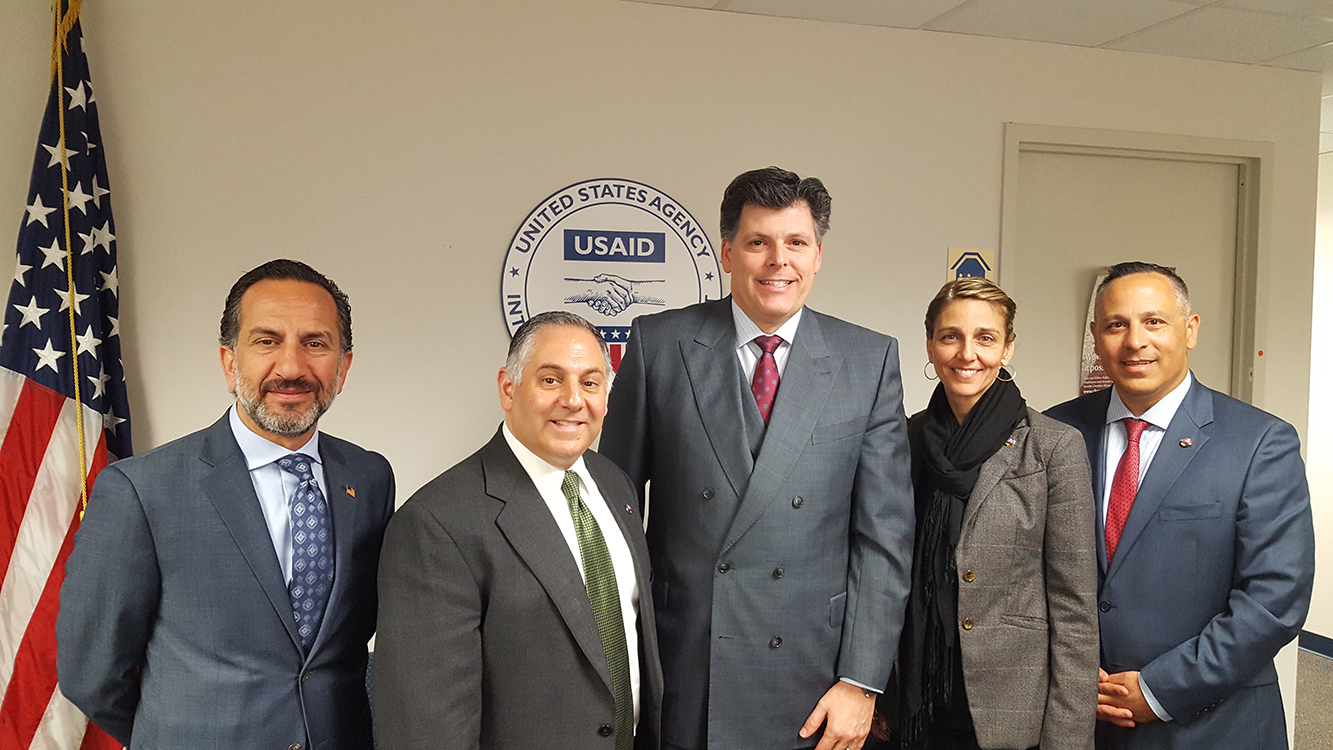 
“We want to thank Congressman Sherman for his strong legislative leadership on aid to Artsakh and also Assistant Administrator Bierman – a longtime friend of the Armenian American community – for sharing the Trump Administration’s continued commitment to de-mining Artsakh,” said ANCA Executive Director Aram Hamparian. “We are seeing such strong bipartisan support for the U.S. aid to Artaskh because it represents an American success story – an effective investment in peace that saves lives and promotes stability.”

During his testimony, Bierman reported, “we are at about 97.6% completed the mission of de-mining in that particular area, and more than 125,000 people have benefited from the demining. This has saved lives and prevents injuries and generates local jobs. We will continue to look at humanitarian assistance in that particular region as it arises.”

Video of the exchange between Rep. Sherman and Assistant Administrator Bierman is available at: https://youtu.be/0m2Fo8V6j6A

House Foreign Affairs Subcommittee on Europe Chairman Dana Rohrabacher noted that de-mining is among the best projects that the U.S. can fund. “To me [demining] is the most justified of all expenditures of foreign aid.”

In his remarks, Bierman pointed out, “I have met with the Armenian Diaspora and we have made a point of reaching out to them and talking about partnerships benefitting not only Armenia but the region.” During recent discussions with Bierman, ANCA National Board Members urged U.S. assistance for Artsakh de-mining and support for the Lady Cox Rehabilitation Center in Stepanakert, which provides care for children, adults, and the elderly with cognitive and physical disabilities. Both are part of the organization’s 360-degree advocacy for Artsakh freedom. For a 360 degree review of the ANCA’s pro-Artsakh advocacy visit www.anca.org/anca360.

The ANCA first worked with Rep. Sherman in support of Artsakh assistance in 1997, as an enduring American investment in peace. Though the initial amendment offered by the Congressman failed in Committee, it sparked a discussion that led to the inclusion of Artsakh assistance in Fiscal Year 1998 foreign aid bill. The US has sent over $43 million to Artsakh over the last 20 years according to Bierman.

In June, 2018, USAID Administrator Mark Green, responding to written inquiries again by Rep. committed to “completing de-mining [Artsakh] as quickly, and as thoroughly, as possible.” Administrator Green noted, “In October 2017, USAID reprogrammed approximately $2.8 million for Nagorno-Karabagh de-mining, which will extend de-mining activities until September 2019, when USAID assistance for de-mining under the current award and partnership with HALO Trust will be complete.”

During Thursday’s hearing, Rep. Sherman also noted that he will be submitting a “question for the record” asking the USAID to contact the Department of Treasury in support of a new U.S.-Armenia tax treaty “which will actually make money for the IRS instead of cost money, like everything else does.”