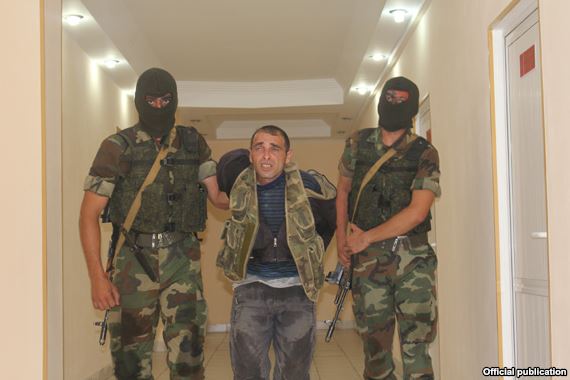 — ANCA welcomes call for “full and transparent” investigation of incident

WASHINGTON, DC – A State Department spokesperson, in response to an August 15th media inquiry about the violent abuse and subsequent death of an Armenian civilian while in Azerbaijani custody, has issued the following statement:

“The United States is deeply concerned by reports on the death of Karen Petrosyan while in Azerbaijan’s custody and by allegations that his death was not due to natural causes. The United States offers its sincere condolences to Mr. Petrosyan’s family. We call on the Government of Azerbaijan to conduct a full and transparent investigation into this incident and to make its findings public. We remind the governments of Azerbaijan and Armenia of their obligations under international humanitarian law, especially their obligation to treat humanely all those taken into custody. We call on both Armenia and Azerbaijan to grant the International Committee of the Red Cross access to all detainees and internees held for conflict-related reasons.”

“The ANCA welcomes the State Department’s expression of concern regarding Azerbaijan’s actions, joins with all Americans in extending our condolences to the Petrosyan family, and supports our government’s call upon Azerbaijan to conduct a full and transparent investigation into this incident and to make its findings public,” said ANCA Executive Director Aram Hamparian.

The Armenian government and military have challenged the official cause of the villager’s death, suggesting that he was murdered or beaten to death. They also shrugged off Baku’s claims that he was part of an Armenian commando squad that attempted to carry out sabotage attacks in Azerbaijan.

The International Committee of the Red Cross (ICRC) is trying to arrange Petrosian’s repatriation to Armenia.