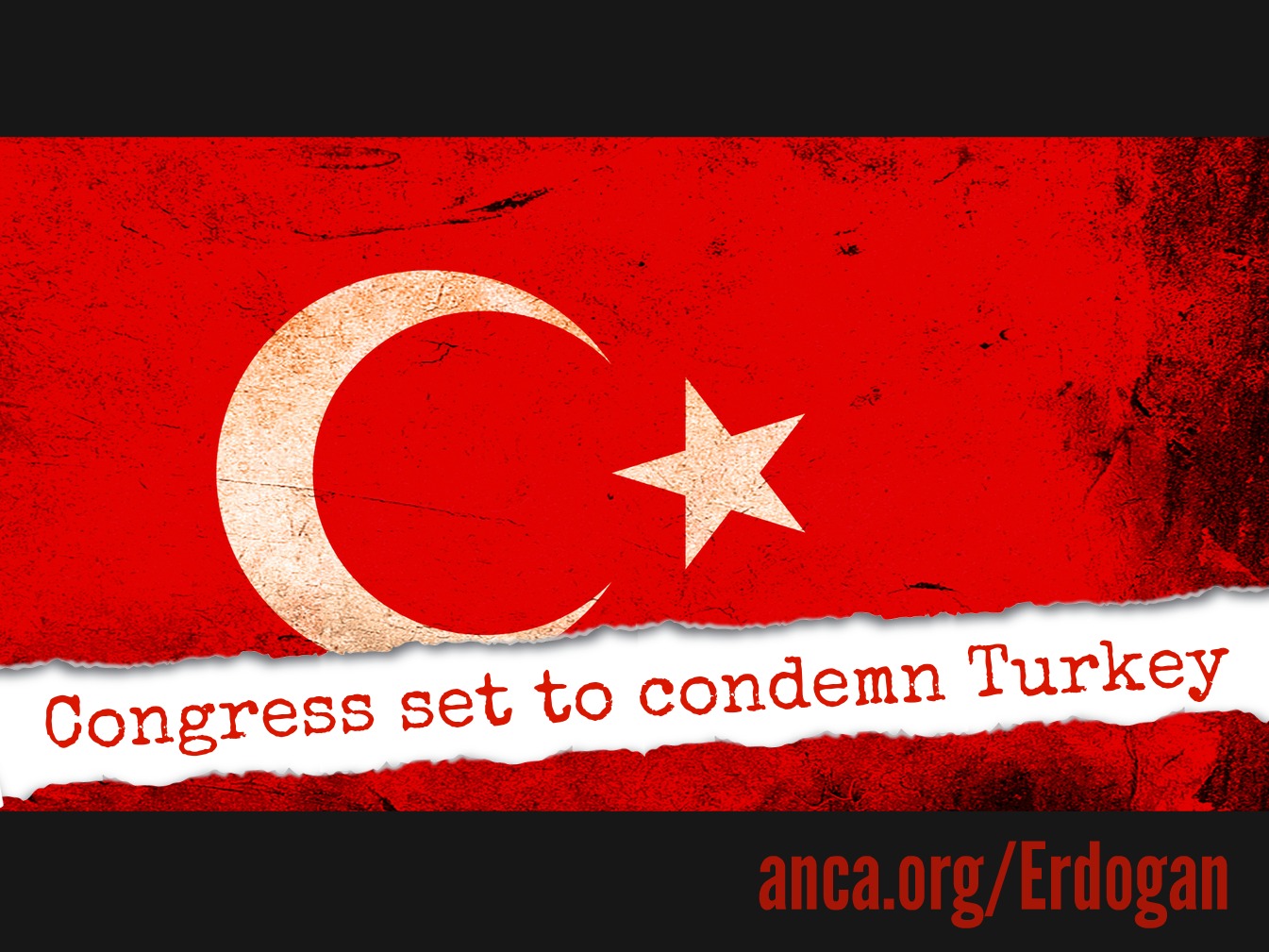 WASHINGTON, DC – The U.S. House of Representatives is set to condemn the May 16th attack by Turkish President Erdogan’s bodyguards against peaceful protesters in Washington DC, through a bipartisan resolution “calling for the perpetrators to be brought to justice and measures to be taken to prevent similar incidents in the future,” reported the Armenian National Committee of America (ANCA).

The House is set to discuss H.Res.354 on the afternoon of June 6th with a vote on the matter scheduled after 6:30pm EST.

“We are pleased to see H.Res.354 scheduled for a floor vote and are eager to see Members speak and vote in favor of this broadly backed, bipartisan condemnation of President Erdogan’s ongoing attempts to export his intolerance and aggression to American shores,” said ANCA Executive Director Aram Hamparian. “We call on the Administration to undertake each of the measures called for in H.Res.354 and, in addition, to expel Turkey’s Ambassador, cancel the pending small arms sale to Turkey, and suspend any and all bilateral military aid or arms deals until Ankara has stopped obstructing justice – and started reckoning honestly – regarding its brutal May 16th attack.”

The resolution condemns the violence against peaceful protesters outside the Turkish Ambassador’s residence on May 16, 2017, and calls for “the perpetrators to be brought to justice and measures to be taken to prevent similar incidents in the future.”

The vote follows broad-based Congressional outrage expressed by over 100 Senate and House members through public statements, social media, and a series of Congressional letters.

ANCA Executive Director Aram Hamparian was videotaping live at the scene of the May 16th attack, which took place in front of the Turkish Ambassador’s residence where President Erdogan was scheduled to have a closed-door meeting with representatives of The Atlantic Council, a leading think tank in Washington, DC which receives funding from Turkey. Hamparian’s video showed pro-Erdogan forces crossing a police line and beating peaceful protesters – elderly men and several women – who were on the ground bleeding during most of the attack. Hamparian testified before a May 25th Foreign Affairs Subcommittee hearing on this matter. Joining him at the hearing were Ms. Lusik Usoyan, Founder and President of the Ezidi Relief Fund; Mr. Murat Yusa, a local businessman and protest organizer; and Ms. Ruth Wedgwood, Edward B. Burling Professor of International Law and Diplomacy, at Johns Hopkins University School of Advanced International Studies. Usoyan and Yusa were victims of the brutal assault on May 16th by President Erdogan’s bodyguards.

ANCA live footage of the attack served as source video for CNN, AP, The Washington Post, The New York Times, The Daily Caller and other major media, transforming the violent incident into a global spotlight on Erdogan’s attempt to export his intolerance and aggression to American shores.

The Sunday, June 4th edition of The New York Times featured a two-page center-spread investigative report on the May 16th attack, with online version of the coverage translated to Turkish and shared widely on social media. The ANCA is cited by The New York Times as a source for this report.