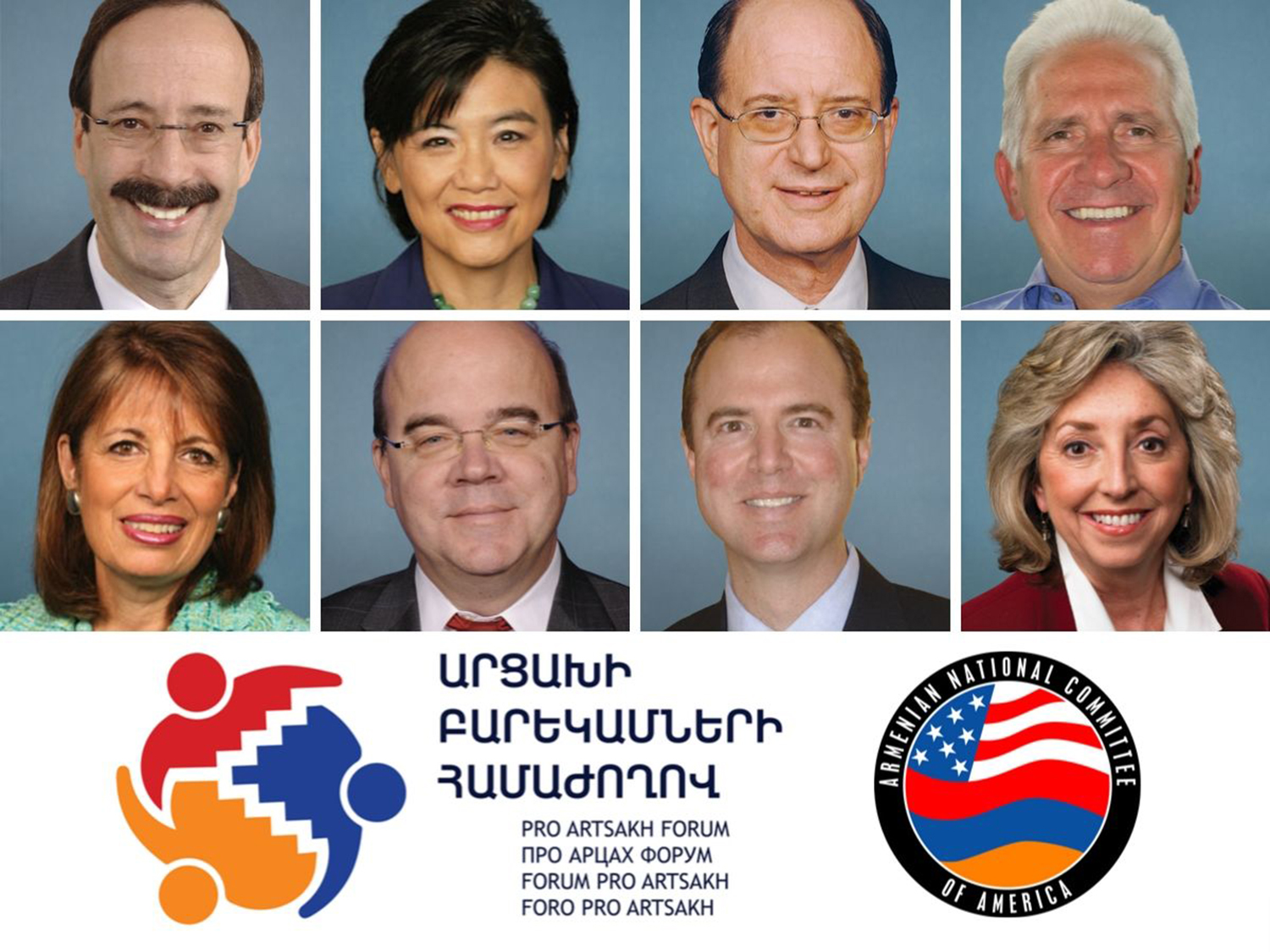 “The Armenian people will always have a friend in me,” said Chairman Engel, touting the important mediation efforts of the Organization for Security and Cooperation in Europe (OSCE) in ensuring a peaceful future for Artsakh and the region. Chairman Engel is the co-author of the Royce-Engel peace proposal, launched in 2015, which calls for the removal of snipers, the addition of OSCE monitors, and the placement of gun-fire locators along the line of contact between Azerbaijan and neighboring Armenia and Artsakh. This proposal was reaffirmed by the U.S. House in July 2019, as part of an amendment to the FY2020 National Defense Authorization Act, led by Rep. Judy Chu (D-CA).

“You are fortunate to witness first hand the free and democratic society and flourishing economy that the people of Artsakh have created, despite a painful legacy of foreign aggression and continuing cross-border attacks,” said Chairman McGovern. “Please know that I remain a friend of Artsakh.”

Senior House Foreign Affairs Committee member, Congressman Brad Sherman (D-CA), the father of U.S. assistance to Artsakh, who first led this effort in 1997, cited his continued support for Artsakh de-mining and his ongoing opposition to “all U.S. military aid and sales to Azerbaijan until it ceases its attacks, ends its threats of renewed war, and agrees to a peaceful resolution of conflicts.” In July 2019, Rep. Sherman spearheaded an amendment to the FY20 National Defense Authorization Act, which would block the sale of any U.S. military equipment to Azerbaijan that may be used to shoot down civilian aircraft. Since 2011, Azerbaijani authorities have threatened to shoot down civilian planes operating out of the Stepanakert airport.

“Your sacrifices when defending your homeland, your resilience and ability to thrive during blockades, pressure, and isolation, inspire me and so many people around the world,” said Congressional Armenian Caucus Co-Chair, Rep. Jackie Speier (D-CA), who returned from her first trip to Artsakh just days before, and described her commitment to Artsakh freedom as “marrow-deep.”

Congresswoman Chu, who had joined Rep. Speier on the trip to Artsakh and Armenia, restated her commitment to Artsakh safety and security, pledging to “continue to push to have this amendment work to ensure that the [Chu] Amendment is included in the final version of the FY20 National Defense Authorization Act.“

Congressman Jim Costa, who hails from Central Valley, California – the land of Pulitzer Prize-winning author William Saroyan – noted, “after two decades, Artsakh and her people have made great strides despite the geopolitical constraints which pose challenges for a free-flow of resources and ideas with your neighbor to the north.” Rep. Costa traveled to Armenia in 2016, went on to note, “we will continue to work, in the United States to ensure that a free and prosperous Artsakh is the future.”

Nevada Congresswoman Dina Titus, a longtime member of the Congressional Armenian Caucus, restated her commitment “to working with my Congressional colleagues to respect Artsakh’s right to security and self-determination. Working together, we can help the parties establish a durable and democratic peace between Artsakh and Azerbaijan.”

Chairman Schiff, who also serves as Vice-Chair of the Congressional Caucus on Armenian Issues, stressed his commitment to expanded U.S. assistance to Artsakh for ongoing de-mining efforts carried out by The HALO Trust. “I am also very devoted to making sure that we invest in de-mining in Artsakh,” said Chairman Schiff. “Already too many lives have been lost and too many injuries have been incurred by the presence of these mines. We have made a lot of progress in the de-mining operations – they are close to complete – but there is still important work to be done. The loss of any additional life or any additional injury is simply one too many to bear.”

The Congressional statements were shared with the over 150 elected officials, policymakers, and thought leaders attending the “Pro Artsakh Forum: Cooperation for Justice and Peace,” this past weekend. Organized by the Republic of Artsakh Foreign Ministry and the Armenian Revolutionary Federation (ARF), the international forum focused on Artsakh’s fundamental right to self-determination and explored opportunities to expand economic, cultural, science and education-related ties with the Republic.

Pro Artsakh Forum participants issued a formal declaration supporting Artsakh’s freedom and its efforts to secure international recognition. The statement also announced the formation of “International Network of the Friends of Artsakh – Pro Artsakh, with the aim of raising awareness about Artsakh in the international arena, protecting the legitimate interests of its people, and promoting the involvement of Artsakh in international processes.”

The Congressional video statements saluting Artsakh freedom are available on the ANCA YouTube channel at the following links: