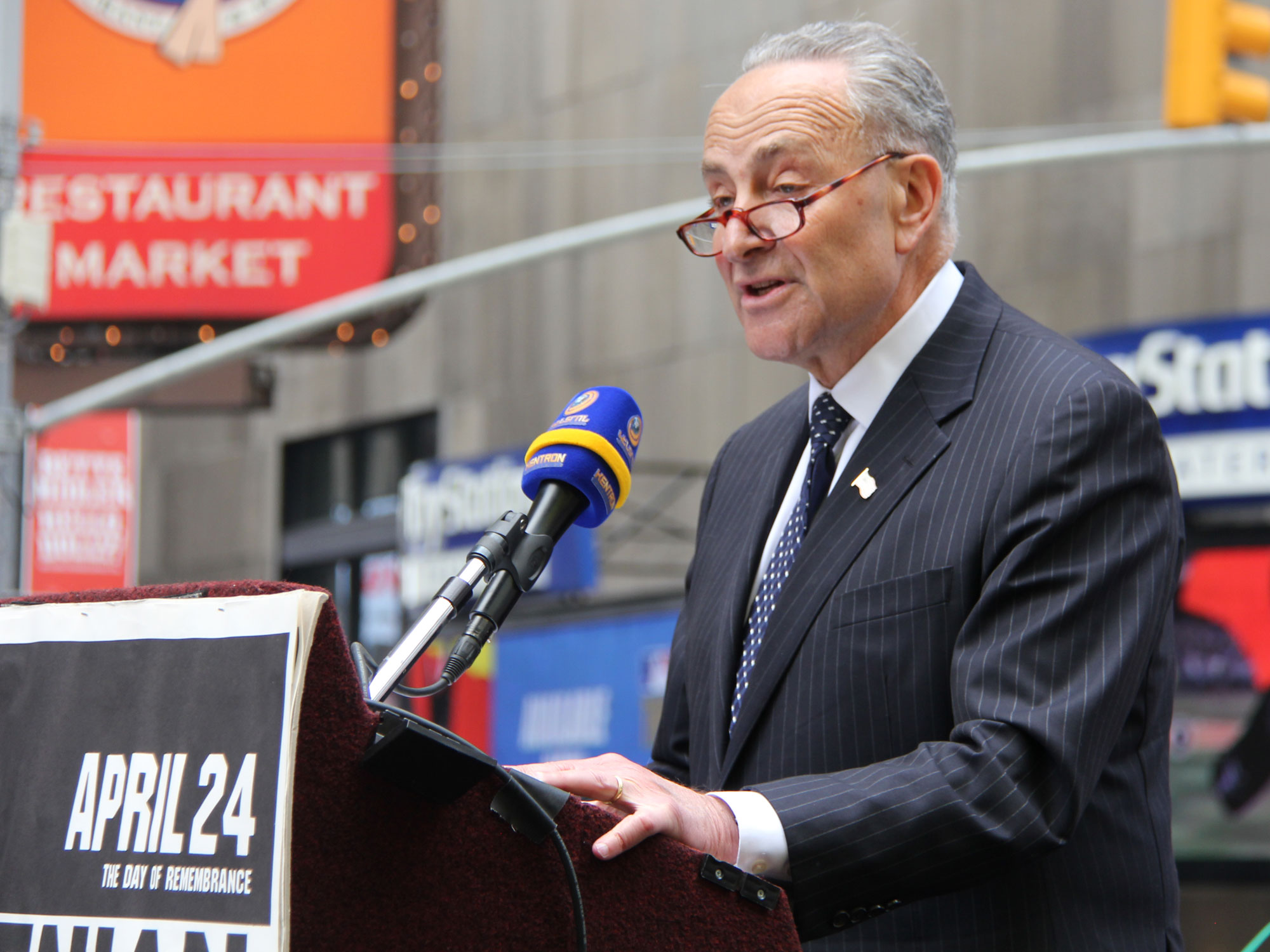 “All countries should recognize the horrific genocide that occurred 102 years ago to the Armenian people,” said Senator Schumer. “It is my sacred duty to speak out against the terrors of the past and against those who cannot speak of it themselves and that’s why I am a proud co-sponsor of this Senate resolution. I stand with the worldwide Armenian community in labeling the atrocities against the Armenian people as genocide.”

S.Res.136 was introduced by Senator Robert Menendez (D-NJ) with the bipartisan support of Senators Ted Cruz (R-TX), Ed Markey (D-MA), and Tom Udall (D-NM) earlier this year on April 24th, the international day of commemoration of the Ottoman Turkish Government’s murder of over 1.5 million Armenians from 1915-1923. The resolution calls on the President to “work toward an equitable, constructive, stable, and durable Armenian-Turkish relationship that includes the full acknowledgment by the Government of the Republic of Turkey of the facts about the Armenian Genocide.” It goes on to urge that “the foreign policy of the United States reflects appropriate understanding and sensitivity concerning issues related to human rights, crimes against humanity, ethnic cleansing, and genocide documented in the United States record relating to the Armenian Genocide.”

“Since before he joined Congress, during his tenure representing Brooklyn as a U.S. Representative, while a rank and file Senator from New York, and now as Minority Leader of the world’s greatest deliberative body, Chuck Schumer has remained true to his principles – consistently commemorating the Armenian Genocide, relentlessly seeking official American remembrance of this atrocity, and openly challenging Turkey’s efforts to obstruct justice for this crime,” said ANCA Executive Director Aram Hamparian. “We join with friends of Armenia and anti-genocide advocates from across New York and around America in thanking Senator Schumer for his support, and in encouraging the Senate leadership to move this measure to a vote.”

Each year, Senator Schumer joins with Armenian Americans from across the East Coast in commemorating the Armenian Genocide at a rally in Times Square. His remarks at the April 23, 2017, event, videotaped by Parev-TV, are available on the ANCA Facebook page or on YouTube below.