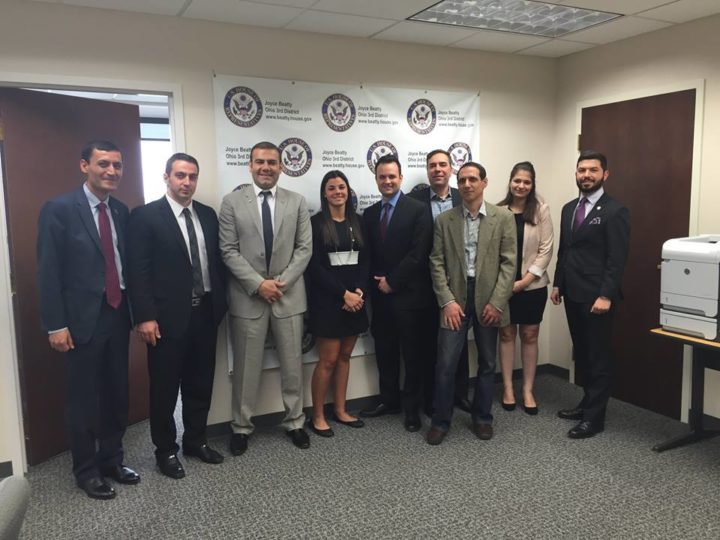 WASHINGTON, DC – The Armenian National Committee of America Eastern Region is pleased to announce that Tigran Safaryan and the Safaryan Family of Columbus, OH will be the sponsors of the Tenth Annual ANCA Eastern Region Banquet to take place on Saturday, December 3, 2016 at the Westin Arlington Gateway Hotel.

“We are extremely grateful to all of our supporters who believe in our mission,” noted ANCA-ER Chairman Stephen Mesrobian. “As a grassroots political advocacy organization, the ANCA Eastern Region relies upon our educated, motivated, and activated community to carry the torch of Hai Tahd forward. We are especially thankful to Tigran Safaryan and the Safaryan Family for their commitment to the Armenian Cause and for their generous contribution as the sponsor of this year’s banquet. Their generosity serves as a model for others to emulate and allows us to continue expanding our community outreach while also undertaking new projects in the coming year.”

Tigran (Ty) Safaryan, who will travel from Columbus, Ohio to be present at the banquet, said “It is an honor for me and my family to support the ANCA-ER: the leading Armenian-American advocacy organization in Eastern U.S. As Armenian-Americans, we have the utmost responsibility to support Artsakh, Armenia and our Armenian brothers and sisters in the Middle East. After the recent aggressions instigated by Azerbaijani President Ilham Aliyev in April, we have a special responsibility to redouble our efforts and work for justice for the Baku and Sumgait Pogroms, international recognition of Artsakh Republic, holding the Azerbaijan government responsible for its aggressions and war crimes, as well as the other national priorities.”
Mr. Safaryan has been active within his local community, playing an active and leading role in the Ohio Armenian Genocide Centennial commemoration activities, state and federal-level Congressional races, humanitarian assistance for Artsakh Republic, and other local ANC projects and activities.

This year’s December 3rd banquet, sponsored by the ANCA Eastern Region Endowment Fund, will begin with an elegant cocktail reception and silent auction at 6:00 p.m., followed by dinner and awards ceremony at 7:00 p.m. The event will take place at the prestigious Westin Arlington Gateway located at 801 N Glebe Rd, Arlington, Va. 22203. For details and hotel reservations, call 1-800-937-8461 and reference ANCA.

Entitled “We Are #ArtsakhStrong,” the banquet will focus on the ANCA’s ongoing efforts in support of the status, security, and development of the Republic of Nagorno-Karabakh (Artsakh/NKR), as Artsakh marks the 25th anniversary of its independence.

Emceed by internationally renowned photojournalist and author Scout Tufankjian, the 10th annual banquet will include a diverse group of distinguished honorees:

To make a donation for the banquet, CLICK HERE.

Checks for the donations may be written to ANCA Eastern Region Endowment Fund and mailed to:

Use hashtag #ERbanquet and #WeAreArtsakhStrong on social media for the upcoming banquet and follow ANCA Eastern Region on Twitter @ANCA_ER.