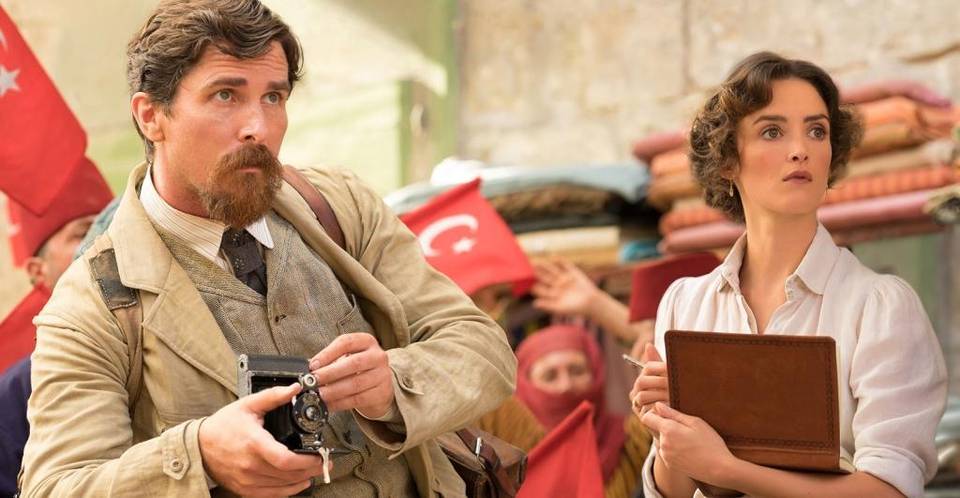 (The Fresno Bee) Fresno’s native son turned billionaire Kirk Kerkorian had a vision – to share the story of the Ottoman Turkish government’s murder of over 2.5 million Armenians, Greeks and Assyrians from 1915-1923 in a sweeping epic film reminiscent of powerful period pieces like “Lawrence of Arabia” and “Dr. Zhivago.”

More than anything, he wanted to take audiences on an inspiring journey of love, honor and survival, all the while shedding light on the suffering of his Armenian forebears.

Nearly two years after his passing, Kerkorian’s dream will become a reality Friday with “The Promise,” which opens in 2,100 theaters across the United States, including several here in the Valley. It is directed by Oscar winner Terry George and stars Christian Bale, Oscar Isaac and Charlotte Le Bon.

But even with Kerkorian’s vast financial resources, it was not an easy road to the presentation of this movie.

American film-goers were first introduced to the horrors of the Armenian genocide as it was still happening through Aurora Mardiganian’s survival story, “Ravished Armenia.” Also titled “Auction of Souls,” it was shown in U.S. theaters as part of a nationwide campaign to send life-saving humanitarian assistance to hundreds of thousands of desperate survivors of this tragedy.

The congressionally mandated Near East Relief effort raised the equivalent of $2 billion from 1916 through 1930 in what would become the United States’ first international humanitarian effort.

In 1934, MGM sought to bring to the big screen Franz Werfel’s critically acclaimed novel, “The 40 Days of Musa Dagh.” His work depicted the true story of the heroic defense of a small community of Armenians against an Ottoman Turkish onslaught.

Werfel’s story was particularly timely; it foreshadowed the Holocaust during Hitler’s rise to power and would later serve as source of hope and inspiration during the Warsaw ghetto uprising in 1943.

But a resurgent Turkey under Kemal Ataturk would ramp up an international campaign of political and economic intimidation, colluding with the U.S. State Department to quash the film, and with it, delaying closer international scrutiny of this crime. Other international attempts would be made to bring the Armenian genocide to the big screen – many of them quality efforts. But the specter of Turkey’s denial machine dampened prospects for widespread distribution.

In 2012, Kerkorian set the stage to overcome Turkey’s blackmail tactics, founding Survival Pictures with the leadership of Eric Esrailian, a young physician, originally from Northern California and himself the great-grandchild of Armenian genocide survivors. Kerkorian would put up the $100 million budget for the film himself, with Esrailian bringing aboard director Terry George and a host of acclaimed actors to the production.

Even so, Turkey’s denial machine continued to churn. Within hours of the Toronto Film Festival debut of “The Promise” in October 2016, where less than 1,000 select film-goers and critics took a first look at the film, more than 50,000 “1 out of 10” ratings were registered on the influential IMDB movie website for the film. This was part of an orchestrated campaign later identified as emanating from Turkey.

In March 2017, less than a month before The Promise debut, a Turkish-funded film – “The Ottoman Lieutenant,” starring Ben Kingsley and Josh Hartnett – hit some 200 theaters to mediocre reviews and widespread condemnation for its message of genocide denial.

Esrailian and his team have fought back by developing a powerful support network of superstars from music and Hollywood. Elton John, Barbra Streisand, Cher, George Clooney, Don Cheadle, Ryan Gosling and many more have pledged to “Keep The Promise.”

In honor of that support, Kerkorian’s Survival Pictures is donating all proceeds to charities ranging from AIDS research to refugee assistance. A $20 million grant announced this week will establish “The Promise Institute for Human Rights” at the UCLA School of Law.

It’s all part of one Fresnan’s lasting legacy – a commitment to truth in the face of genocide denial, and putting meaning into the words “never again.”

Paul Jamushian of Fresno is a member of the Central California chapter of the Armenian National Committee of America.

Photo: Christian Bale and Charlotte Le Bon in a scene from “The Promise,” which opens Friday. Open Road TNS