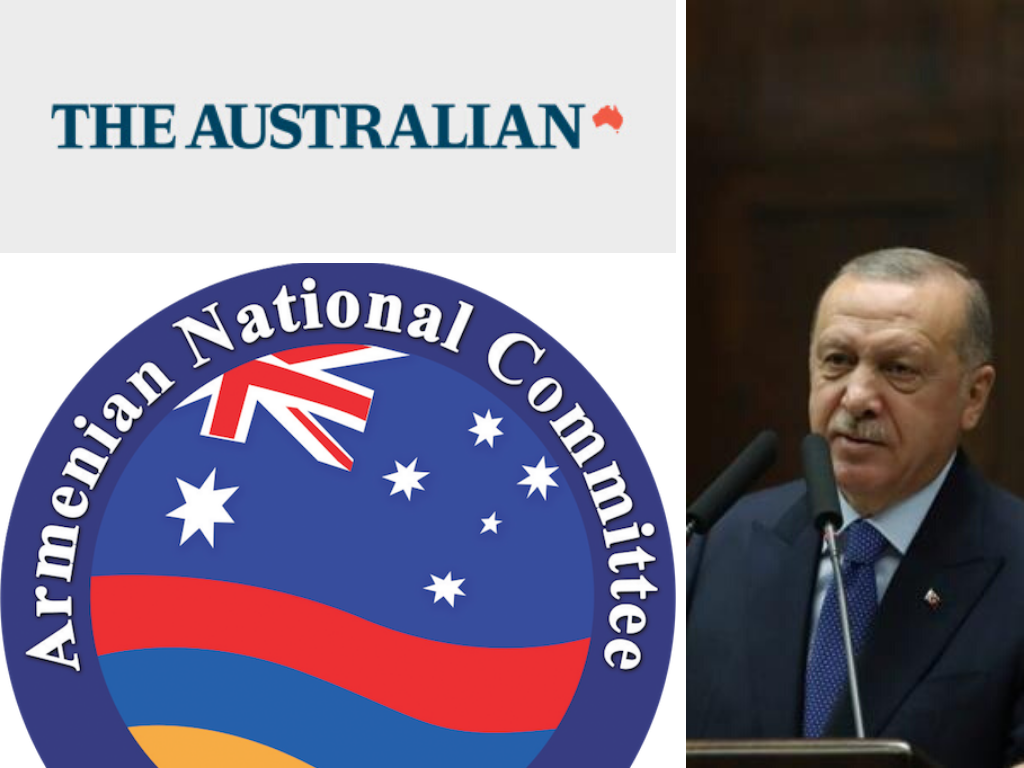 SYDNEY: The Australian has published a Letter to the Editor by the Armenian National Committee of Australia (ANC-AU), criticising the newspaper’s “strange” decision to run an Op-Ed by Turkey’s authoritarian President Recep Tayyip Erdogan, spinning the reasons behind his invasion of northeastern Syria, where war crimes are being reported by his forces.

“Then again, what’s a bit of ethnic cleansing and displacement of an ethnic minority when Turkey has continued to enjoy the fruits of the Armenian genocide for more than 100 years?” asks ANC-AU Executive Director Haig Kayserian in the Letter to the Editor.

He added: “Providing your publication as a platform for genocide denialist, ethnic cleansing, and war crime-committing dictators to spin is unacceptable and offensive to all who are impacted by Turkey’s continuing treachery, including the Armenian-Australian, Kurdish-Australian, Greek-Australian and Assyrian-Australian communities.”

Please find the full letter by clicking here or reading below: