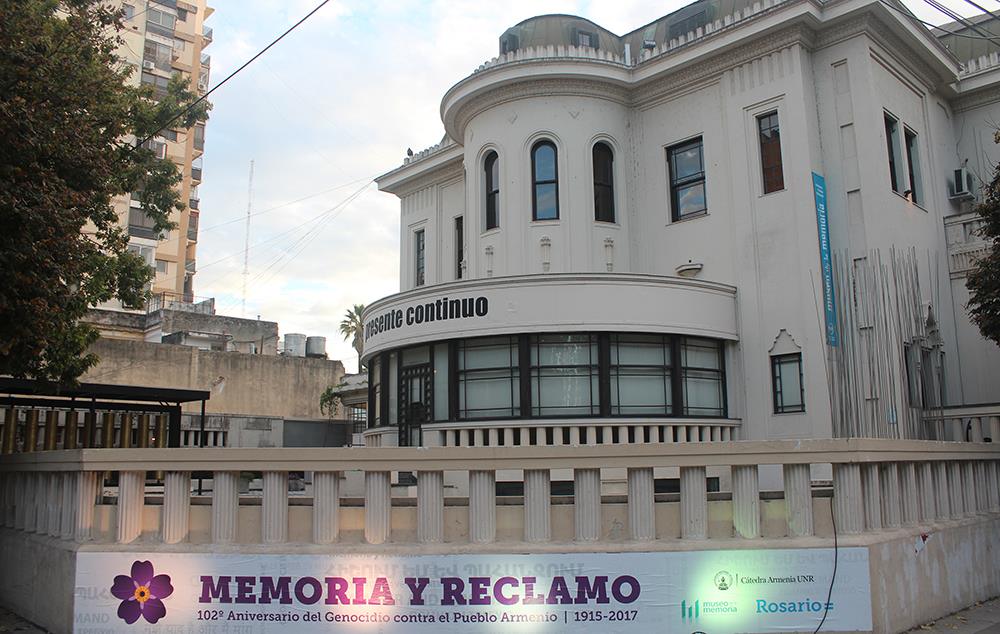 The Armenian Genocide Will Have a Space in the Museum of the Memory of Rosario, Argentina

(PRENSA ARMENIA) On April 24 the Museum of the Memory of Rosario, Argentina, inaugurated a permanent space on Armenian Genocide.

The Museum of the Memory (Museo de la Memoria) was opened in 1998 to promote access to knowledge and research on the situation of human rights and political memory of Argentina and Latin America. The patrimony includes material about human rights violations in Latin America and the world, particularly on the actions of state terrorism during the last military dictatorship in Argentina.