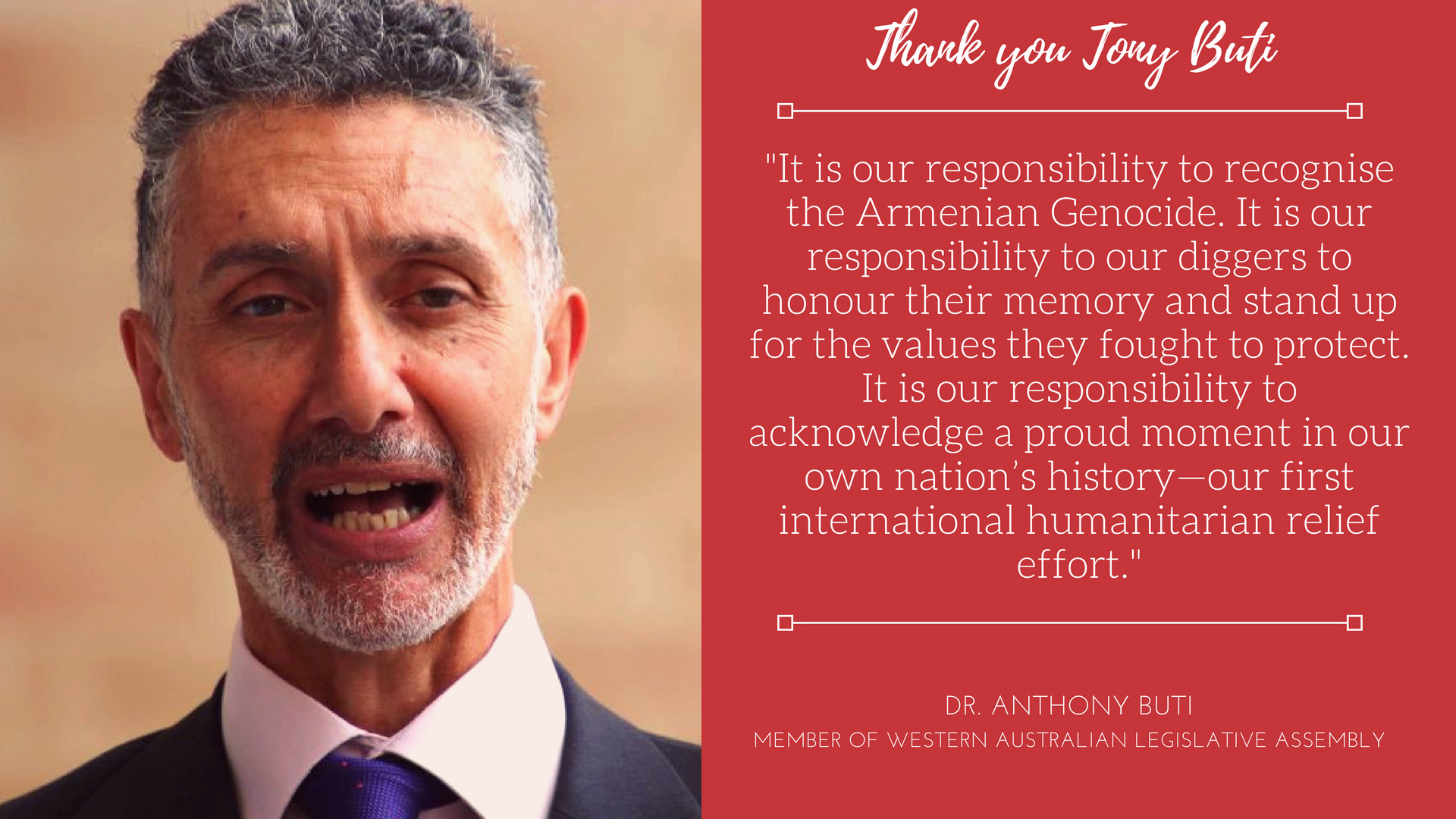 The Member of the Western Australian Legislative Assembly, who met with an Armenian National Committee of Australia (ANC-AU) delegation in February this year, paid particular attention to the Australian links to the plight of the Armenians, Greeks and Assyrians during and after the the genocide committed by the Ottoman Empire from 1915.

“It was actually the testimonies of our ANZACs, as well as Australian media reports, that awoke Australians and the world to the humanitarian crisis facing the Armenians, Greeks, Assyrians and other Christian minorities in the Ottoman Empire,” Buti said. “The Australian media also documented the relief effort conducted by Australians across the country, a significant piece of shared history between these countries.”

“The systematic nature and sheer extent of the massacres led legal scholar Dr. Raphael Lemkin to coin the term ‘genocide’ to describe the destruction of an entire race,” he added. “Unfortunately, Turkey continues to deny its own history, refusing to acknowledge the 1.5 million deaths as genocide.”

Buti, the former Law Academic who is the WA Member for Armadale, drew attention to Turkish threats to ban Australians the right to commemorate ANZAC Day at Gallipoli when motions to recognise the Armenian Genocide are considered by parliaments across Australia.

“It is concerning for Australia that such a government seeks to dictate our position on matters of human rights, threatening to refuse our right to commemorate our fallen Anzacs at Gallipoli should we ever recognise the Armenian Genocide,” Buti said.

Buti concluded with a strong message in favour of Australian recognition of the Armenian Genocide.

Boyadjian commented: “Perth-Armenians and Armenians across the country thank Dr. Buti for becoming a pioneering voice for Armenian Genocide recognition in the state of Western Australia, and we look forward to working with him and his colleagues to advance this issue of great concern to our community.”