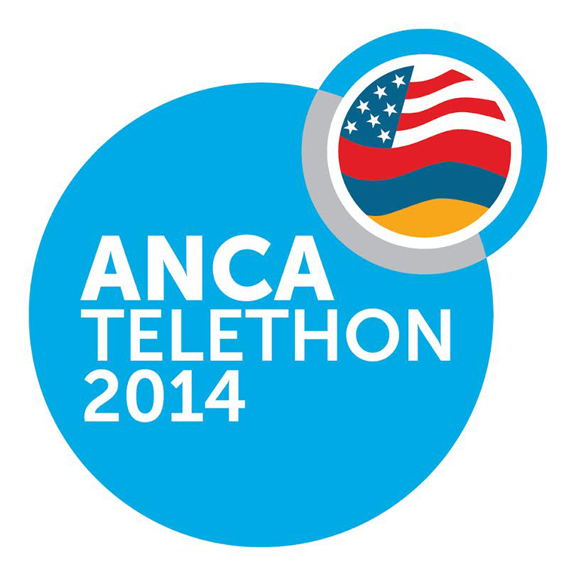 The ANCA: Forging Consensus, Fostering Cooperation, Focusing on the Future

The ANCA stands up for the views, values, and vision of the Armenian American community.

We’re, very simply, your voice. Your grassroots organization. The group that you can trust to bring Armenian Americans together, forge consensus, foster cooperation, and focus the energies of our diverse community on our key policy priorities.

Building upon a legacy of more than a century of service, we represent a forward-leaning approach to the Armenian Cause, one that has earned for us all the respect that our community deserves, and – far more importantly – that has generated the political power that we need to protect our homeland, and promote our proud heritage.

You’ll see this first-hand on June 1st during our nationwide ANCA Telethon, which will showcase all we’re doing for the priorities that matter to you and your family: A safe, secure, and prosperous Armenia; a free and independent Artsakh; truth and justice for the Genocide; safety for our Middle East communities, and; so many others.

We are fighting all these political battles for you, in the face of a flood of Ankara’s lies and waves of Azerbaijani attacks. Thankfully, because of your support, we’re able to counter these attacks, tirelessly asserting our rights and fearlessly setting the record straight. A really great example of how we’ve been able to block foreign interests from hijacking U.S. policy just took place in Tennessee, where our local ANCA chapter helped reveal the shady deals behind failed anti-Armenian legislation. Check out this shocking investigative report by Nashville’s News Channel 5!

As we approach the ANCA Telethon broadcast, consider just a few of our recent accomplishments:

– The ANCA’s bold Congressional testimony calling for a transition from aid to trade as the foundation of a new U.S.-Armenia economic relationship based on job-creation and reversing out-migration. We have welcomed the largest-ever U.S. investment in Armenia, a $200+ million deal to revitalize a hydro-electric power station, and are encouraging new American investments to help diversify Armenia’s economy and provide Yerevan strategic options in the region.

– The #SaveKessab campaign that went viral and alerted the world to Turkey’s role in the al-Qaeda linked attack on the Armenian town of Kessab, Syria.

– The California State Assembly’s recognition of the independent Republic of Nagorno Karabakh, the fifth U.S. state to stand up for the right of Artsakh to democratic self-determination.

– The high-profile defeat of Baku-backed anti-Armenian measures in state legislatures across the country, along with renewed Congressional condemnations of Azerbaijan’s aggression.

– The introduction of bipartisan legislation requiring the State Department to officially report to Congress about U.S. efforts to secure Turkey’s return of stolen Armenian and all Christian churches.

On each of these issues, it’s not enough for us to fight today’s battles. We need to prepare for tomorrow’s challenges and opportunities. That’s why, as we approach our June 1st ANCA Telethon, it’s so vital for all of us to renew our commitment to the Armenian Cause.

It’s because of you that our community has a strong Armenian Lobby: A point of pride for our community, a key source of power for our cause, and a proven engine of progress for our issues in Congress and across Washington.

It has been your generosity that has earned the ANCA recognition internationally as the forceful, united, and effective voice for all Armenian Americans. But we need your renewed financial support to take us to the next level:

– Going beyond protecting Armenia from her external enemies, by empowering those working inside Armenia to build a stronger, more sustainable and democratic homeland.

The challenges the Armenian nation faces can sometimes seem overwhelming. But, for Armenia to survive and thrive, our community must surely tackle its problems head-on. Over the long centuries of Armenian history, much has changed, but not the enduring role of selfless service. Sacrifice is as important today as it was in the days of Avarayr, of Sardarabad, of Shushi.

That’s why it’s so vital for each of us to do our part to help the ANCA advance our shared priorities:

– A truthful and just resolution of the Armenian Genocide
– A strong, prosperous, fair, and democratic Armenia
– A secure and independent Republic of Nagorno Karabakh (Artsakh)
– An economically viable, culturally vibrant Javakhk
– A full and fair return of our Western Armenian homeland
– An energized, inspired and sustainable Armenian Diaspora

On these shared priorities, and for all the core issues close to our hearts, progress is only possible with your continued faith and renewed support. So whether you support the vital educational efforts of the ANCA Endowment Fund (tax-deductible) or the political advocacy efforts of the ANCA (not tax-deductible), please know that your donation, large or small, will make a real and lasting difference.