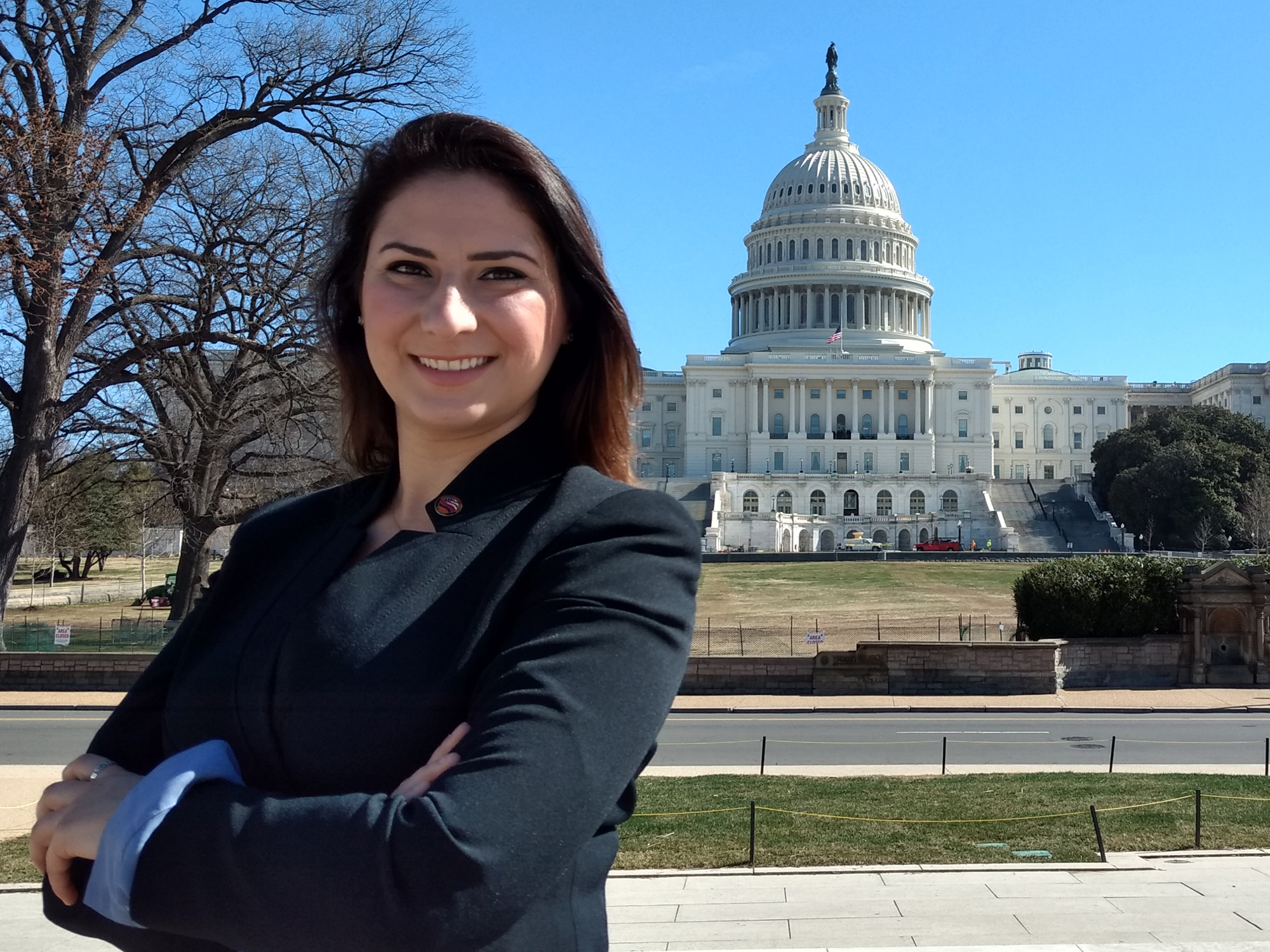 “We are so very proud to have Tereza join our team in Washington, DC,” said ANCA Chairman Raffi Hamparian. “She is a powerful advocate for our cause and a world-class community organizer, who will make a great mentor and guide for our youth. All of us look forward to working with Tereza as she leads the growth our Hovig Apo Saghdejian Capital Gateway Program, providing exciting career-track opportunities for a new generation of young Armenian Americans seeking political, policy, government, and media jobs in our nation’s capital.”

Ms. Yerimyan comes to Washington, DC following a productive tenure as the ANCA Western Region’s Government Affairs Director, where she worked with a distinguished team of ANCA leaders to successfully advocate for the recognition of Artsakh in the State of California, expand Armenian Genocide education resources for Los Angeles Unified School District, and increase our federal and state advocacy efforts in states across the western United States. An alumna of the ANCA Western Region and ANCA Leo Sarkisian internships in 2010 and 2011, respectively, she has been an outspoken proponent of Armenian American student and young professional involvement in civic activism and done extensive outreach to West Coast universities and youth groups, encouraging participation in the wide-array of national, regional and local ANCA public policy internship and career opportunities. Tereza has been an equally passionate advocate for her local community, serving as president of the East Hollywood Neighborhood Council for the past 5 years, where she and her board addressed a variety of municipal issues on behalf of the over 80,000 residents in the council’s jurisdiction.

Born in Armenia and raised in Hollywood, California’s ‘Little Armenia’ neighborhood, Tereza holds a Bachelor of Arts degree in Political Science and a minor in Near East Studies from the University of California, Los Angeles.

“It’s been an honor and a pleasure working with our dynamic ANCA Western Region team for the past 7 years and I look forward bring that experience and energy to my new position in our nation’s capital,” said Yerimyan. “The Hovig Apo Saghdejian Capital Gateway and Leo Sarkisian programs have always been close to my heart and an integral part of the ANCA mission – to empower public policy minded Armenian American professionals in our nation’s capital, strengthening both our community and our cause.”

Launched in 2003 with a founding grant by the Cafesjian Family Foundation, the ANCA CGP has helped over 150 Armenian American professionals from across the U.S. explore career prospects in Washington DC. Gateway Program fellows are offered three months of free housing at the ANCA’s Aramian House, located in the heart of Washington, DC in the Dupont Circle neighborhood, just blocks from the ANCA offices. Yerimyan will be working with the Capital Gateway Program Advisory Committee (CGPAC), which coordinates a series of career placement workshops on a range of issues including resume and cover letter preparation, effective interview strategies and networking. The CGPAC also connects fellows with mentors most closely aligned with their career goals for one-on-one advice and encouragement.

The ANCA CGP is named after Hovig Apo Saghdejian, a beloved young community leader who lost his life in a tragic car accident and whose eternal memory continues to inspire new generations of Armenian Americans. His family generously established the Hovig Apo Saghdejian Memorial Fund in his memory and, over the past decade, have played a vital role in the expansion of the program. Substantial support has also been provided by longtime ANCA benefactors Mr. and Mrs. Frank and Barbara Hekimian and the Armenian American Veterans Post of Milford, Massachusetts (AAVO).

The 2015 purchase of The Aramian House was made possible through a generous donation by the family of the late community leader and philanthropist Martha Aramian of Providence, Rhode Island. The Aramian family – led by sisters Sue, Margo, and the late Martha – have long been among the most generous benefactors of ANCA programs as well as of charitable projects in the Armenian homeland and the Diaspora.