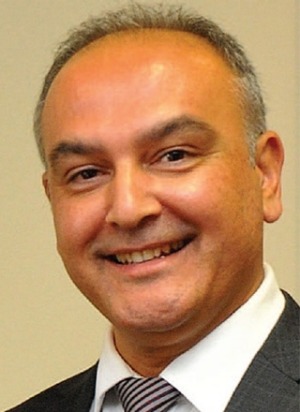 SYDNEY: The Armenian National Committee of Australia has joined with the Korean Society of Sydney, the Assyrian Universal Alliance, the Australian Hellenic Council of NSW, the Greek Orthodox Community of NSW and Cyprus Community of NSW to release the following statement, calling for the resignation or removal of Multicultural NSW (formerly Community Relations Commission and Ethnic Affairs Commission) CEO, Hakan Harman.

We, undersigned peak community organisations, call on the CEO of Multicultural NSW, Mr. Hakan Harman to resign from his position immediately.

In a letter dated 2nd October 2014, an advocacy group directly connected to the Turkish government – the Australian Turkish Advocacy Alliance – presented Mr. Harman with a draft set of “Guidelines for the recognition of historical events”, which had the sole objective of influencing the State and local governments in New South Wales from commemorating and recognising important historical events.

Mr. Harman, without consulting and receiving approval from the Minister for Citizenship and Communities and the Minister for Aboriginal Affairs – The Hon. Victor Dominello MP – decided to adopt a version of these Guidelines and distribute them to Local government bodies to negatively influence recognition of important historical events, such as the Assyrian Genocide, the Korean and Chinese Comfort Women, and the Armenian Genocide in this Centenary year.

Mr. Harman initially defended this action, stating it was the Comfort Women case that prompted his drafting of these Guidelines, leaving out the fact that they were originally drafted by the Australian Turkish Advocacy Alliance, who happened to leak the Guidelines to the media on 3rd February 2015, as a victory for Armenian Genocide denial. This brought it to the attention of our organisations (see attached media release).

When we brought these facts to the attention of Minister Dominello, he revealed he had no knowledge of such Guidelines and promptly ensured they were not adopted as a new policy. On 11th February 2015 we received a letter from Mr. Harman stating that, “the document has been withdrawn effectively immediately”.

This unethical act, and ensuing actions, make Mr. Harman’s role as CEO of Multicultural NSW untenable. An agency, which has a charter to promote and advance community harmony, cannot be led by an individual who engages in unilateral action – in this case, by adopting divisive Guidelines that were drafted by a body funded by a foreign government.

Our communities have always appreciated the role Multicultural NSW, which was previously known as the Community Relations Commission for a Multicultural NSW and the Ethnic Affairs Commission, plays in our State. It is important that its charter continues, and for this to occur, we demand the immediate resignation or removal of Mr. Harman.

We look forward to a positive outcome, which will allow our community organisations to continue working with this government agency and the Government it represents on issues of mutual cooperation.

The Sydney Morning Herald has also covered the release of this Statement. View by clicking here.