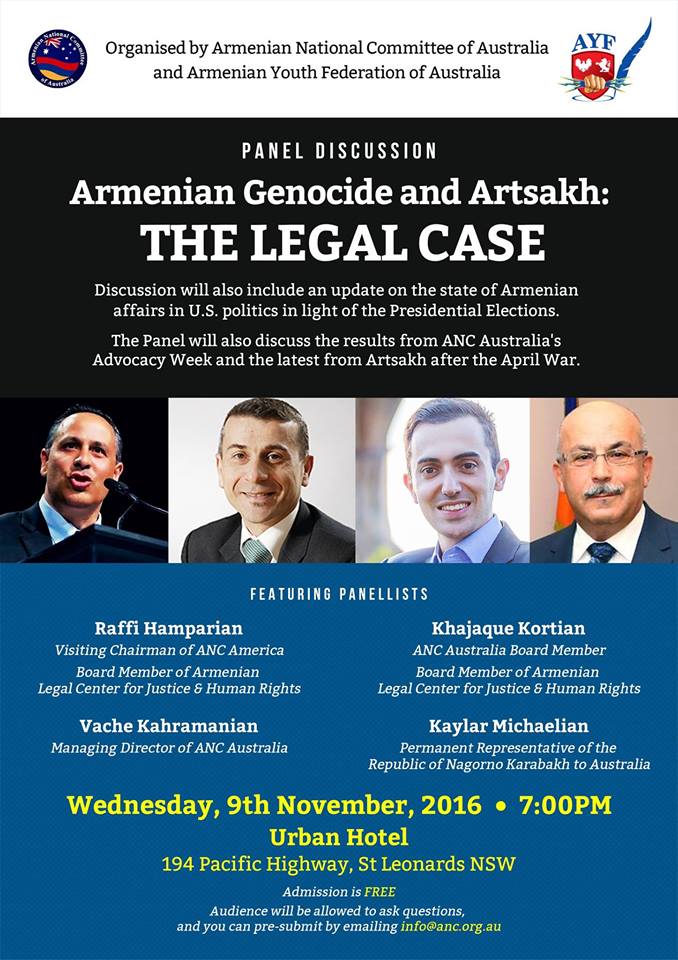 Hamparian is the international guest of honour for ANC Australia Advocacy Week and was the keynote speaker at the ANC Australia Annual Banquet last Friday (click here for report).

He has recently been named on the Board of the Armenian Legal Center for Justice & Human Rights with fellow panellist, ANC Australia’s Khajaque Kortian.

Hamparian and Kortian will be joined on the Panel by ANC Australia Managing Director, Vache Kahramanian and the Permanent Representative of the Republic of Nagorno Karabakh to Australia, Kaylar Michaelian.

The discussion will also include an update on the state of Armenian affairs in U.S. politics in light of the Presidential Elections. The Panel will also discuss the results from ANC Australia’s Advocacy Week and the latest from Artsakh after the April War.

The Panel Discussion will be held at Hotel Urban in St Leonard’s on Wednesday, 9th November 2016, at 7pm. See flyer below for further details.