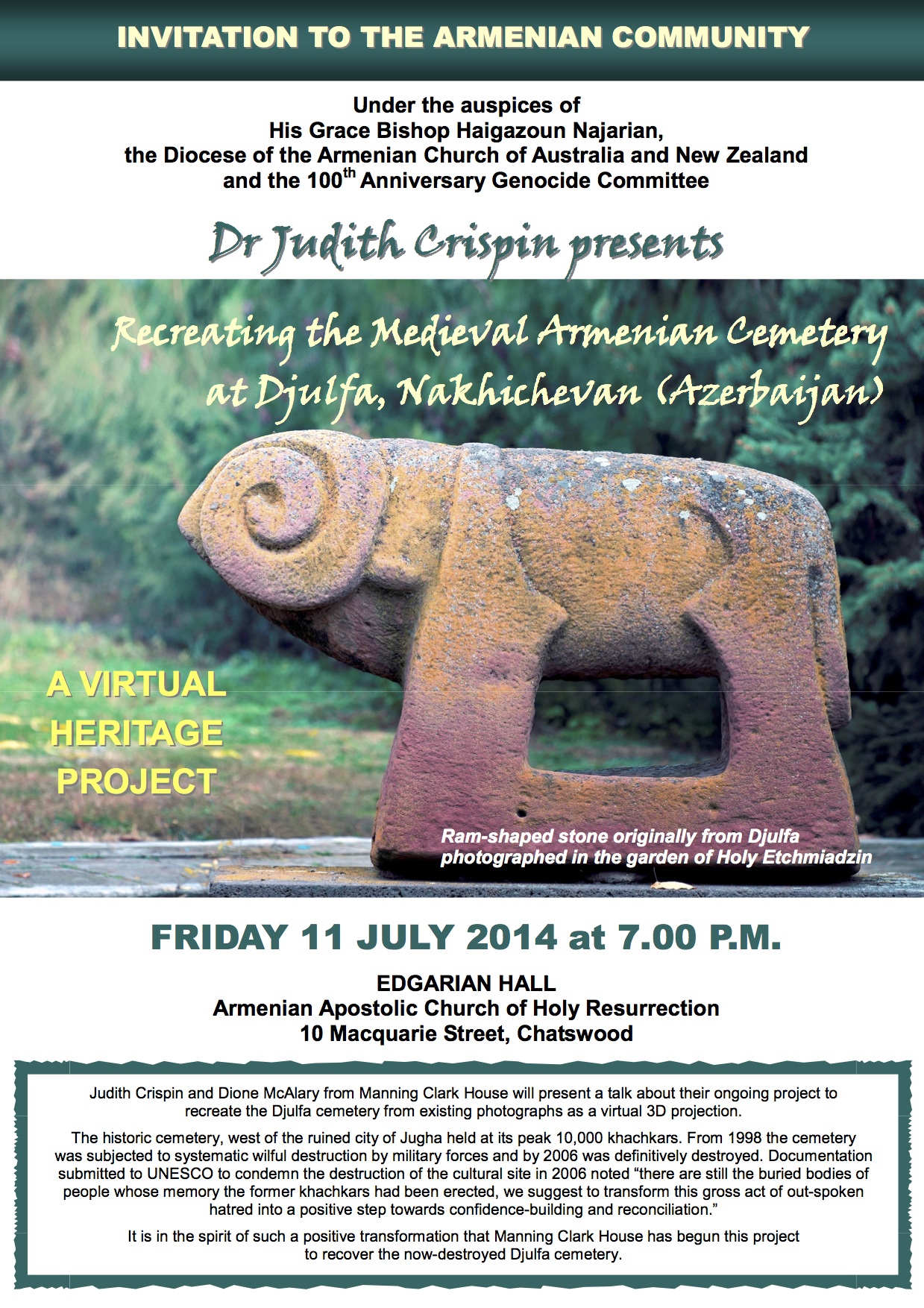 Sydney lecture on destroyed khachkars of Nakhichevan this Friday

Crispin is a Director at Manning Clark House (MCH), a noted and respected Australian ‘think tank’ based in Canberra, named after the leading historian, Manning Clark.

In November 2013, MCH began working on a ground-breaking project to digitally recreate the ancient Armenian cemetery at Djulfa. The Djulfa cemetery, which is located in the border area between Iran and Nakhichevan, was once home to more than 10,000 khachkars, traditional Armenian cross-stones, which dated back to the 15th century.

In 2005, the military of Azerbaijan began a systematic campaign to finally rid the Djulfa cemetery of all the Armenian khachkars by conducting destroying operations in the area. The international community condemned these attacks, however the cemetery could not be salvaged.

A document submitted by an international parliamentary delegation to UNSECO noted that “given the impossibility of any reconstruction of the destroyed site and its khachkars – now literally pulverised – and in consideration of the fact that under the surface there are still the buried bodies of people to whose memory the former khachkars had been erected, we suggest to transform this gross act of out-spoken hatred into a positive step towards confidence-building and reconciliation.”

Executive Director of the Armenian National Committee of Australia, Vache Kahramanian, stated: “We are delighted that Manning Clark House has undertaken this remarkable project. As a partner on this project, ANC Australia looks forward to working with Dr. Crispin and her team to make this project a success.”

Crispin will provide graphic evidence from her recent trip to the region, and advise specific details of MCH’s recreation project.

The lecture event is being held THIS FRIDAY, JULY 11, 7pm at the Armenian Apostolic Church’s Edgarian Hall.