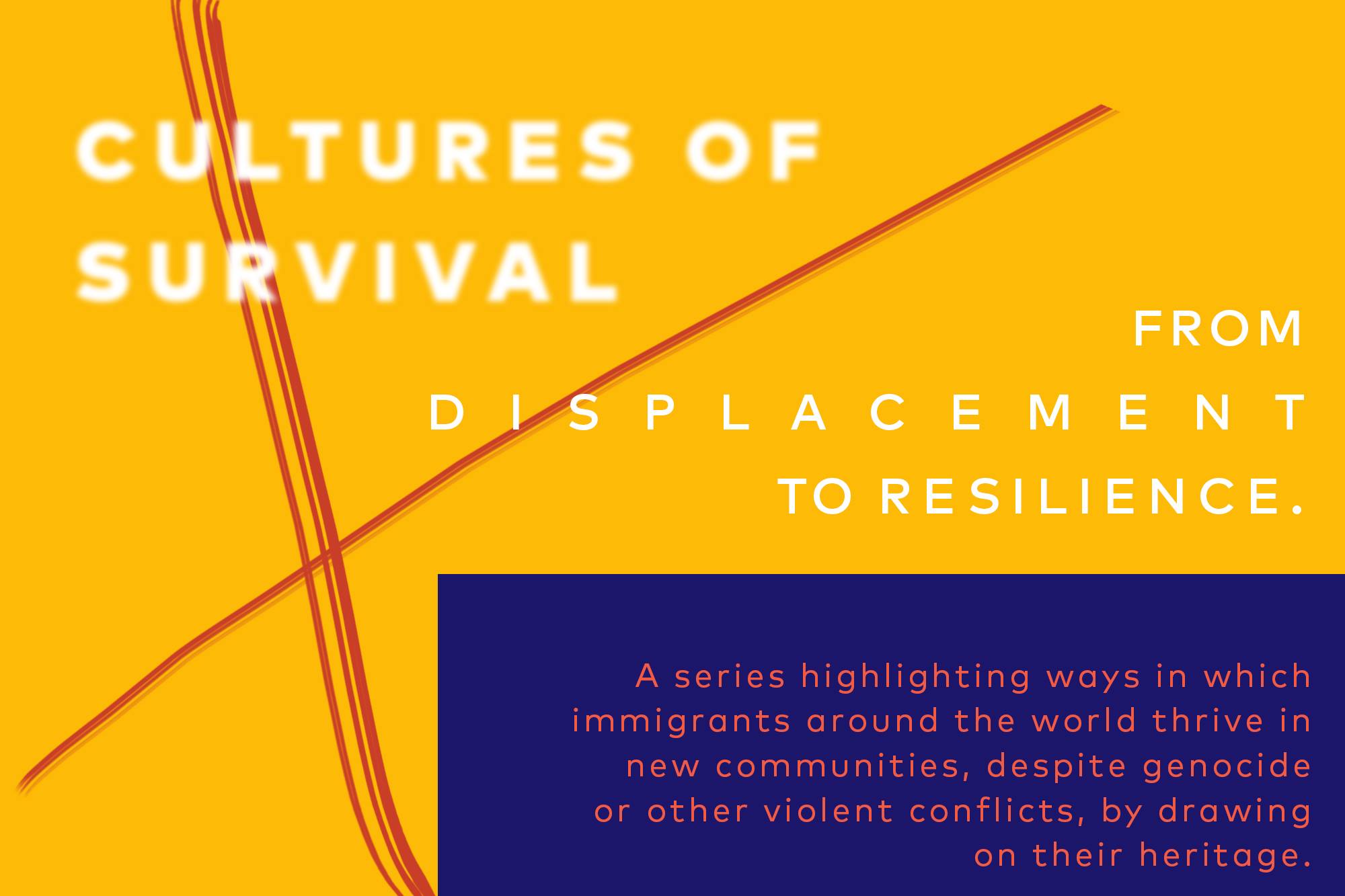 WASHINGTON, DC – This summer’s Smithsonian Folklife Festival’s landmark Armenia: Creating Home program will feature a robust focus on the theme of Cultures of Survival: From Displacement to Resilience, highlighting the central role of culture in preserving identity and promoting resilience for tens of millions worldwide displaced by genocide, war crimes, and other violence.

The ANCA Endowment Fund #KeepThePromise initiative serves as a major sponsor of the Folklife Festival and, along with the Aurora Humanitarian Initiative, is supporting narrative sessions, presentations, and film screenings around the theme of food, music, crafts, and the arts contributing to cultural resilience and survival. Among the themes that will be explored are: Making Meaning: Economic and Healing Power of Crafts, Giving Voice: Language and Cultural Survival, Tastes of Home: Food Enterprises, and Storytelling: History, Healing, and Hope. Two films screenings will explore the role of culture in preserving cultural identity and national survival in the face of genocide, The Promise and Intent to Destroy.

For additional information on these events visit:

“The ANCA Endowment Fund is pleased to serve as a major sponsor of this summer’s Smithsonian Folklife Festival’s Armenia: Creating Home programs exploring the global role of cultural heritage, remembrance, and rebirth in building resilience and ensuring survival in the wake of genocide, war, and forced displacement,” said the ANCA Endowment’s Aram Hamparian. “These universal themes speak powerfully to all those around our world who – like the Armenians – have drawn heavily upon cultural traditions to survive and thrive in new homes.”

Armenia: Creating Home is partnering with On the Move – a series of Folklife Festival programs exploring how American culture has been shaped by the movement of people to and within the United States – and the American Anthropological Association to explore the role of cultural heritage during forced displacement, with a focus on the ways it builds resilience and ensures survival. The collaboration, Cultures of Survival, is a series of narrative sessions featuring Armenian participants and others with similar histories of forced displacement to share their stories and discuss how they’ve drawn on their heritage – specifically language, music, craft and food – not only to survive, but also to thrive in new communities.

The full schedule of Cultures of Survival programming is provided below.

The Armenian American Diaspora(s) are made up of several waves of migration. This session explores the legacy of Armenians in America and Armenian involvement in humanitarian efforts around the world today. Participants include historian and author of Armenians in America: A 400-year Heritage Hayk Demoyan; Armenian American entrepreneur, philanthropist and co-founder of Aurora Humanitarian Initiative Noubar Afeyan; and Chairman Emeritus and Board Director of the Near East Foundation Shant Mardirossian. This discussion is moderated by Jim Deutsch, curator, Smithsonian Center for Folklife and Cultural Heritage.

Survival is the singular focus for those displaced by genocide, war crimes, or other violence. Traditional craft is proven to play a role in healing trauma and also provides a livelihood that can provide financial security in unfamiliar environments. Syrian Armenian embroiderers Maral Sheuhmelian-Berberian and Ayda Sandourian discuss the role craft has played in their personal and family histories, from surviving genocide to leaving Aleppo and settling in Yerevan. This discussion is moderated by Adam Gamwell, podcast host/producer, This Anthro Life.

This session explores these questions through conversation with Armenian program participants and representatives of the D.C.-based Mayan League, an organization working to sustain Mayan culture, communities, and lands. Participants include Syrian Armenian artisan Ayda Sandurian; Levon Avdoyan, an Armenia and Georgia area specialist at the Library of Congress; and Alejandro Santiago González (Maya Ixil) and Mercedes M. Say Chaclan (Maya K’iche’) of the Mayan League. The discussion is moderated by Mary S. Linn, curator of cultural and linguistic revitalization, Smithsonian Center for Folklife and Cultural Heritage.

Music is one of the human expressions where rootedness and distant influences can be readily identified. Kumera Genet, D.C.-based musician, youth educator, and community organizer, leads a conversation with Arto Tunçboyaciyan, a renowned composer, multi-instrumentalist, and leader of the Armenian Navy Band. Their discussion explores how heritage, migration, and exile shape creative practices, and the way Armenian musical traditions have influenced and been themselves transformed through transnational experiences.

A source of sustenance and the centerpiece of social gatherings, food can function as a touchstone to heritage, a form of expression and communication, and as an avenue for improving livelihoods. Andy Shallal, D.C.-based artist, activist, and entrepreneur (owner of Busboys & Poets), leads a conversation on this topic with Armenian and U.S.-based food entrepreneurs whose businesses have been shaped by contemporary migrations caused by conflict and war. Panelists include Andranig Kilislyan of Abu Hakob, a family-owned restaurant that moved from Aleppo to Yerevan in 2014; Noobtsaa Philip Vang, founder of D.C.-based Foodhini; and Liana Aghajanian, Detroit-based journalist and producer of the Dining in Diaspora blog.

The Armenian American diasporas are made up of several waves of migration. This session explores the legacy of Armenians in America and Armenian involvement in humanitarian efforts around the world today. Participants include historian and author of Armenians in America: A 400-year Heritage Hayk Demoyan; Armenian American entrepreneur, philanthropist and co-founder of Aurora Humanitarian Initiative Noubar Afeyan; and President of the Board of the Near East Foundation Shant Mardirossian. This discussion is moderated by Jim Deutsch, curator, Smithsonian Center for Folklife and Cultural Heritage.

Born Vostanik Manoug Adoian in the village of Khokorm near Lake Van in the Ottoman Empire, Armenian American Arshile Gorky (c. 1902–1948) was one of the most influential painters of the twentieth century. The land of his birth—as well as the loss and suffering experienced in it—found its way into an extraordinary body of work. One such painting, Image in Khokorm, is now on view in at the Kreeger Museum. Join us for a spirited talk on the piece and what it says about place, longing, and creativity, led by museum docent Irene Abrahamian. The afternoon will include music and light refreshments.

Onnik Dinkjian, at eighty-eight years old, remains America’s most renowned Armenian folk and liturgical singer. He has preserved Armenian folk songs from the villages of Anatolia in eastern Turkey, especially in the unique dialect from his ancestral city of Diyarbekir. Onnik will be joined by an ensemble that includes his son Ara, a highly accomplished oud player. Presented in partnership with the American Folklife Center.