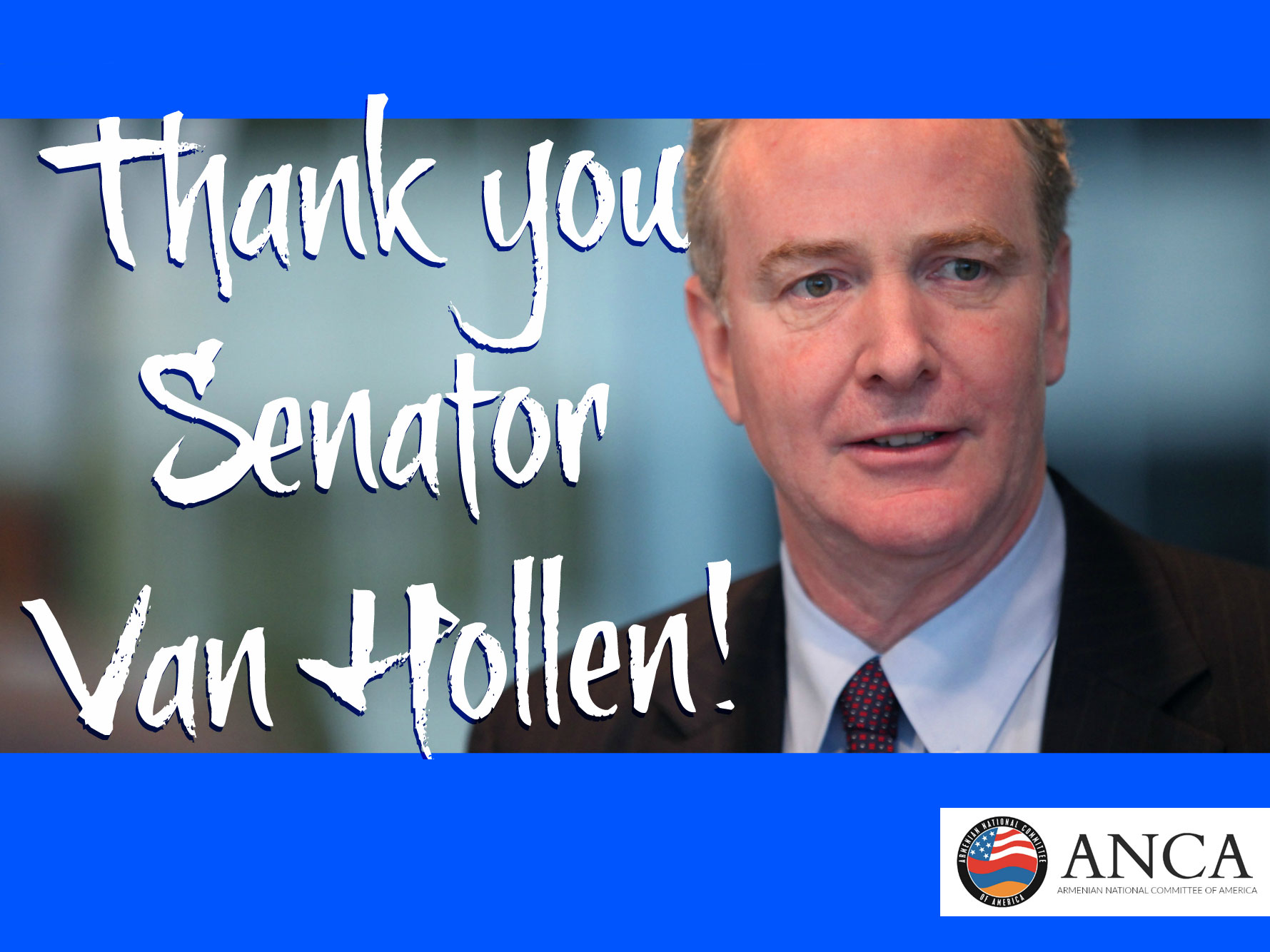 WASHINGTON, DC – The full U.S. Senate Appropriations Committee today adopted report language offered by Senator Chris Van Hollen (D-MD) – as part of its Fiscal Year 2019 (FY19) foreign aid bill – noting the panel’s continued concern with the “protracted conflict between Azerbaijan and Armenia,” and – in a move warmly welcomed by the Armenian National Committee of America (ANCA) – specifically called for U.S. support for “humanitarian and health programs,” including for “regional rehabilitation centers to care for infants, children and adults with physical and cognitive disabilities.” The move prioritizes U.S. funding for programs like the Lady Cox Rehabilitation Center, located in the Artsakh’s capital, Stepanakert, which has helped over 15,000 patients over the past 20-years.

“The ANCA thanks Senator Van Hollen for his leadership in including language in the Senate foreign aid bill that prioritizes support for rehabilitation programs like Artsakh’s Lady Cox Rehabilitation Center. U.S. assistance to the vulnerable populations dealing with disabilities aligns perfectly with American values, our interest in helping vulnerable populations, and our broader commitment to universal human rights,” remarked ANCA national chairman Raffi Hamparian.

The ANCA has worked over the past two appropriations cycle to support de-mining and rehabilitation funding for Artsakh (Nagorno Karabakh), with a special emphasis on helping HALO Trust complete its mine clearance and assisting the Lady Cox Rehabilitation Center to expand its services for vulnerable regional populations. The foreign aid bills typically include “report language” providing detailed legislative guidance for the executive branch. In February, the ANCA submitted testimony to the Senate and House calling for $6 million in U.S. assistance to Artsakh as part of its $70 million “Peace and Prosperity” aid priorities for Armenia and Artsakh. The ANCA’s testimony is available at:

In terms of aid to Armenia, similar to last year, the Senate Appropriations Committee called $17.633 million in Economic Support and Development Fund (ESF), $1.5 million for battling narcotics trafficking, $600,000 for International Military Education and Training and $1 million in Foreign Military Financing. The Senate maintained parity in appropriated military assistance to Armenia and Azerbaijan.

The House Appropriations Committee is expected to consider their version of the Fiscal Year 2019 foreign aid bill in the next few weeks. The full Senate and House then consider the measures individually, after which a conference is held between the two bodies to iron out differences prior to it reaching the President for signature.