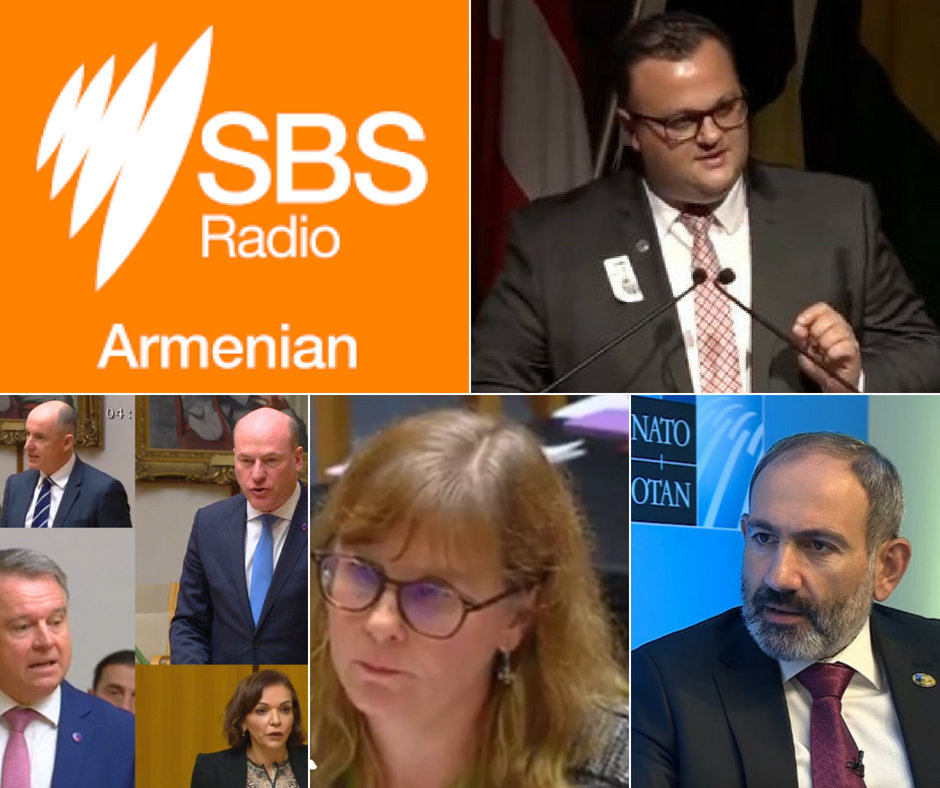 The two discussed the latest developments in Canberra, where a motion recognising the Armenian Genocide through the prism of Australia’s first major international humanitarian relief effort was debated for the first time in Federal Parliament.
]

The interview also touched on the unprecedented Senate Estimates coverage in Federal Parliament during May, where three separate Senators questioned SBS and the Department of Foreign Affairs & Trade, respectively on Australia’s position on the Armenian Genocide and Nagorno Karabakh (Artsakh).

Kayserian was also able to introduce the new ANC-AU Branches that were recently launched in Perth and Canberra, before closing with an answer to Kateb’s question about how the recent changes in Armenia – with Nikol Pashinyan taking over as Prime Minister following what has been labeled a “Velvet Revolution” – has impacted the work of ANC-AU.

“Pashinyan has spoken very positively on the issues that concern us, almost singing from our hymn sheet when applying pressure on NATO to strongly condemn Azerbaijan’s threats of a military solution to the Artsakh Conflict,” Kayserian said. “We welcome that approach by the Prime Minister, as well as the fact that he made the people of Artsakh’s right to self-determination part of his government programme.”

Listen to the full interview by clicking here.