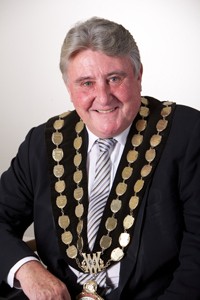 SYDNEY: The Armenian National Committee of Australia (ANC Australia) has passed on its condolences to the family of Willoughby Mayor Pat Reilly and attended his funeral, after he passed away on Tuesday, 21st January 2014.

Reilly served as a Willoughby City Council Councillor for 27 years, of which 17 were in the capacity of Mayor.

He was born in 1952 and attended St Thomas’ Willoughby, and St Pius X at Chatswood.

Reilly was a long standing friend of the Armenian-Australian community, and in particular to the large Armenian community who reside within Willoughby Council’s jurisdiction.

He is survived by his wife Beth and daughter Sophie.