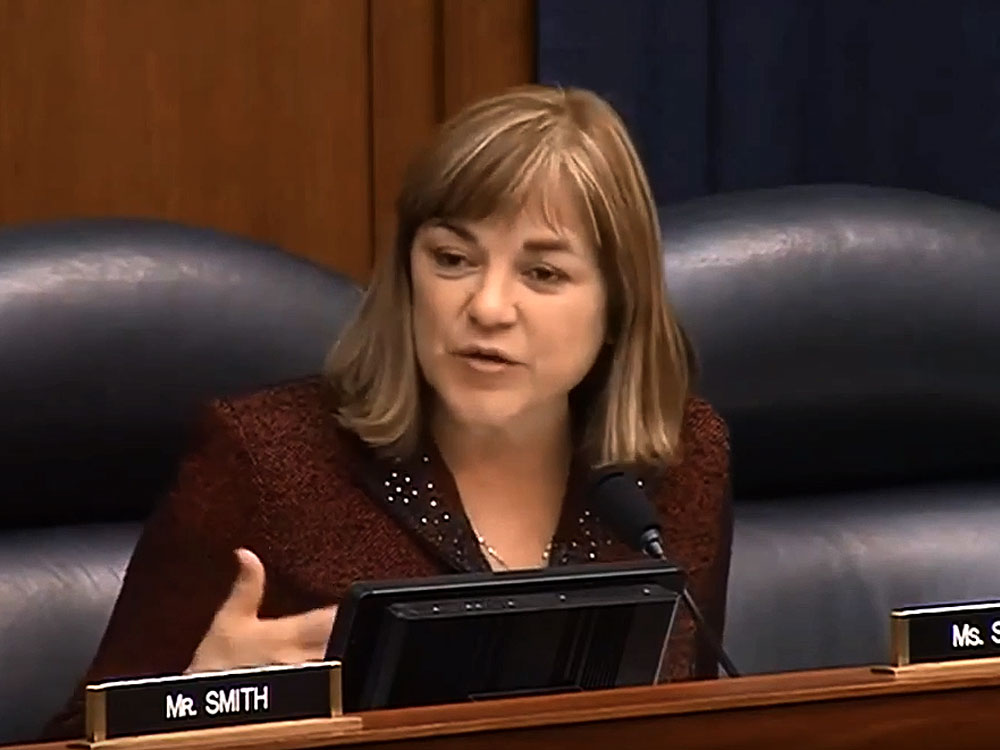 In her remarks, Rep. Sanchez cited sharp criticism of Azerbaijan’s human rights record and called attention to Azerbaijan’s President Ilham Aliyev’s pardon and praise for Ramil Safarov, who axe-murdered an Armenian officer while he slept during a NATO peace-keeping training program in Hungary. Rep. Sanchez’s statement accompanied an amendment that she submitted, but later withdrew for procedural purposes.

Video of Rep. Sanchez’s remarks is available on the ANCA YouTube channel at:

The Sanchez amendment is available at:

“We join with Representative Loretta Sanchez in calling for a ‘Leahy Law’ investigation into reports of Azerbaijan’s anti-Armenian atrocities,” said ANCA Western Region Chairwoman Nora Hovsepian. “Armenian Americans – from her district and across California – welcome her principled leadership in ensuring that our U.S. tax dollars are not used to kill, maim, and torture Armenian civilians or soldiers.”

As a recipient of both Foreign Military Financing (FMF) and International Military Education and Training (IMET) assistance, Azerbaijan is subject to scrutiny, under a set of U.S. laws known collectively as the Leahy Laws, which are triggered when there are reliable reports of U.S.-funded foreign units have committed atrocities. If proven to be true, such conduct would result in 1) statutory restrictions on continued military aid to the units found to have engaged in these abuses, 2) U.S. efforts to engage with the foreign government in question to bring those responsible to justice.

The Obama Administration, if it chooses to move forward with an investigation, would direct the Department of State – including the Bureau of Democracy, Human Rights, and Labor (DRL) and the Bureau of European and Eurasian Affairs – to open a Leahy Law review – involving a thorough vetting of our military aid program to Azerbaijan and an investigation into reported anti-Armenian atrocities.

Credible reports of war crimes committed by Aliyev’s forces against civilians and Karabakh defense forces during the April 2 – 7 Azerbaijani attack on Nagorno Karabakh republic have emerged – including the execution and mutilation of an elderly couple in the village of Talish and the beheading of three Armenian soldiers. An extensive report issued by the Nagorno Karabakh Republic Ombudsman regarding the issue is available at: http://anca.org/assets/graphics/2016/Public-Report-Ombudsman-of-NKR.pdf

Photo: Rep. Loretta Sanchez (D-CA) calling for a “Leahy Law” investigation of Azerbaijan during the mark-up of the National Defense Authorization Act (NDAA)