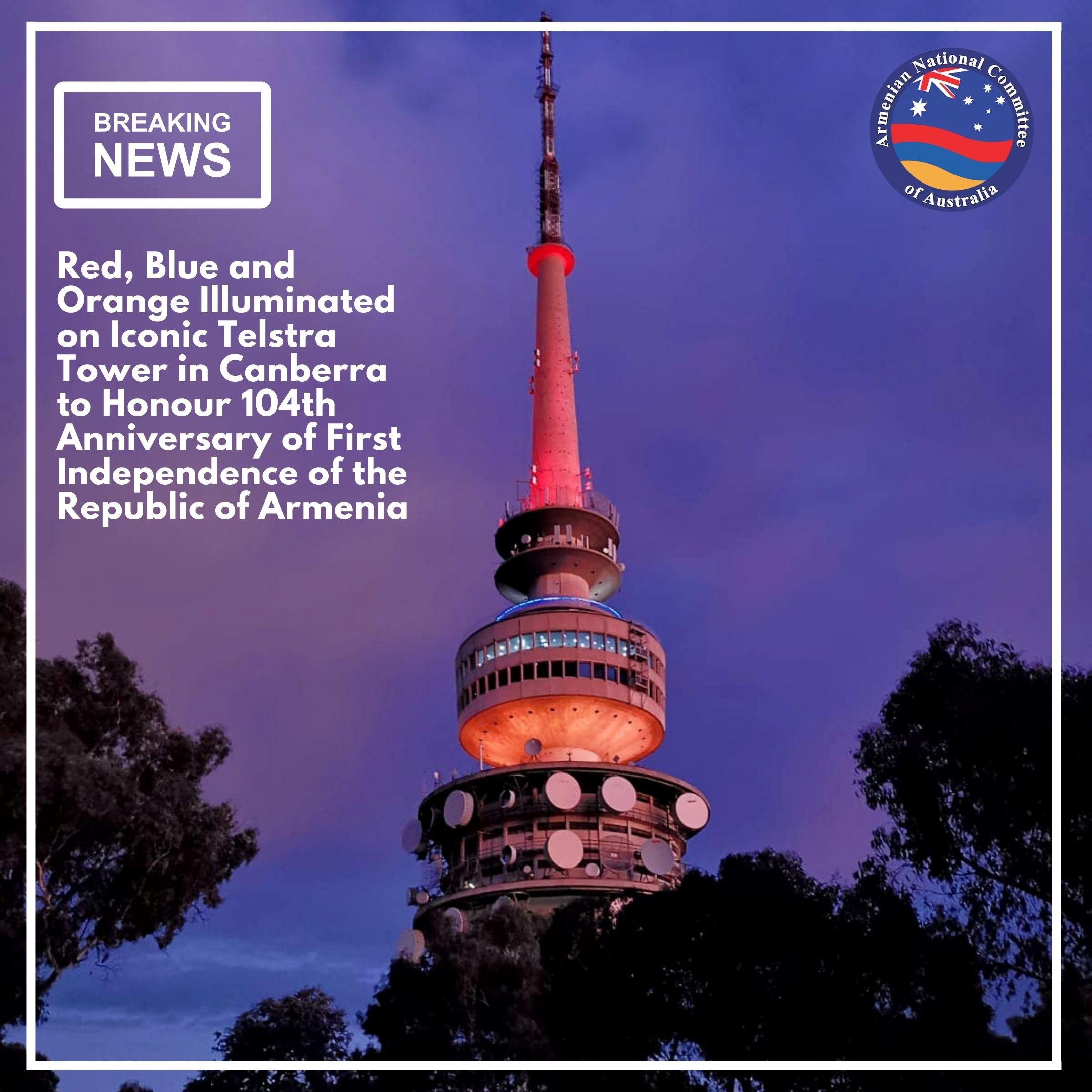 Red, Blue and Orange Illuminated on Iconic Telstra Tower in Canberra to Honour 104th Anniversary of First Independence of the Republic of Armenia

The Armenian National Committee of Australia (ANC-AU) reports that Australia’s national capital is marking the 104th Anniversary of the Independence of the First Republic of Armenia with a light tribute of the Armenian tricolours onto Canberra’s iconic Telstra Tower.

On 28th May 2022, the 195.2 metre-tall building that looks over the nation’s capital will be illuminated red, blue, orange from 5:00pm – 11:00pm (AEST) after arrangements made by the office of the ANC-AU and their local Canberra Branch.

This is the first time an Australian landmark has lit up with the colours of the Armenian flag on the occasion marking a critical date in Armenia’s calendar.

Also known as Republic Day or Mayis 28, this annual holiday in the Republic of Armenia marks the anniversary when Armenian men, women and children rose from the ashes just three years after the Armenian Genocide, to defend what would have been a fatal Turkish advance on the nation’s dreams of statehood.

The deeds of many heroes led to a successful defence in the battles of Sartarabad, Ghara Kilise and Pash Abaran, which led to the declaration of the First Armenian Republic after seven centuries of compromised sovereignty on 28th May 1918.

Despite the Republic only lasting three years, it was one of the first democracies in the world to elect women to parliament, established the nation’s state university, and ensured a legacy that allowed for the Republic of Armenia to exist today.

“We thank our local branch in Canberra and the Telstra Tower team for helping our community honour this most momentous occasion in Armenian calendars with such a fitting tribute,” Kolokossian said.