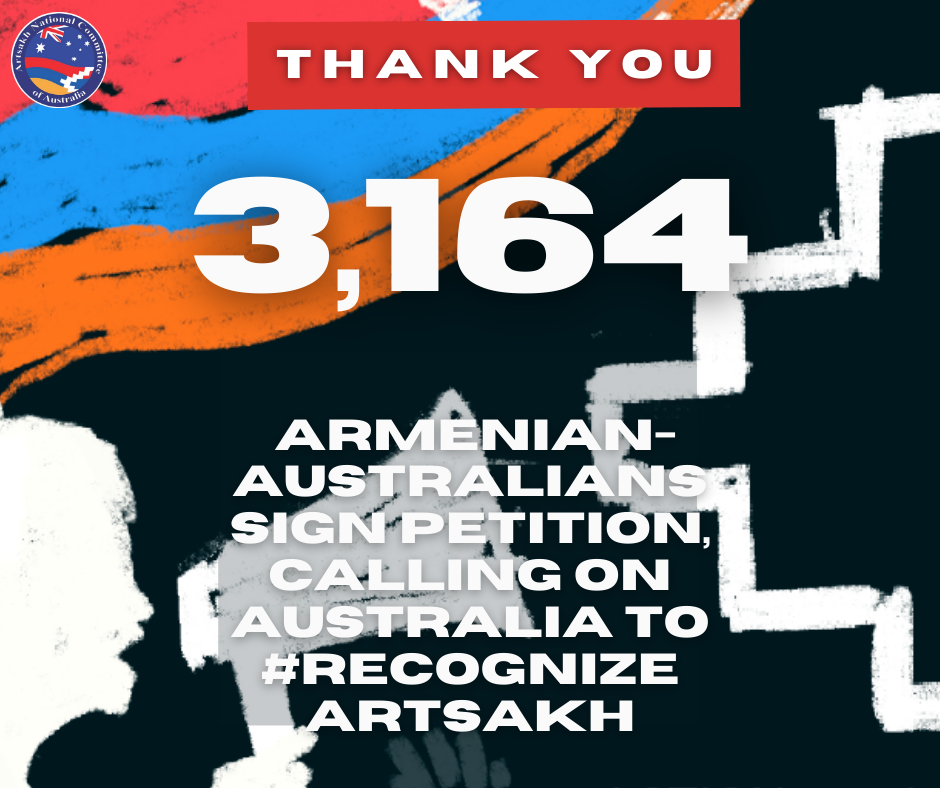 CANBERRA: A total of 3,164 Australians signed the Armenian National Committee of Australia’s (ANC-AU) petition on the official website of the Australian Parliament, calling on the nation’s lawmakers and Government to recognize the rights to self-determination of the Republic of Artsakh.

After 44 days of Azerbaijani war crimes, supported by Turkey and Islamist Jihadist terrorists, the indigenous Armenian homeland of Artsakh (Nagorno Karabakh) is under occupation. International recognition efforts for the people’s rights to self-determination have taken center stage, with the country’s independence believed to be the only guarantee of their future security.

This petition, which was published following approval by the Australian Parliament’s House of Representatives’ Standing Committee on Petitions, requests Australia’s parliament joins the French Senate and National Assembly, the New South Wales Parliament’s Legislative Assembly and many other legislatures around the world that have begun acknowledging the human rights to self-determination of the indigenous Armenians of Artsakh, who voted comprehensively for independence in 1991.

“The petition’s 3,164 signatures ensured it was the sixth-most signed petition out of the last 150 presented to the Australian Parliament’s House of Representatives,” said ANC-AU Executive Director Haig Kayserian.

“We thank the Australian citizens or residents who signed the petition, and look forward to its presentation to the lower house, whose members we call on to help usher Australia to support the safety and integrity of our ancestral Armenian homeland.”