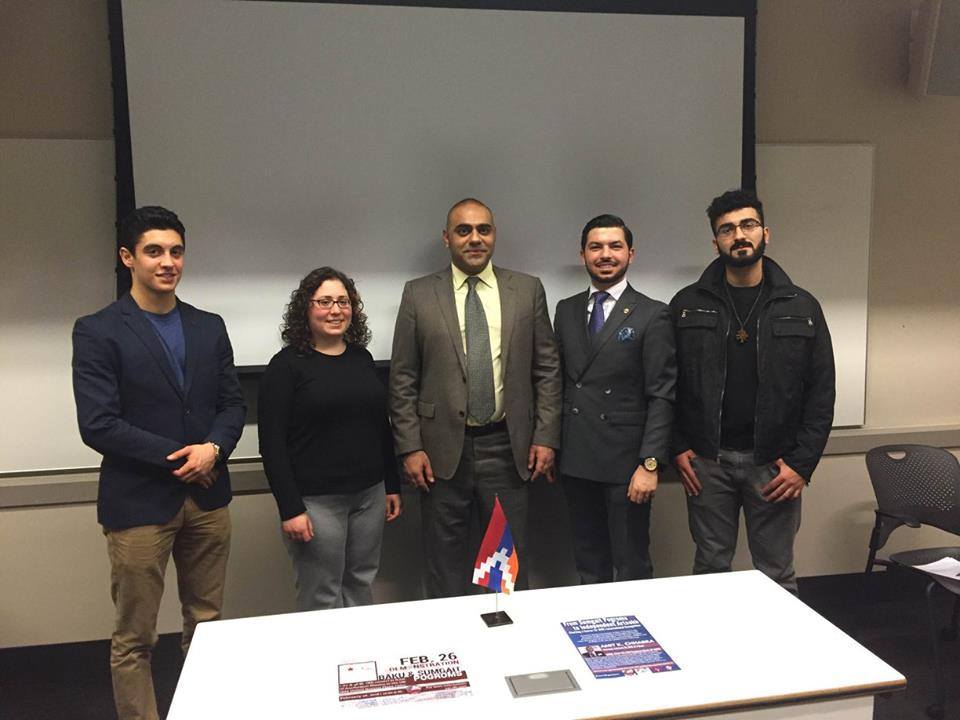 Chhabra is a New York attorney, law professor, and NGO ambassador to the United Nations. He has conducted extensive research in international law with a focus on ethno-political armed conflicts, their resolution, and state recognition issues, including the case of the Nagorno-Karabagh Republic. He has authored a paper called, “Superpower Responsibility for State Recognition: Charting a Course for Nagorno-Karabakh,” wherein he posits that the “Great Powers” have an independent duty to unilaterally engage with NKR. His current book The Dust Never Settles: Kashmir, Kosovo, Karabakh is a case study on post-war reconciliation.

In his remarks, Professor Chhabra noted that because of internal human rights violations and the lack of other viable alternatives, the “traditional criteria for a valid unilateral secession [of Artsakh]… appeared to be satisfied.” He further added that, “The 1991 referendum demonstrated popular will in favor of independence and unification with Armenia. When the Council of Peoples’ Deputies communicated the desired transfer of Nagorno Karabagh Autonomous Oblast within the existing framework of the Azerbaijan SSR and the Soviet SSR, Azerbaijan’s government instead responded with alleged state-sponsored ethnic cleansing of its ethnic Armenian element. As self-determination and the call for independence simply were not respected, Karabagh had one alternative, to secede,” he said.

“The trick now is to obtain political clout by the great powers to recognize the de facto independent state, rather than continue following their oil interests in support of Azerbaijan’s claim to territorial integrity,” added Chhabra. “Due to their positioning within the international system, the great powers have a duty to unilaterally engage with the relevant players so as to ensure a lasting regional peace.”

The Sumgait Pogroms were acts by Azerbaijan that were planned and organized by the authorities to make a push for the expulsion of Armenians from Azerbaijan. The pogroms were also Azerbaijan’s reaction to the peaceful activities of the people of the recently independent Nagorno-Karabagh. According to official data of former USSR, 27 people were killed during the days prior to and after Feb. 27, 1988 but in reality this figure is higher than 100.