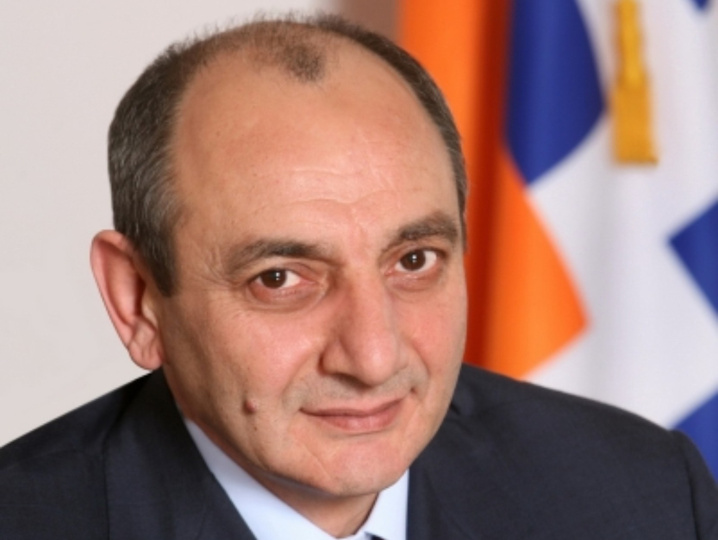 “We Are #ArtsakhStrong”: Community to Celebrate 25 Years of Artsakh Independence

Washington, DC – The Armenian National Committee of America Eastern Region (ANCA-ER) announced today that it will be honoring His Excellency Mr. Bako Sahakyan, President of the Artsakh Republic (Nagorno-Karabakh) with its highest honor, the prestigious Freedom Award at its 10th Annual Banquet to be held on Saturday, December 3, 2016, in the nation’s capital.

“President Sahakyan has demonstrated an ongoing commitment to vigorously defending Artsakh’s independence, ensuring unprecedented redevelopment in the republic and establishing foundations of a peace-loving and open society, placing NKR on the international map of democracies,” explained ANCA Eastern Region Chairman Stephen Mesrobian. “We look forward to celebrating Artsakh’s 25th anniversary, as we recommit ourselves to supporting its status, security, development and the cause of peace in the region.”

During President Sahakyan’s tenure, Artsakh has blossomed exponentially in both foreign and domestic areas including establishment and practices of democratic principles, a fair market banking and loan system, traditional and non-traditional economic practices in areas of agriculture, mining, IT, and energy, with the latter resulting in Artsakh’s ability to now generate over 70% of the energy it consumes, as well as, creating bilateral foreign relations, which contributed to a number of new joint venture enterprises with dozens of well-respected companies from the United States, Canada, Russia, France, and Italy.

The banquet, sponsored by the ANCA Eastern Region Endowment Fund, will begin with an elegant cocktail reception and silent auction at 6:00 p.m., followed by dinner and awards ceremony at 7:00 p.m. The event will take place at the prestigious Westin Arlington Gateway located at 801 N Glebe Rd, Arlington, VA 22203. For details and hotel reservations, call 1 (800) 937-8461 and reference “ANCA” to get the reduced rate of $109/night (including 2 breakfast vouchers) for the rooms.

This year’s banquet is the anchor event for a weekend full of activities, including the first ever reunion of ANCA Leo Sarkisian Internship and Capital Gateway Program alumni. The reunion, marking the 30th Anniversary of the Leo Sarkisian Internship, will be held in conjunction with the annual ANCA Christmas Party on Friday, December 2nd at the ANCA Aramian House located at 1620 T St NW, Washington, DC. To RSVP, please visit: https://www.facebook.com/events/294382057614997/

The weekend will also feature an ANCA-ER Special Briefing at the Embassy of the Republic of Armenia on Saturday, December 3 from 10:00 a.m. until 3:00 p.m and a Brunch Seminar at the ANCA Washington DC Headquarters on Sunday, December 4th from 10:00 a.m. – 12:00 noon. To RSVP for the Briefing and/or Seminar, please send an email to ancaer@anca.org. Space is limited to the first 50 RSVPs and priority will be given for out-of-town participants.