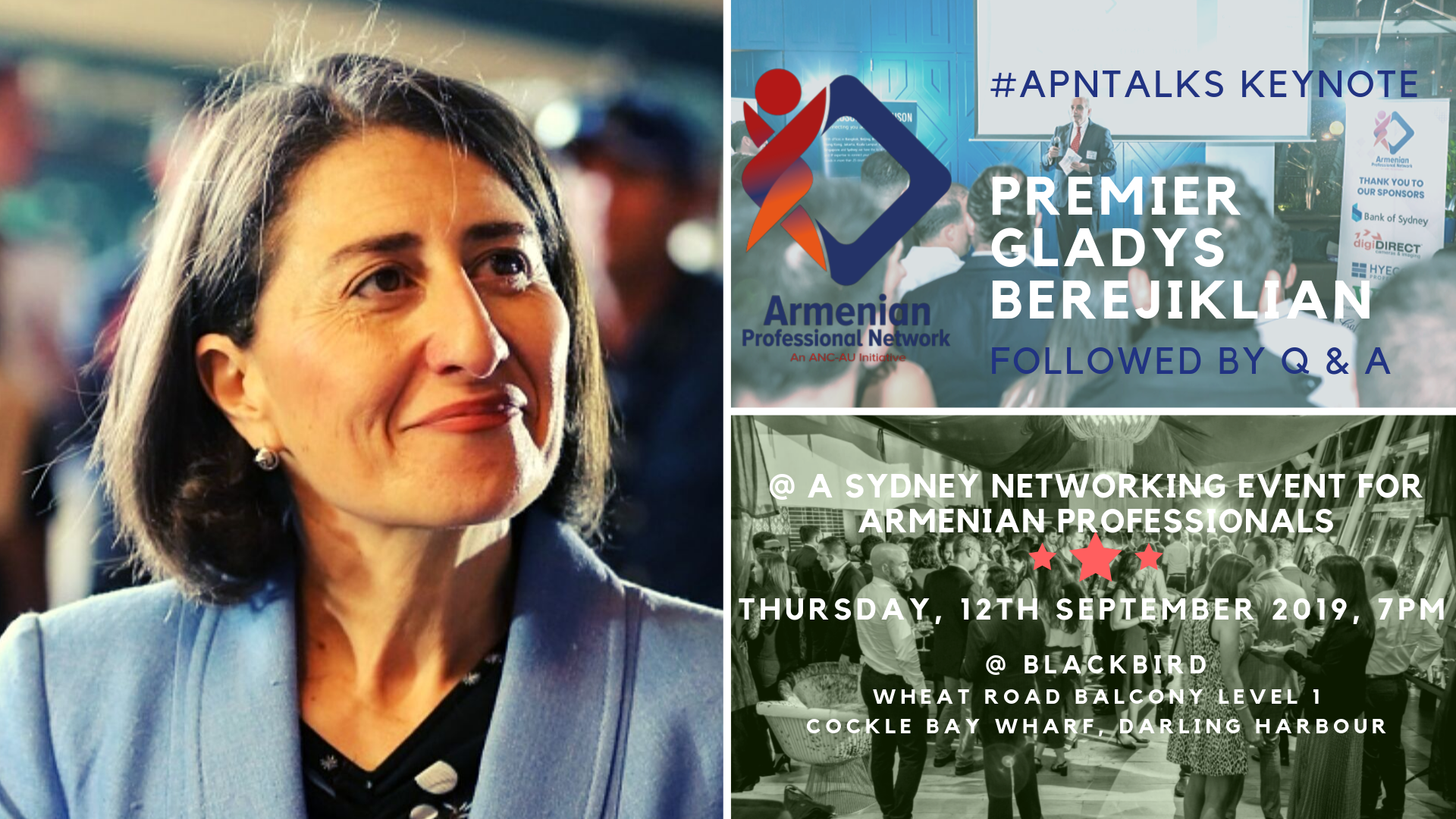 The event, which will be held at Cockle Bay Wharf’s Blackbird bar on Thursday 12th September 2019, will also include a major announcement from the APN Committee, who will be launching the organisation’s first industry-specific streams – called Forums – with the aim to connect individuals from related professions.

“We are very excited about what will be our final event of 2019,” said APN Chair, Dr. Vik Kortian. “Attendees will be treated to an intimate audience with the most prominent Armenian-Australian in Premier Berejiklian, while networking with fellow Armenian professionals and enjoying food and drinks from Blackbird in Sydney’s iconic Darling Harbour.”

The APN, which is an initiative of the Armenian National Committee of Australia (ANC-AU), seeks to connect Armenian professionals across Australia through events, forums and other opportunities. Its March 2019 launch event featured an #APNTALKS keynote address by prominent Armenian-Australian business leader and legendary banker, Mr. Michael Carapiet.

On 12th September 2019, it will be Premier Berejiklian discussing her pathway from university to banking, to politics, to elected office, and now as the executive leader of a state with a population of 8 million people.

ANC-AU referred to Berejiklian as “the most powerful Armenian woman in world politics” after she became the first female Premier of NSW to be elected in her own right in March 2019.

Berejiklian told the gathered after her historic victory: “No matter your background or where you live, you can be the Premier of New South Wales – a state where someone with a long surname and a woman can be the Premier.”

Since her victory, Berejiklian has visited Armenia, meeting the country’s President and Prime Minister. She also hosted a delegation from the Republic of Artsakh in NSW during July 2019.