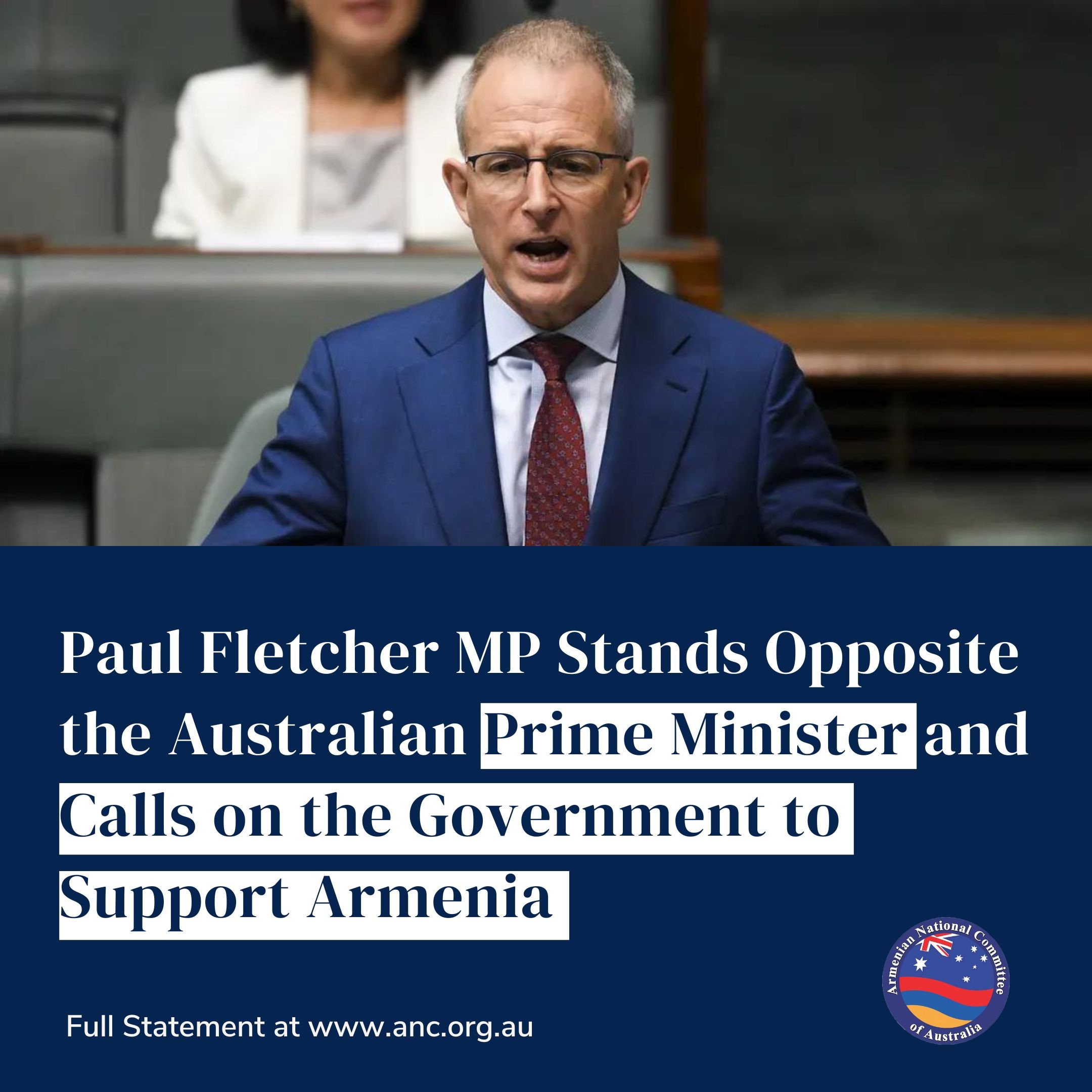 Federal Member for Bradfield, Paul Fletcher stood in the Australian Parliament’s House of Representatives, opposite Prime Minister Anthony Albanese, and called on the Australian government to signal “clear and unambiguous support for the protection of Armenian civilians and civilian infrastructure”, reported the Armenian National Committee of Australia (ANC-AU).

Fletcher––who is Australia’s former Communications Minister and current Manager of Opposition Business in the House and Shadow Minister for Government Services and Digital Economy––delivered a Private Members Statement condemning Azerbaijan’s latest assault against Armenia’s borders, which he called a “grave breach of Armenia’s sovereignty”.

As a member of the Australian Friends of Artsakh network and signatory to the Joint Justice  Initiative calling for national recognition of the Armenian, Assyrian and Greek Genocides, Fletcher has long advocated for the concerns of the Armenian-Australian community in his electorate in the Federal Parliament.

Fletcher said: “I call on Azerbaijan to respect the sovereign territory of Armenia and retreat immediately to the agreed borders. As a result of this military aggression, the Azerbaijani army has advanced up to 7.5 kilometres into the sovereign territory of Armenia along an 8.5-kilometre wide front displacing up to 7600 Armenians. This is a serious violation of the ceasefire agreement concerning the Armenia-Azerbaijani border.”

Statements have also been delivered in the State Parliament of New South Wales by Hugh McDermott MP, Tim James MP and Rev. Fred Nile MLC, all of whom condemned Azerbaijan’s aggression.

“Our community expects all those representing Australian values of democracy and standing against autocracy to  amplify these concerns by outwardly condemning Azerbaijan’s barbaric invasion of Armenia.”

“Earlier this month, our community joined compatriots worldwide in celebrating the 31st Anniversary of the Republic of Armenia’s independence. Yet the country built on the backs of Genocide survivors is facing an existential threat following Azerbaijan’s brutal invasion of Armenia and attempted ethnic cleansing. As such, we expect elected representatives to follow in the footsteps of Ms Tink and Mr Fletcher and hold our Australian Government to account for their deafening silence,” Kolokossian added.