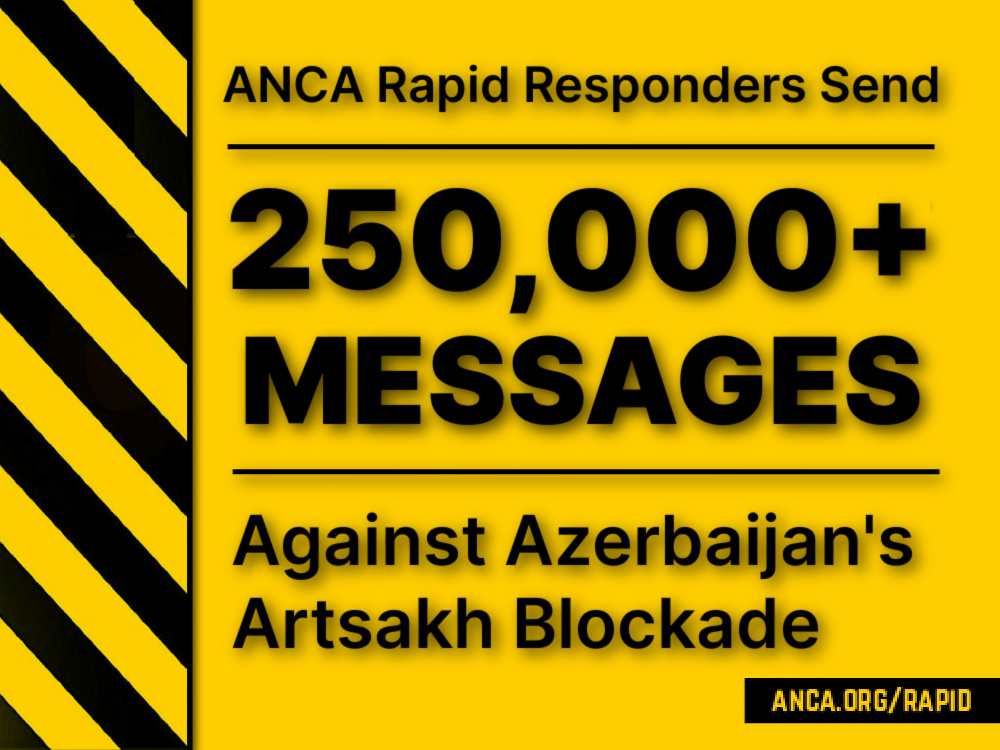 Over 250,000 individual messages have been sent via the Armenian National Committee of America (ANCA) Rapid Responder system to President Biden, Vice-President Kamala Harris, USAID Administrator Samantha Power, and the bipartisan leadership of the U.S. Senate and House over the past week, all demanding U.S. leadership in breaking Azerbaijan’s blockade of Artsakh.

“Our day-to-day advocacy with Congress and the Administration is immeasurably strengthened by the steady stream of tens of thousands of emails, calls, and tweets into Washington, DC policymakers,” said ANCA Executive Director Aram Hamparian. “If you’re not already signed up as an ANCA Rapid Responder, be sure to register today at www.anca.org/Rapid.”

Over 50,000 Armenian and allied Americans, from all 50 U.S. states, have signed up as Rapid Responders, authorizing the ANCA to send timely advocacy messages on their behalf. During Azerbaijan’s devastating blockade of Artsakh, these messages have prioritized the following ANCA policy requests of the U.S. government:

In addition to the ANCA Rapid Responder system, thousands have used the ANCA’s online portal – anca.org/blockade – to call, tweet, and write the White House and Congressional leaders to address this enfolding Artsakh humanitarian crisis immediately.