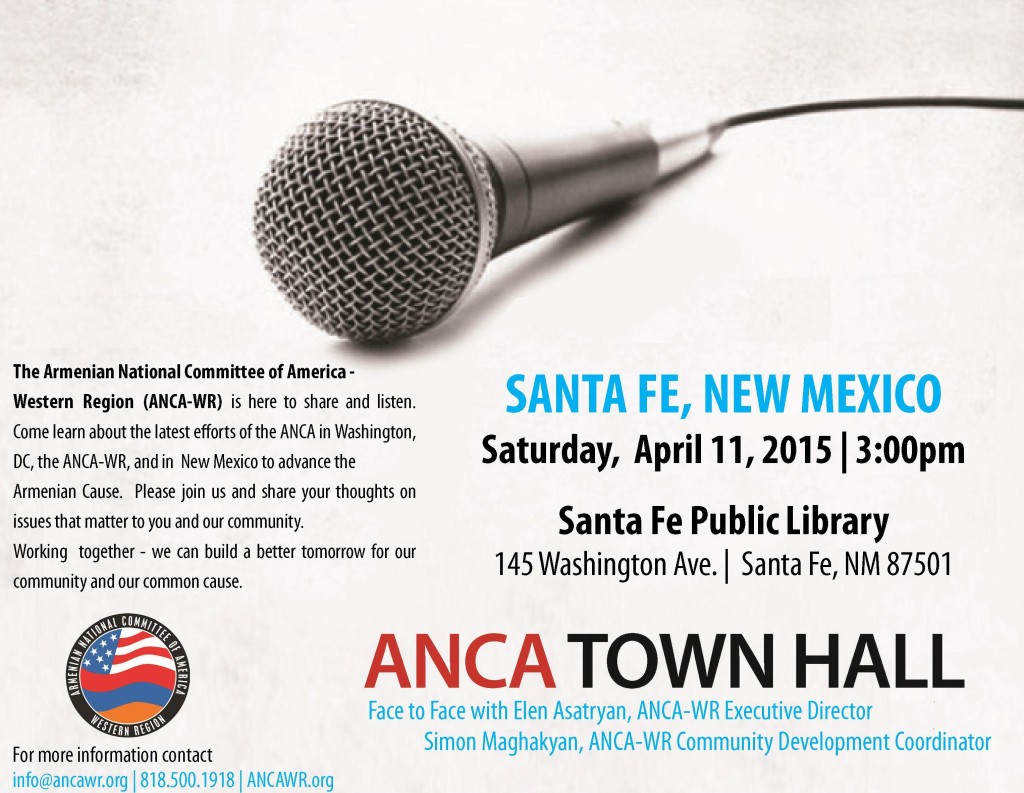 SANTA FE, New Mexico – True to its grassroots, the Armenian National Committee America Western Region (ANCA WR) will continue its road trip through the states, now with a stop in the state of New Mexico. On Saturday, April 11, 2015, 3:00PM-5:00PM ANCA WR will host its next Town Hall at the Santa Fe Public Library ( 145 Washington Ave., Santa Fe, NM 87501).

“The town hall meetings play a key role in connecting with the different communities in the region and learning about their needs and interests, while also serving as an opportunity to engage them in initiatives taken on by the ANCA,” stated ANCA-WR Executive Director Elen Asatryan. “We look forward to meeting community members in the state of New Mexico and developing a long term working relationship with them as we continue to plant the seeds of activism in that area,” added Asatryan.

The ANCA-WR Town Hall series is an effort to reactivate and engage Armenian American communities throughout the Western United States. The meetings are led by ANCA-WR senior staff and Executive Board members, who provide attendees with an overview of the organization, its priorities, and recent developments affecting Armenian-Americans, Armenia and Artsakh. After the presentation, community members have an opportunity to ask questions, discuss issues of concern, make recommendations, and learn about ways to get involved with ANCA efforts locally.

For more information about the upcoming ANCA Town Hall meetings individuals are encouraged to contact the ANCA-WR office by emailing info@ancawr.org or by calling 818.500.1918.