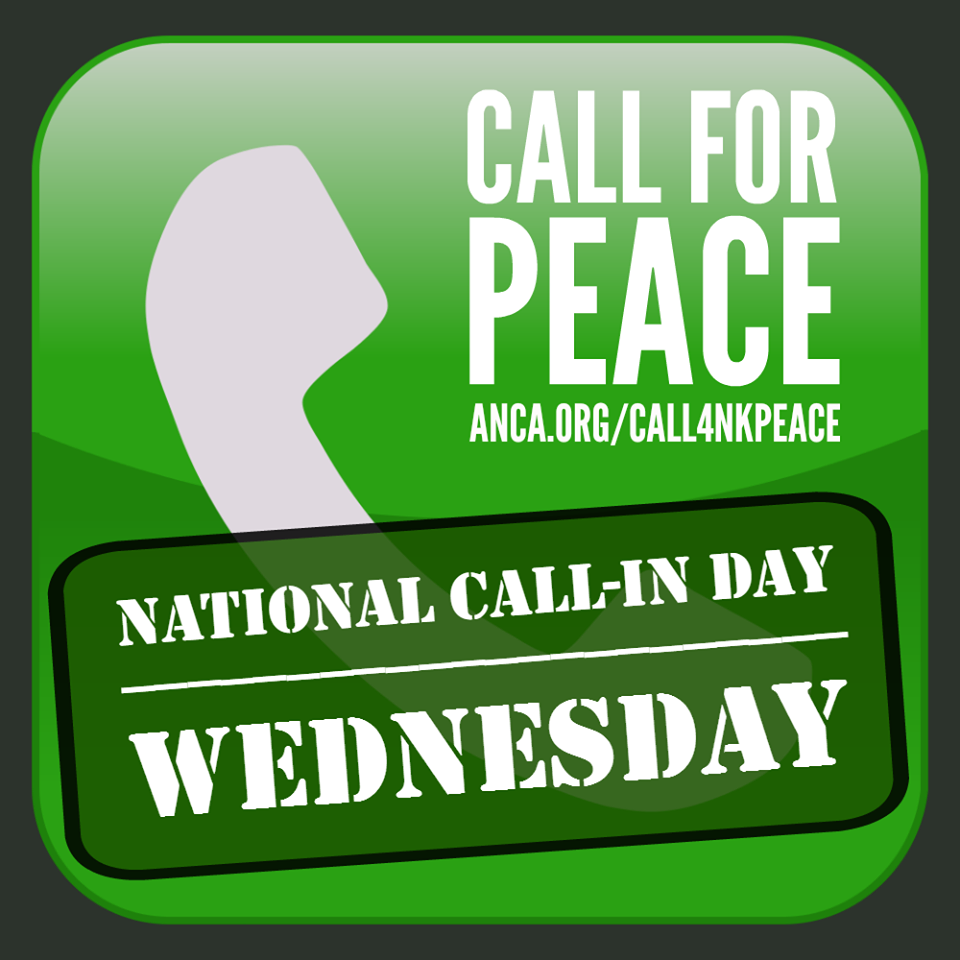 WASHINGTON, DC – A message of Karabakh peace will be delivered to Members of Congress from across America on Wednesday, October 21st, as Armenian Americans participate in a national call-in-day to support of a Congressional letter, authored by House Foreign Affairs Committee Chairman Ed Royce (R-CA) and Ranking Democrat Eliot Engel (D-NY), urging the implementation of concrete pro-peace measures along the borders between Armenia, Artsakh, and Azerbaijan border, reported the Armenian National Committee of America (ANCA).

The call-in day follows weeks of local and online outreach by supporters of Artsakh peace across the U.S. in the aftermath of Azerbaijani shelling of villages on the Armenia and Nagorno Karabakh Republic border at the end of September. These Azerbaijani attacks claimed at least 7 lives in two days. Over 60 Armenians and Azerbaijanis have been killed so far in 2015.

The Royce-Engel letter, addressed to Ambassador Warlick – the U.S. representative to the OSCE’s Minsk Group tasked with reaching a resolution of Nagorno Karabakh-related security and status issues – specifically calls for the U.S. and OSCE to abandon their failed policy of false parity in responding to acts of aggression, noting that: “The longstanding U.S. and OSCE practice of responding to each new attack with generic calls upon all parties to refrain from violence has failed to de-escalate the situation. Instead, this policy of artificial evenhandedness has dangerously increased tensions. There will be no peace absent responsibility.”

The letter outlines three concrete pro-peace steps that would, “in the short-term, save lives and help to avert war. Over the longer term,” the letter notes, “these steps could contribute to a comprehensive and enduring peace for all the citizens of the region:”

— An agreement from all sides not to deploy snipers along the line of contact.

–The placement of OSCE-monitored, advanced gunfire-locator systems and sound-ranging equipment to determine the source of attacks along the line of contact.

Armenia and Nagorno Karabakh have both expressed support for these life-saving initiatives; Azerbaijan has not.

Ambassador James Warlick has voiced the Obama Administration’s support for common-sense measures. In a statement issued to H1 Television’s Haykaram Nahapetyan, Ambassador Warlick explained, “We fully support the initiatives proposed by Congressman Royce and Congressman Engel. Confidence building measures and people-to-people programs reduce tensions and lay the basis for a lasting peace. We have raised each of these initiatives with the parties and will continue to pursue all steps that can lead to a negotiated settlement,” concluded Warlick.

More than 50 U.S. Representatives have already agreed to sign the Royce-Engel letter. It is scheduled to be mailed on Friday, October 23rd.