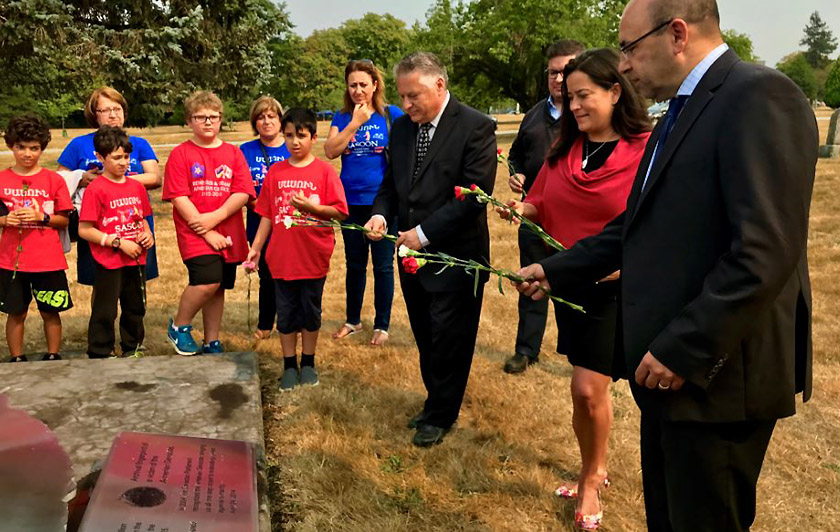 On Monday August 13th, Minister of Justice and Attorney General of Canada Hon. Jody Wilson-Raybould accepted the invitation of the Armenian National Committee of Canada Western Region and visited the Armenian Genocide Monument of Vancouver.
]

Minister Wilson-Raybould paid her respects by placing flowers at the Armenian Genocide Monument, and then made a few heartfelt remarks on the historic occasion.

In addressing the ANCC and community leaders and the dance camp youths, Minister Wilson-Raybould expressed that she was “incredibly pleased to be here and to lay flowers … recognizing the Armenian Genocide” . She added that “As the Minister of Justice and Attorney General of Canada, I consider it part of my mission to be a part of “ the annual April 24th commemorations, and to work to eradicate Crimes Against Humanity in all their forms.

The Minister spent time greeting the youths, and welcomed those who have recently arrived in Canada, remarking that “to live in a country as a First Nations Person and to recognize the diversity that exists in our country, when newcomers come they enrich our country greatly.”

Minister Wilson-Raybould pledged to continue to work together with the Armenian Canadian community to build relationships and to enrich Canada.