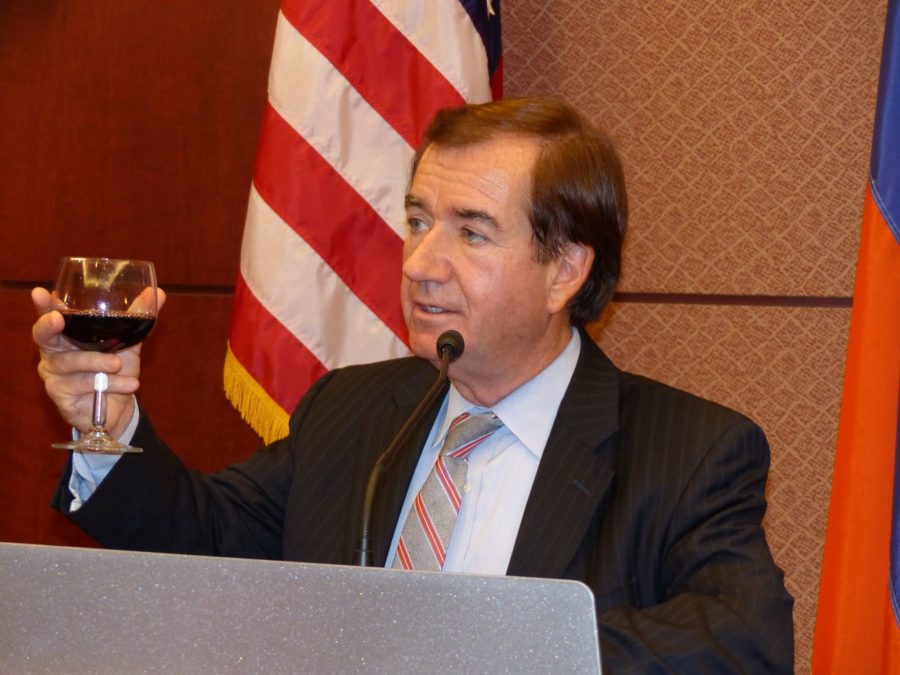 The program featured warm toasts by legislators, congratulating Armenia on a quarter century of independence and pledging continued partnership in further developing the U.S.-Armenia relationship, supporting Artsakh’s freedom, and ending U.S. complicity in Ankara’s denial of the Armenian Genocide. Ambassador Grigor Hovhanissian hosted the Congressional program, offering his own inspirational words regarding the U.S.-Armenia partnership, and inviting each legislator to offer their toast to mark this historic occasion.

In his remarks, ANCA Executive Director Aram Hamparian noted that, “when the Armenians look back up on the early years of their homeland’s reborn independence, they will surely remember and fondly recall the help of their American friends.” He went on to share the many ways in which America has assisted Armenia – from post-earthquake humanitarian aid to technical economic assistance and an aid-to trade transition that has brought unprecedented levels of U.S. investment to Armenia.

Hamparian emphasized the Armenian people’s commitment to regional peace, highlighting the commitment of both Yerevan and Stepanakert to the OSCE peace process for Nagorno Karabakh and the Royce-Engel proposals to strengthen the cease-fire. He closed by emphasizing Armenia’s reciprocation of American generosity, noting the high level of Armenian participation in peacekeeping operations – from Iraq and Afghanistan to Kosovo and Lebanon, Armenia’s partnership with the United States on nuclear safety challenges, and Armenia’s leadership in addressing the Syria crisis by serving as a safe haven for at risk minorities.

Additional videos will be posted to the ANCA website and social media outlets in upcoming days.

Photo: House Foreign Affairs Committee Chairman Ed Royce (R-CA) toasts the 25th Anniversary of the Republic of Armenia at the Capitol Hill celebration hosted by the Embassy of Armenia.