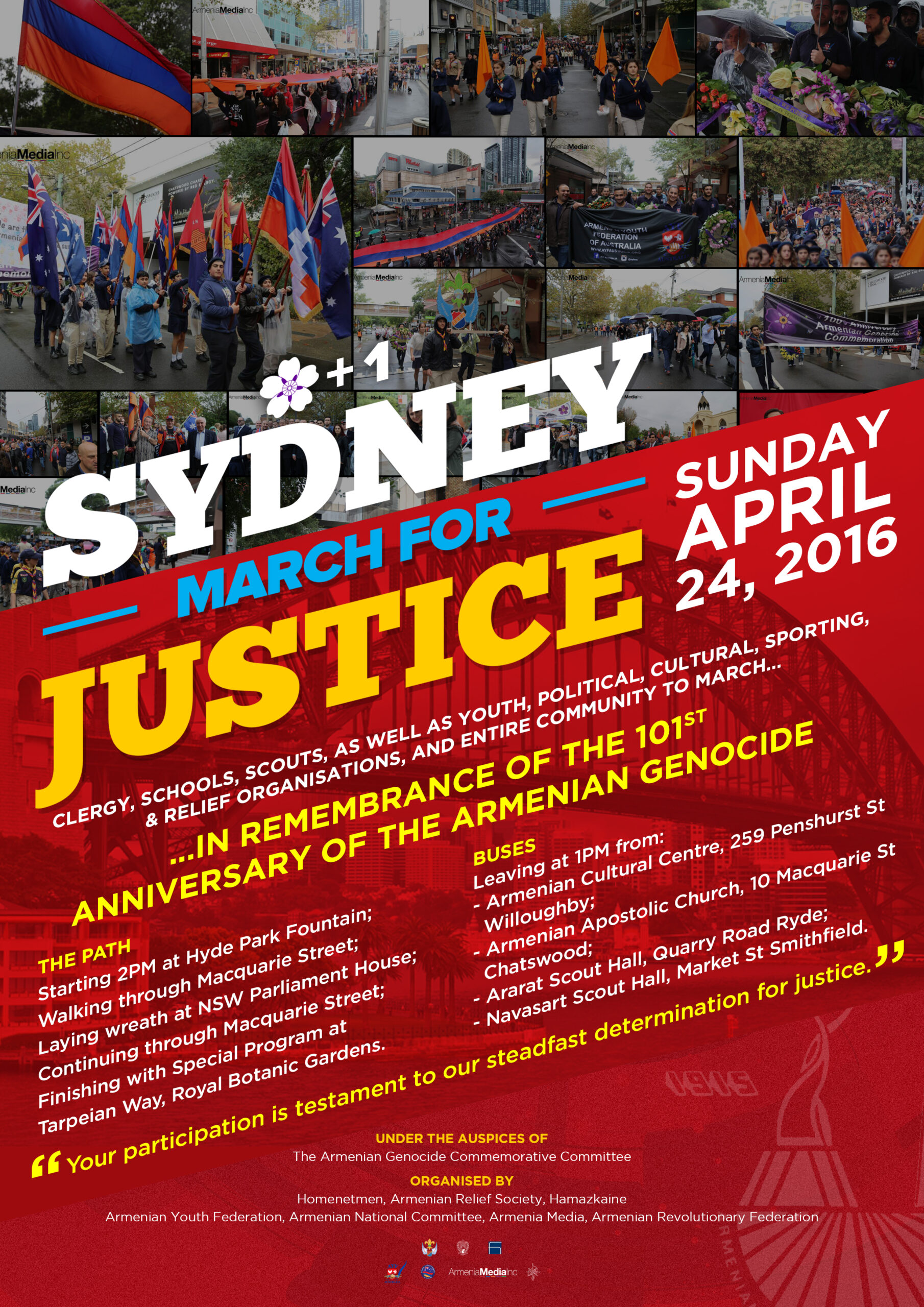 SYDNEY: The Armenian community of Sydney will #MARCHFORJUSTICE in Sydney’s CBD (Central Business District) this Sunday, April 24th in remembrance of the 101st Anniversary of the Armenian Genocide.

Participating in the March for Justice will be clergy from all Armenian churches, Armenian political, youth, relief and cultural organisations, as well as schools, dance groups and the entire Armenian community. The March will be led by the Homenetmen Scouts Band.

Marchers will meet at the iconic Hyde Park Fountain at 2pm. They will walk through Hyde Park, then Macquarie Street, which will be partially blocked to traffic by local police. Wreaths will be laid by organisations at the NSW Parliament House Khatchkar (Cross Stone), erected in 1997 to honour the memory of the 1.5 million victims of the Armenian Genocide and victims of all genocides.

The march will continue through to the Royal Botanic Gardens, where a short program will be held with the backdrop of the Sydney Harbour Bridge.

A statement from the organisers read: “This is an historic opportunity to express our united voice for justice as descendants of survivors of the Armenian Genocide, and remember what took place 101 years ago.”

“It is time, with Artsakh recently repelling another attack by Azerbaijan, for our community to join in numbers, show our solidarity with those in the motherland, and participate in what is a unique event that will be remembered for the ages.”