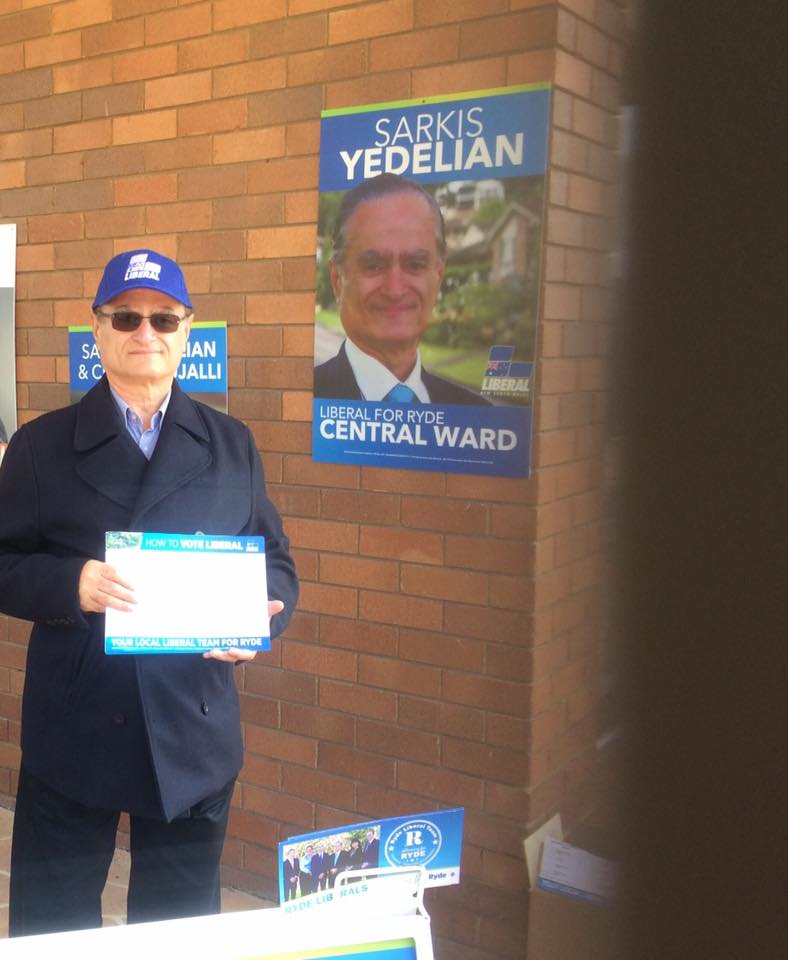 SYDNEY: Most NSW Council Election candidates who scored highly in the Armenian National Committee of Australia’s (ANC-AU) have been elected, including Armenian-Australian Sarkis Yedelian, who has been returned as a Councillor by residents of the City of Ryde.

In pre-election meetings with Ryde City Council, Willoughby City Council and Northern Beaches Council candidates, ANC-AU covered global Armenian issues, including ascertaining candidate positions on the Armenian Genocide, the rights to self-determination of the Republic of Artsakh, as well as local issues. For the local issues, ANC-AU members were joined by members of Armenian community organisation executives, who had interests relevant to the districts in which they serve.

A guide was released by ANC-AU following these meetings, which was published for the benefit of the NSW Armenian community (click here).

In the most Armenian-populated municipality of Ryde, Armenian-Australian Councillor Yedelian was returned, having led the Liberal Party’s ticket in the Central Ward. His party colleagues, Jordan Lane and Trenton Brown, the Australian Labor Party’s Jerome Laxale – all scoring top marks by ANC-AU – have won their seats in the new Council.

These Councillors will elect the City’s Mayor in coming weeks.

Armenian-Australian candidate, Sarkis Mouradian was unfortunately unsuccessful in his campaign in Willoughby.

Alexia Ereboni Yazdani, another Armenian-Australian Independent candidate in these elections, was unable to defeat the big parties in the Hills Shire Council. Yazdani achieved an encouraging statistic, earning more individual (below-the-line) votes than any other candidate in her municipality.

ANC-AU Managing Director, Vache Kahramanian said: “We congratulate all those who earned the trust of their electorate and we look forward to working with all Councillors this coming term. We congratulate those who participated in the elections, but were unable to earn a mandate on this occasion, particularly the Armenian-Australian candidates.”