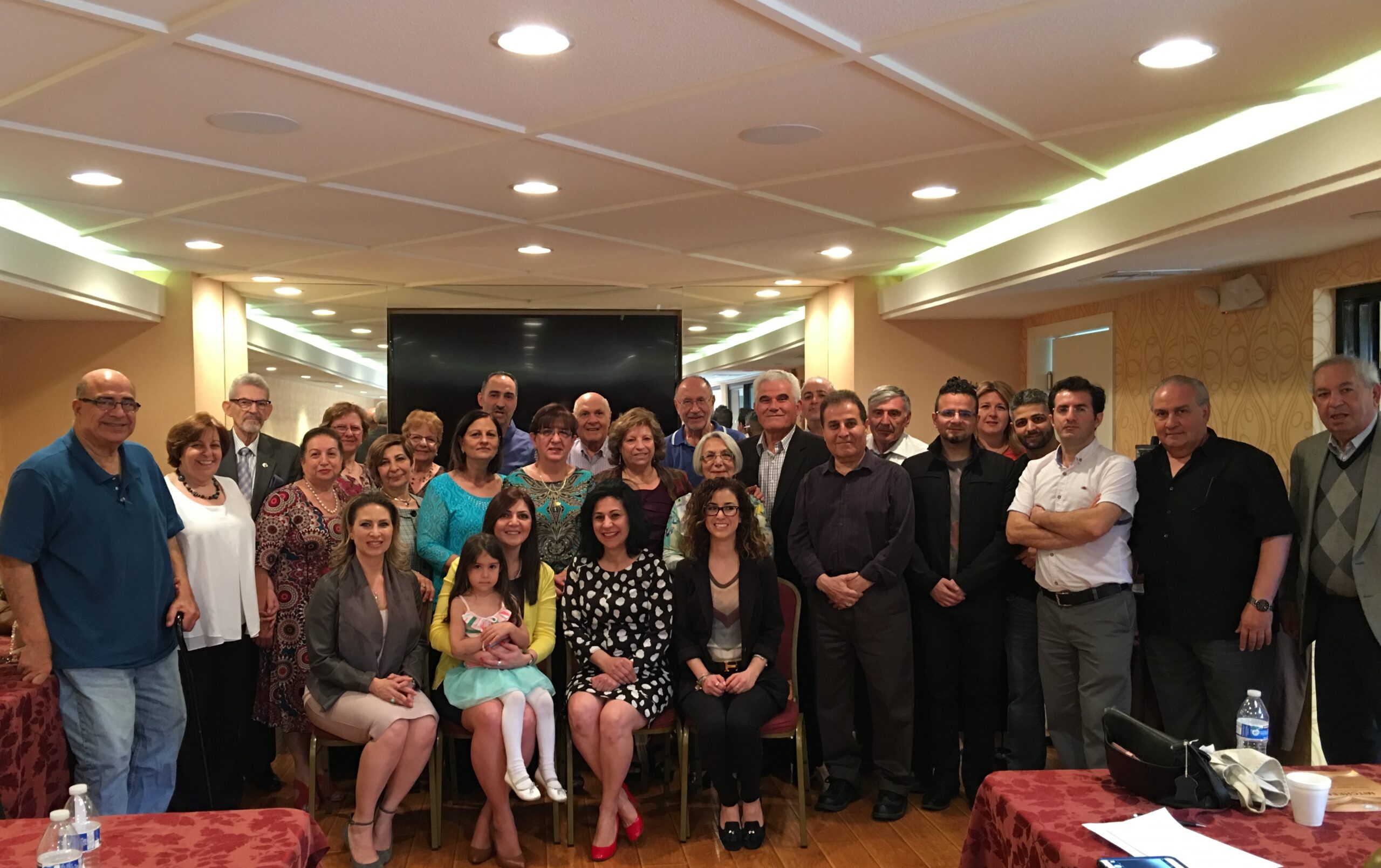 Local Elections, Statewide Advocacy and Genocide Education Among Highlighted Topics at ANCA In Your Neighborhood Townhall in Nevada

“The Las Vegas Armenian community has grown exponentially in recent years and is uniquely positioned to effect policy and election results on all level of government. Working with our local chapter and activists, we look forward to amplifying our community’s collective voice in the state’s democratic process and encourage community members to get involved in the many activities planned for this year,” stated ANCA-WR Executive Director Elen Asatryan.

Led by Asatryan, ANCA-WR board member Anahid Oshagan, and ANCA-Nevada co-chairs Hera Armenian and Lenna Hovanessian, the town hall covered a variety of topics, including the upcoming April 4th Nevada elections and the power the Armenian American community and votes hold in election results, building and cultivating relationships with state and federal officials, commemorating the Armenian Genocide on April 24, gearing up for The Promise Film release weekend scheduled for April 21st, and working with local municipalities and school districts in spreading awareness about and teaching of the Armenian Genocide.

“Our community’s mission is advancing the Armenian cause through grassroots local advocacy and making our voices heard through politics, education and most recently, film. We must shed light on our past, empower ourselves in the present in order to build a better future for our communities, as well as our ancestral homeland,” remarked ANCA-Nevada co-chair Lenna Hovanessian, Esq.

Following the town hall, which was hosted at the Saint Garabed Armenian Church in Las Vegas, ANCA-Nevada registered attendees to vote in the upcoming local elections. The Las Vegas Primary Elections will take place on April 4th. In order to vote, you must be registered. Vote from home, vote early at one of the early voting polling locations or on Election Day, April 4. Additional details are available on www.lasvegasnevada.gov.

After the town hall, visiting ANCA-WR leaders and ANCA-Nevada board members visited the Armenian Genocide Memorial in Las Vegas and met with Councilmember Stavros S. Anthony to discuss his re-election bid for Las Vegas City Council Ward 4. Of Greek descent, Councilmember Stavros S. Anthony has been a resident of Las Vegas for 35 years and was first elected to represent Ward 4 June 2, 2009. He holds the proper recognition and resolution of the Armenian Genocide as an issue near and dear to his heart as his family was also victim to the 1915 massacres by the Ottoman Empire. After an in-depth discussion of Armenian American issues, ANCA-Nevada announced its official endorsement of Councilmember Anthony’s reelection bid. The press release announcing ANCA-Nevada’s endorsement is available on http://www.ancawr.org/lv/. The map of Ward 4, where ANCA Nevada-endorsed Councilmember Stavros S. Anthony is seeking reelection, is available at www.lasvegasnevada.gov/cs/groups/public/documents/document/dhn0/mday/~edisp/tst002946.pdf

“We appreciate ANCA-WR’s vigilance in empowering local chapters throughout the region, including leading the Las Vegas town hall and joining meetings with elected officials. As Armenian-Americans, and as a growing minority in Las Vegas, Nevada, we have an obligation to engage our community, to educate and elevate our future generations, and practice our civic duty,” remarked ANCA-Nevada co-chair Hera Armenian, Esq.

The ANCA-WR Town Hall series is an effort to reactivate and engage Armenian American communities throughout the Western United States. The meetings are led by ANCA-WR senior staff and board members, who provide attendees with an overview of the organization, its priorities on the local, state, and federal levels, and recent developments affecting Armenian-Americans, Armenia and Artsakh. During the townhalls, community members have an opportunity to ask questions, discuss local community needs, make recommendations, and learn about ways to get involved with ANCA efforts locally.

Community members interested in getting involved on the local level may contact ANCA-WR Community Development Coordinator Simon Maghakyan at Simon@ancawr.org or 818.862.2622.