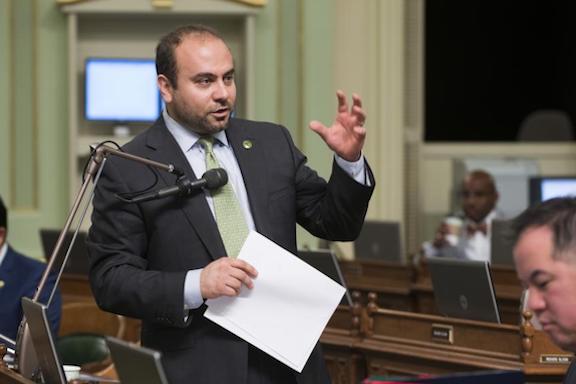 SACRAMENTO—The Divestment from Turkish Bonds Act, Today, AB 1597, on Monday passed the Senate Public Employment & Retirement Committee by a vote of 4-0, with one abstention, continuing a historic movement to hold Turkey accountable for their continued denial of the genocide of 1.5 million Armenians.
]

“I am grateful for my colleagues for joining with me to fight for justice for the 1.5 million Armenian souls who perished in the Genocide,” stated Assemblymember Adrin Nazarian. “If Turkey continues to fund Armenian Genocide deniers they must be financially punished.”

“For the past few years, the ANCA-Western Region has been diligently working closely with the Armenian Youth Federation and Assemblymember Adrin Nazarian on advancing the Divest Turkey initiative step by step, and we are gratified that AB1597 cleared one more hurdle today,” said Nora Hovsepian, Esq., the chair of the Armenian National Committee of America-Western Region.

“We look forward to seeing California’s investment policy come into alignment with its unequivocal policy calling for justice for the Armenian Genocide, and we will continue to do all we can to achieve this goal,” added Hovsepian.

The boards shall liquidate investments only upon action taken by the federal government. More specifically, CalPERS and CalSTRS must liquidate any of the investments described above within six months of the passage of federal sanctions on Turkey.

AB 1597 will now be debated and voted on by the Senate Judiciary Committee, on Tuesday.