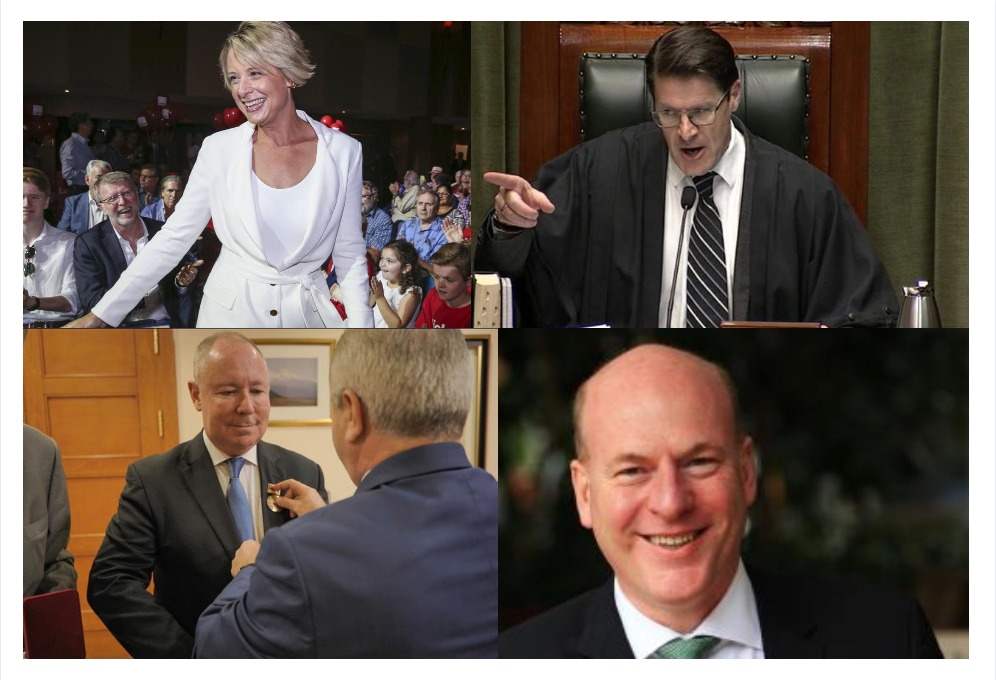 SYDNEY: Federal parliamentarians Kristina Keneally and Trent Zimmerman, as well as the Speaker of the New South Wales Parliament Jonathan O’Dea and prominent NSW Opposition figures including Walt Secord and Hugh McDermott will be among those on the star-studded guest list of supporters to attend the Armenian National Committee of Australia’s (ANC-AU) Annual Gala Banquet.

Senator Keneally has spoken in support of Armenian Genocide recognition in the Senate and in public, and famously interrogated Michael Ebeid when he led SBS’s policy of referring to the Armenian Genocide with qualifiers. She was also one of the inaugural signatories of the Australian Friends of Artsakh.

Mr. Trent Zimmerman MP was the founding co-chair of the Armenia-Australia Interparliamentary Union (Federal Parliamentary Friendship Group / Caucus). In 2018, along with The Hon. Joel Fitzgibbon MP, Mr. Zimmerman was awarded the ANC-AU Armenian-Australian Community’s Friend of the Year after moving a motion in the Australian Parliament’s House of Representatives recognising the Armenian Genocide through the prism of Australia’s first major international humanitarian relief effort.

Mr. Zimmerman was among the first Federal-led Armenian Delegation to visit Armenia in September 2019, and was also one of the inaugural signatories of the Australian Friends of Artsakh. 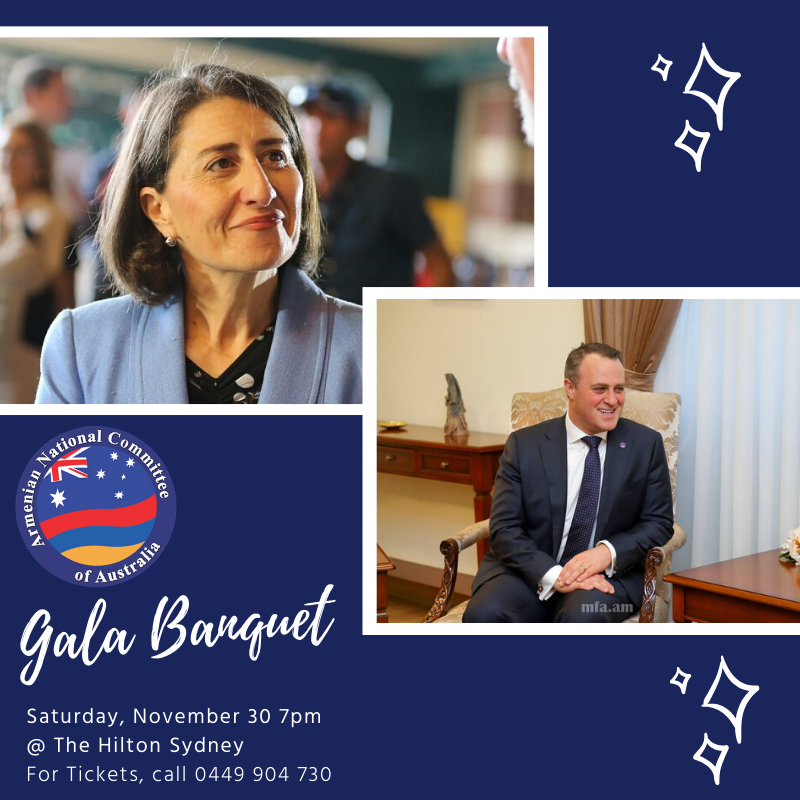 Senator Keneally and Mr. Zimmerman will be joined by Federal parliamentary colleague and Chair of the Australian Parliament’s House of Representatives Committee on Economics, Mr. Tim Wilson MP. Mr. Wilson will be joined by a fellow Armenian-Australian in the Premier of Australia’s largest state of New South Wales, the Hon. Gladys Berejiklian (read more about the Armenian-Australian contingent by clicking here).

Another attendee from State Parliament will be the Hon. Jonathan O’Dea MP, who is the Chair of the New South Wales Parliamentary Friends of Armenia group, and continues to advocate for the self-determination of the Republic of Nagorno Karabakh and Armenian Genocide recognition by the Commonwealth of Australia.

Mr. O’Dea, who was recently named Speaker of the Legislative Assembly of the parliament of Australia’s largest state of NSW, has visited Armenia and Artsakh as part of a NSW Delegation, and has spoken in parliament and publicly in support of Armenian issues.

Shadow Treasurer the Hon. Walt Secord MLC is Vice-Chair of the New South Wales Parliamentary Friends of Armenia group, and will also be in attendance at the ANC-AU Annual Gala Banquet.

He is a valuable ally to the Armenian community, with his pioneering visits to Armenia, Western Armenia, Artsakh and Javakhk solidifying his support for the recognition of the Armenian Genocide by the Commonwealth of Australia and the rights to self-determination for the Armenians in the Republic of Artsakh. Mr. Secord is also a signatory to the Australian Friends of Artsakh network.

Among the attendees will also be Dr. Hugh McDermott MP, who was the most recent New South Wales parliamentarian to visit the Republic of Artsakh as part of the historic Federal-led Australian to Artsakh.

The Member for Prospect is an outspoken advocate on Armenian issues, including the rights to self-determination of the Armenians of the Republic of Artsakh and Armenian Genocide recognition by the Commonwealth of Australia.

On the recent delegation to Armenia and Artsakh, Dr. McDermott was honoured with a Presidential Medal from the Republic of Artsakh President His Excellency Bako Sahakyan for his exemplary advocacy for the rights to independence of the Armenians of Nagorno Karabakh.

Former Member of the NSW Legislative Council and visitor to Armenia and Artsakh, Ms. Amanda Fazio will also grace the event with her presence at the Gala Banquet, which will also host other prominent members from Australian public life academia and the media.

“The ANC-AU Gala Banquet is our annual opportunity to celebrate our collective accomplishments in the name of Hai Tad (the Armenian Cause), together with all those who contributed within our community and beyond,” said ANC-AU Executive Director Haig Kayserian.

To support the Armenian National Committee of Australia with your attendance, please book your tickets and tables by consulting the phone numbers on the flyer below or online by clicking here. 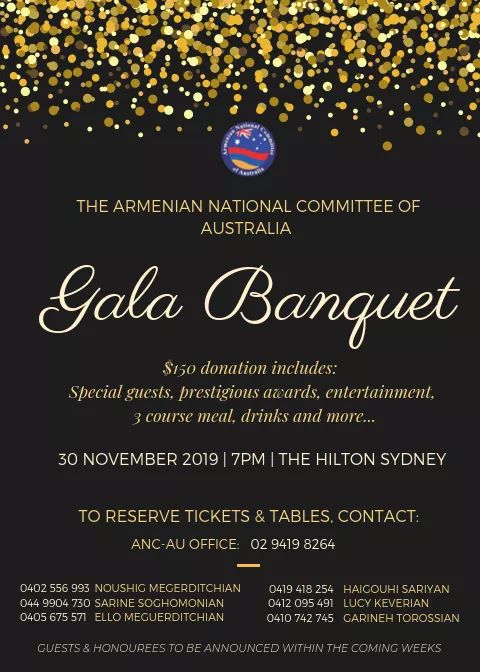