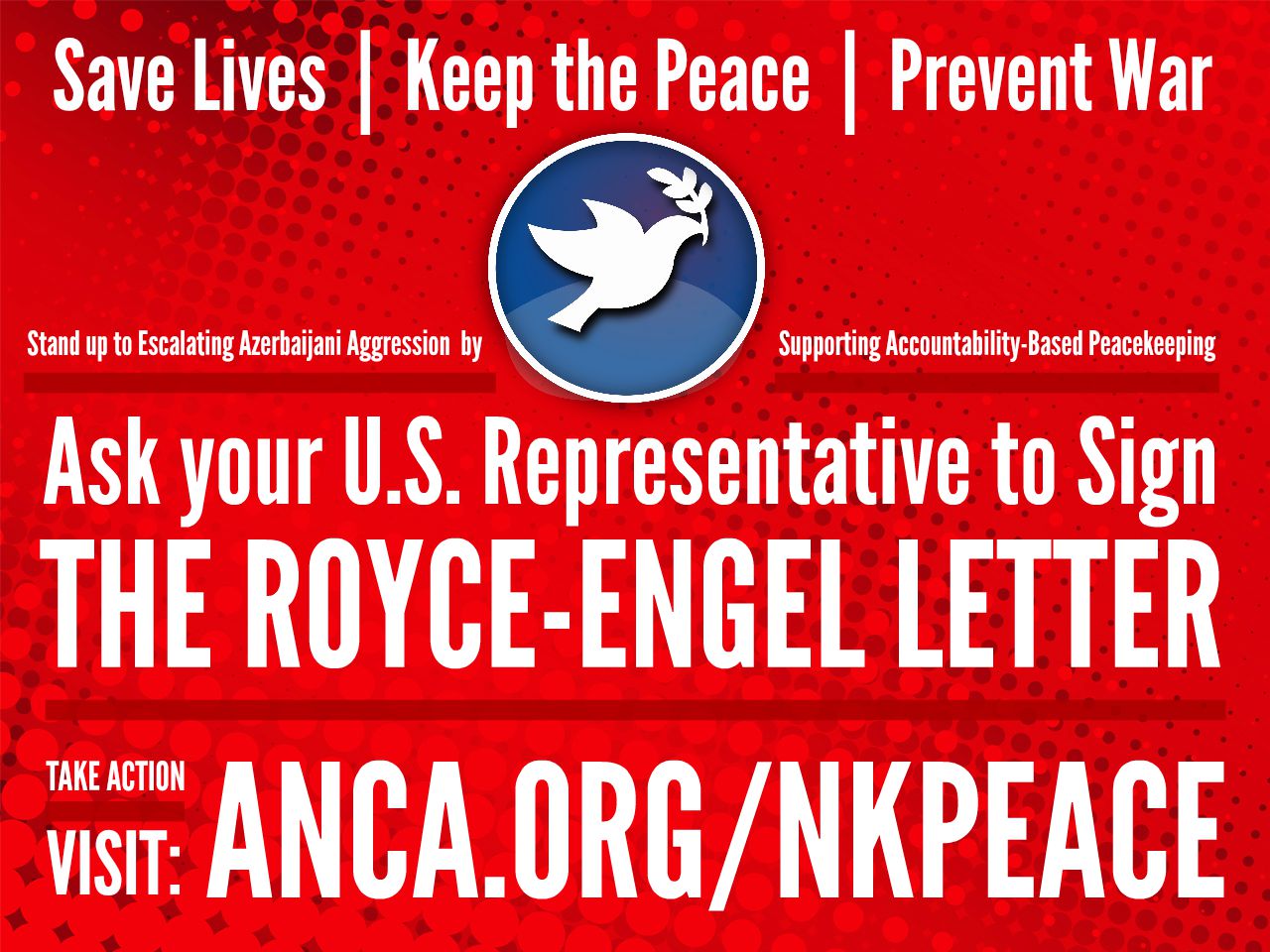 He wants to keep killing Armenians, inciting hatred, and playing to the most hateful anti-Armenian elements of his own population. At home, he wants to continue crushing dissent, jailing the opposition, and shutting down the free press. But, like so many bullies, he’s a coward at heart – one that wants, at all costs, to avoid having to take any responsibility for his actions.

The bad news is that until now, enriched by Caspian Sea oil, he’s gotten away with it.

It’s time for that to stop.

Aliyev needs to be held responsible. It’s time for the United States and our international partners to abandon our policy of false parity, a failed approach that answers every Azerbaijani military escalation against Artsakh and Armenia with a only a generic call on all parties to refrain from new attacks. That’s worse than weak. It’s surefire a recipe for more violence.

The good news is that the bipartisan leadership of the U.S. House Foreign Affairs Committee gets it.

Chairman Ed Royce and Ranking Member Eliot Engel are working hard for peace. In pursuit of a non-violent resolution, they are collecting the signatures of their House colleagues on the Royce-Engel letter. This direct appeal to the Obama Administration demands accountability, calls for an end to artificial evenhandedness, and offers a constructive alternative: An accountability-based approach to peacekeeping that calls out and confronts the actual perpetrator of violence.

In support of this responsibility-oriented approach, Representatives Royce and Engel propose three specific steps. The first two reflect longstanding calls by the international community to withdraw snipers and add more observers. Both of these initiatives are backed by Armenian and Artsakh, but, to no one’s surprise, their implementation is blocked by Azerbaijan.

Their third proposal – the internationally mandated deployment of gunfire-locator systems – is also welcomed by the Armenian side, as a practical investigative mechanism to identify the source of sniper, small arms, and artillery fire. Relatively easy and inexpensive to deploy, this equipment, which would be arrayed along the line of contact, can provide observers with reliable data within just seconds. Similar technology is being used in Afghanistan,Ukraine, and even in major cities across the United States. Given the nature of military challenges along the front lines, however, such gear, to be effective, would need to be installed and kept safe with the support of the international community and the agreement of all parties. Azerbaijani president Ilham Aliyev is so very fearful of this technology precisely because it will offer proof of his culpability. And it’s because he is so afraid of being held accountable for his actions that he has blocked the deployment of life-saving technology.

Armenia and Artsakh stand on the side of peace. They want an agreement on the non-deployment of snipers. They want more OSCE observers on the ground. And they want to leverage technology to save lives, avert war, and pave the way to a just and enduring peace. It is Azerbaijan, lead by Ilham Aliyev, that is threatening war, filling its arsenals, and escalating aggression – at the cost of lives on both sides.

It is time for America, the Organization for Security and Cooperation in Europe, and the entire international community to confront Aliyev’s aggression and put in place common-sense peace-keeping measure to check Azerbaijan’s reckless march toward war.

Please encourage your Members of the U.S. House of Representatives to support peace by co-signing the Royce-Engel letter. Write or call today: