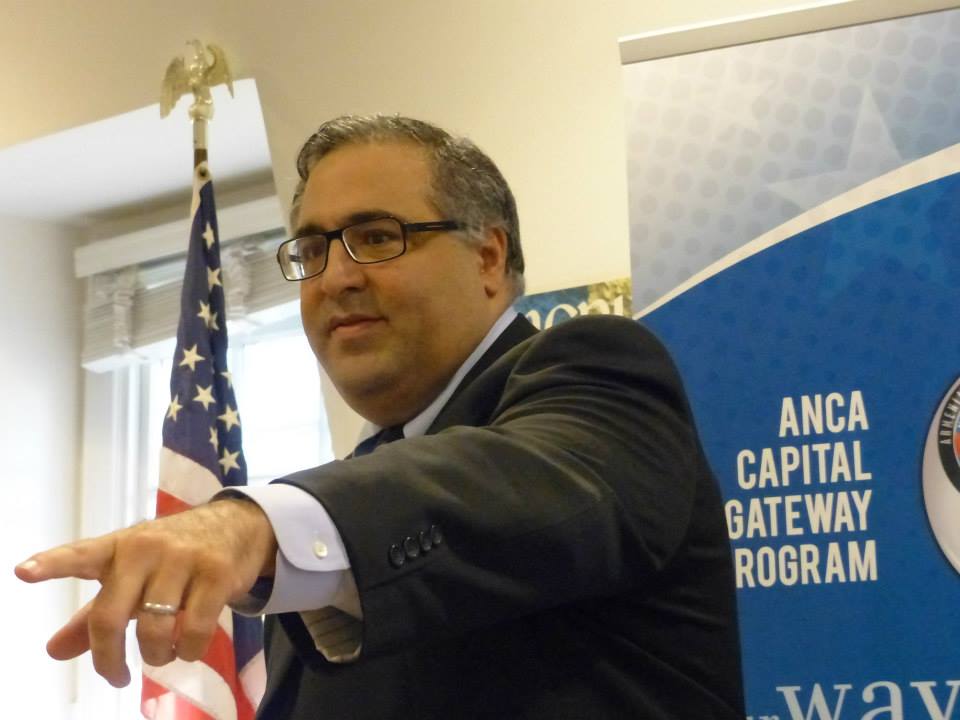 (ARMENIAN WEEKLY) It’s particularly vicious when people preach that Armenians should only be working for change from within Turkey.

We once had this chance, and, despite great challenges and even greater risks, Armenians played a courageous and consequential role in reforms—until 1915, that is, when Turkey massacred and exiled us, effectively ending our ability to press for progress as citizens of that state.

It takes either a very cruel or an equally calculating heart to lecture the brutalized victims of a crime about their failure to rehabilitate their attackers.

Given the vast post-genocide power asymmetry between the Turkish state and the surviving Armenian citizens of Turkey—or between Turkey and landlocked, partitioned, and blockaded Armenia for that matter—arguing that the Armenian Genocide should be a matter between Turks and Armenians is just a harsh way of saying leave Turkey alone to consolidate the fruits of its crime.

Turkey’s preferred “leave the lamb to the lion” formulation is all the more one-sided by virtue of the added power it secured through the genocide and the incalculable harm caused to the Armenian nation by this still-unpunished crime.

This deeply flawed approach, of course, stands at odds with the basic conceptions of justice held by nearly every culture on earth. Genocide may be the worst of all crimes, one with serious geopolitical implications, but it remains a crime. Not simply a matter between Turks and Armenians, but—like any genocide—an issue for all the world.

It is to our credit that decades of diasporan advocacy for justice—undertaken in countries around the world in the wake of our near annihilation—has started to break down walls of denial in Turkey and sparked a small but growing domestic movement for a truthful and just resolution of the Armenian Genocide.

Having “forced the Spring,” we are now—with increased resolve—waging our struggle on two mutually reinforcing fronts: one in Turkey, one in the rest of the world.

As we pivot toward reparations and make progress within Turkey itself, we will—as Armenians—be lectured without end about our responsibility to meet Turkey half-way on the Armenian Genocide, to accept the patently false and immoral premise that the truth lies somewhere between two “narratives,” to forgive without repentance and to “move on” without reparations.

Ask yourself, would any of the experts, politicians, PR professionals, or other self-righteous types pitching this patronizing and self-serving trash counsel the same if it were their families who were mercilessly killed or driven from their homes?

Genocide is a crime, not a conflict.

The Armenian Genocide requires a truthful and just international resolution, one that punishes the perpetrator state, restores the victim, and prevents future genocide. In a word: JUSTICE.