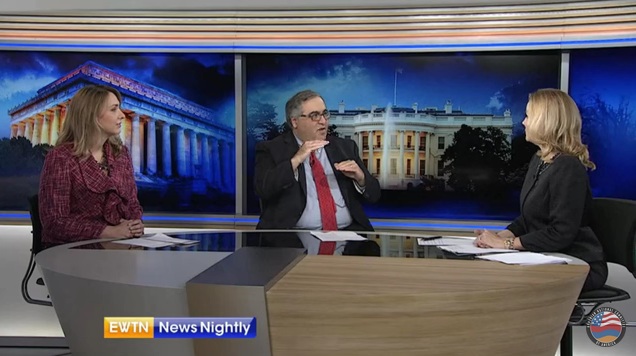 The European Parliament this week designated the ISIS attacks against Christians and other religious minorities in the Middle East ‘genocide’.

On February 5th, the ANCA’s Aram Hamparian joined In Defense of Christians Executive Director Kirsten Evans on the EWTN Nightly News to discuss efforts to secure the proper White House designation of ‘genocide’ for the ongoing slaughter of Middle East Christians.

Take Action to Urge US recognition of ISIS attacks on Christians and other religious minorities ‘genocide’
http://cqrcengage.com/anca/app/onestep-write-a-letter?0&engagementId=133373